By Miranda Cook
2 Comments
Watching the perfectly preserved soft tops and big wheels of the Ford Model A roll past at Walter Peak, it was easy to imagine life on the road in a different era.

The Model A - successor to the Model T - was built in the United States between late 1927 and 1931, but enthusiasm for it among collectors is undimmed many decades later.

A contingent of 150 classic cars, with about 300 drivers and passengers, hit the road on a five-day journey through Southland this week as part of the 14th National Model A Rally. 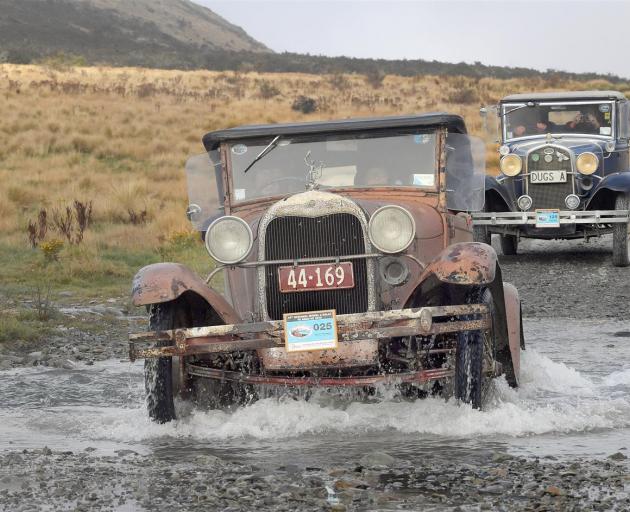 John Wilson, of Christchurch, splashes his 1929 Ford A through a creek on the Mavora Lakes road. One hundred and fifty cars journeyed from Te Anau to Walter Peak station yesterday during the 14th National Model A rally. Photo: Stephen Jaquiery

Drivers will travel on alternative routes via Western Southland or Borland Saddle, before returning to Te Anau for a goodbye breakfast on Friday.

Rally director John Tremaine said the Model A was known for being reliable and a hugely popular ''people's car''.

''There were once 20 million Model As, but obviously there aren't that many left.

''Some at the rally are originals. Others have been totally restored,'' Mr Tremaine said.

Rally participants come from around New Zealand and as far afield as the United Kingdom, the United States and Australia.

In 2001, Dave Rees from Christchurch bought nothing more than the bare bones of his 1930 Model A.

It took him about 10 years and a lot more than elbow grease to get his car, ''Wander'', on the road.

''I had to source parts from America. Someone had the bumper bars under their bed, and I had to get them flown from there and tidy them up.''

The vehicles in the rally cost between $15,000 and $40,000, but that does not include ongoing restoration and operational costs.

But for Mr Rees, it seems you cannot put a price on passion.

''I've told people when I die, just dig a big hole and bury the car with me. I'll never sell it.''

Mr Rees, Dad, true gentleman, legend! Proud of his hard work and persistence! Such wonderful character! He has many jokes and stories to share! Visited him a few weeks ago and he gave us a ride.