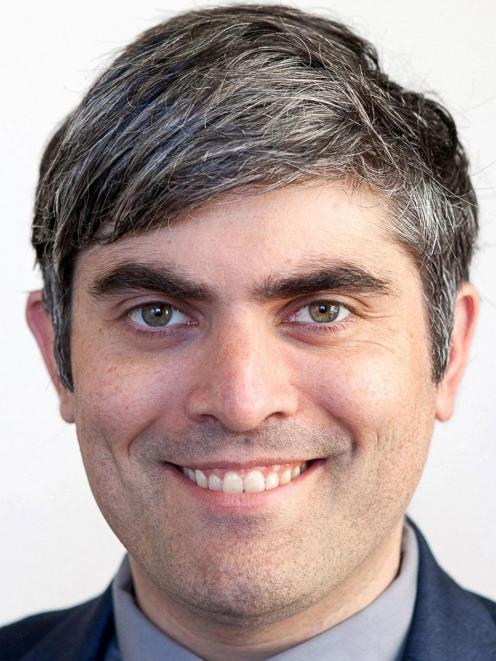 Aaron Hawkins
New ways to encourage inner-city living in Dunedin are under the microscope as mayoral candidates spar over the need for new ''downtown'' apartment blocks.

The council was investigating new ways to encourage the development of inner-city living options and would present a report to councillors.

Mayor's Taskforce for Housing chairman Cr Aaron Hawkins said that could include rates relief and other financial incentives.

The move came after the task force's final report, released last month, said Dunedin was on the verge of a housing crisis as prices skyrocketed to nearly six times the average household income. 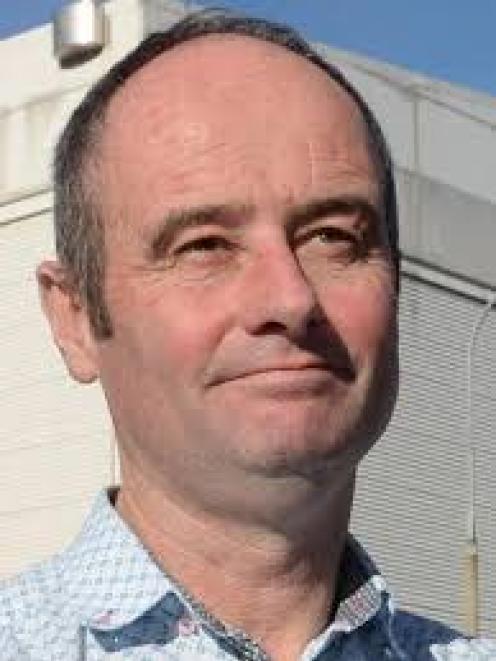 Cr Jim O'Malley had also pointed to housing as a major focus when he announced on Monday he would stand for the mayoralty in local body elections in October.

He said the city needed to find ways to encourage developers to accelerate the pace of new housing, and larger mixed-use apartment buildings in the central city offered one solution.

Such buildings - particularly in the central city between George St and the one-way street network - would also reduce traffic congestion and parking pressures, he said.

If the pace of growth continued, the city would need at least 500 new homes each year, and consenting and construction took time, he said.

''My feeling, and the general feeling out there in the community, is that any existing housing stock that was available is starting to disappear quickly.

He envisaged new buildings that included retail or other commercial activity on lower levels and apartments above, to enhance activity around them.

The first buildings would not be ''massive'', but taller structures could follow in time, Cr O'Malley suggested.

Dr Johnson said district plan rules limited buildings along central George St to three storeys, while those between George St and the one-ways could be up to four storeys. Apartments were permitted ''as of right'', and a resource consent might not be required, but ground floors were usually required to have a different use, such as retail.

Discussions with developers and real estate agents had identified latent demand for inner-city apartments including by empty-nesters, students and professionals, she said.

However, the economics of developing them - which usually requiring the demolition or conversion of existing buildings - stood in the way, she said.

Cr Hawkins said new inner-city apartment buildings were ''definitely part of'' the housing solution for Dunedin, but work was already under way, including budgeting $130,000 to start a housing action plan.

He found it ''odd'' the idea of encouraging new apartment buildings was being raised now, when it had been during the council's latest annual plan round - the third such budget meeting for the current council.

''At any point, in any of those years, anyone could have moved to increase or decrease funding. I don't know why people choose not to take those opportunities, but to pretend like we don't have them is just wrong.''

Maybe the reason inner city apartments are not taking off is because of you- the DCC with all its rules and regulations....The DCC is an entity looking after its own first and we the ratepayers second.

Didn't read the whole article, Hawkins wants to be Mayor what else does he have hidden up his sleeve?

Don't do it !!! NO!!!! - Look at all the areas of Land within the Dunedin area that could be developed - Look at the UK and the awful housing areas of Scum, Does Dunedin really want this NO WAY, Look at Central Auckland now with the rubbish Appartments all jammed in together small as. Stop these clowns from further wreaking the City. At worst see who owns the properties or has shares in them.and take action if any owners are friend, relatives or in positions, - Does the City plan have this as a solution?

Yes, agree that any inner city apartments to be affordable would have to be such low quality they would most likely be shoddy and so white elephants and a blot on the inner city landscape. I think the recent Review of the DCC. District Plan ( called 2GP IMO to confuse people) got it completely round the wrong way when it increased inner city residential density, instead of championing more open spaces in the city and also restricted rural subdivision to no smaller than 40 hectares, creating a serious shortage of building land and making the price of land in the inner city and near suburbs skyrocket. Also making small scale horticultural enterprises largely unaffordable. Do these candidates take the District Plan into account?