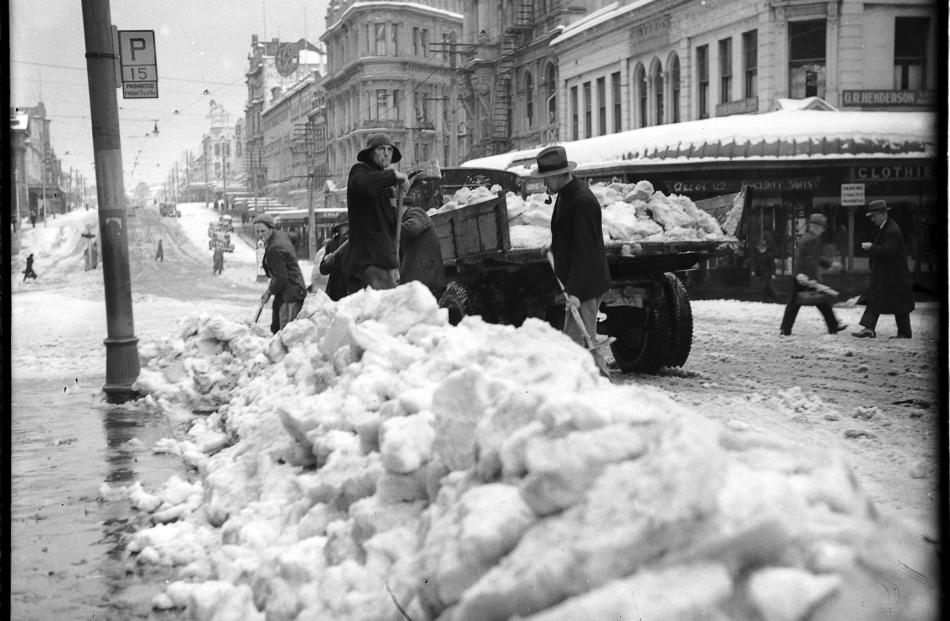 Large quantities of snow were removed from the Exchange, in Dunedin, by men with shovels and truck. PHOTO: EVENING STAR 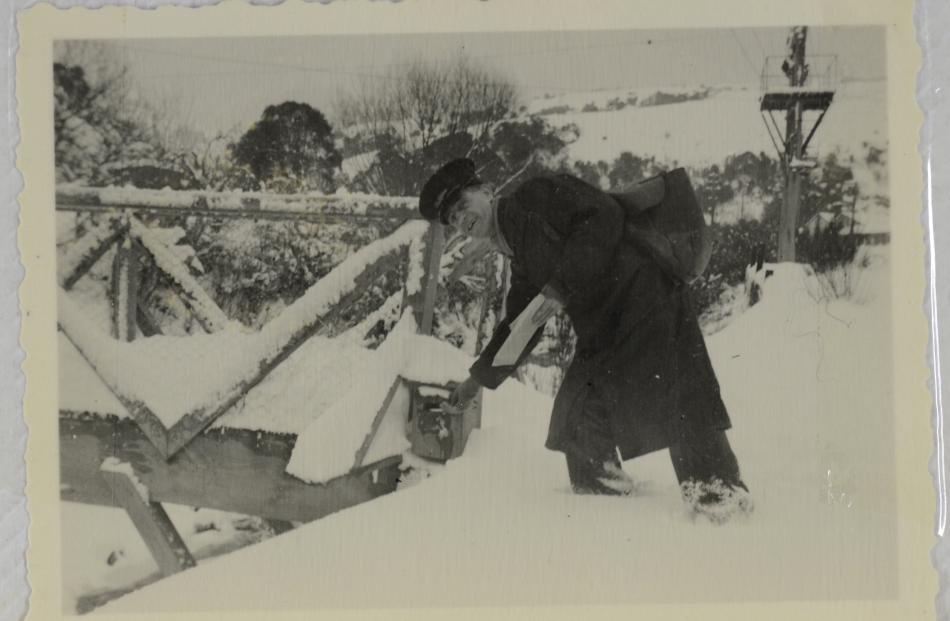 A postman delivers mail to a Leith Valley address during the great snow. PHOTO: GEOFFREY CLARKE 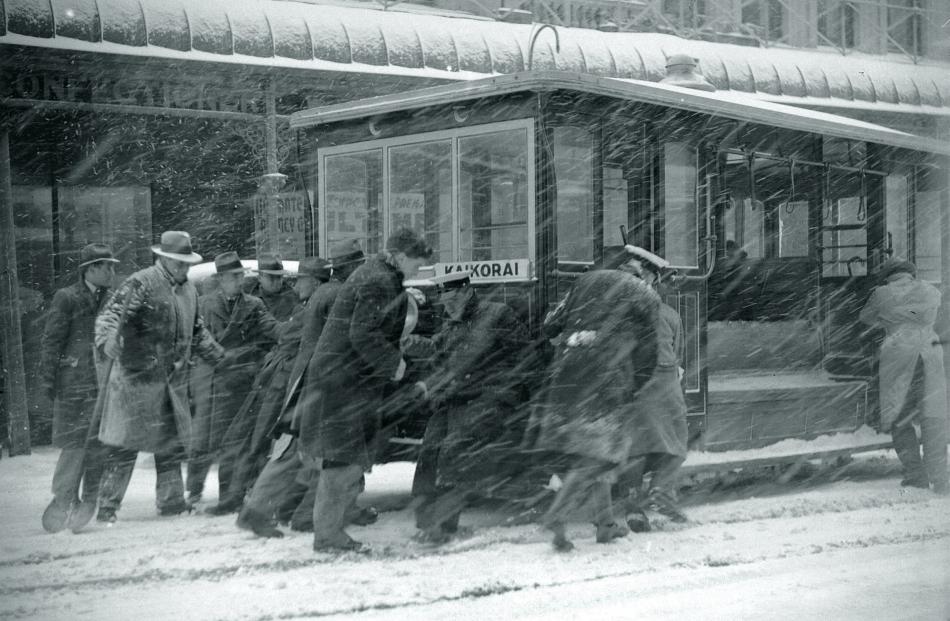 Passengers get out to push the struggling Rattray St cable car near Princes St, in Dunedin, during the ‘‘Great Snow’’. PHOTO: EVENING STAR 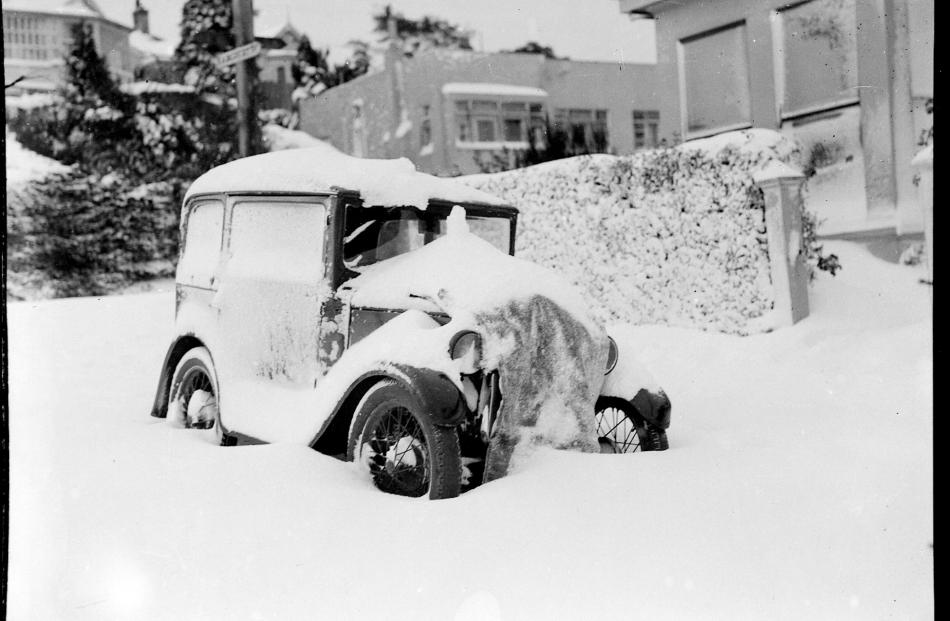 A car is buried under snow, which blocked most streets around Dunedin. PHOTO: EVENING STAR 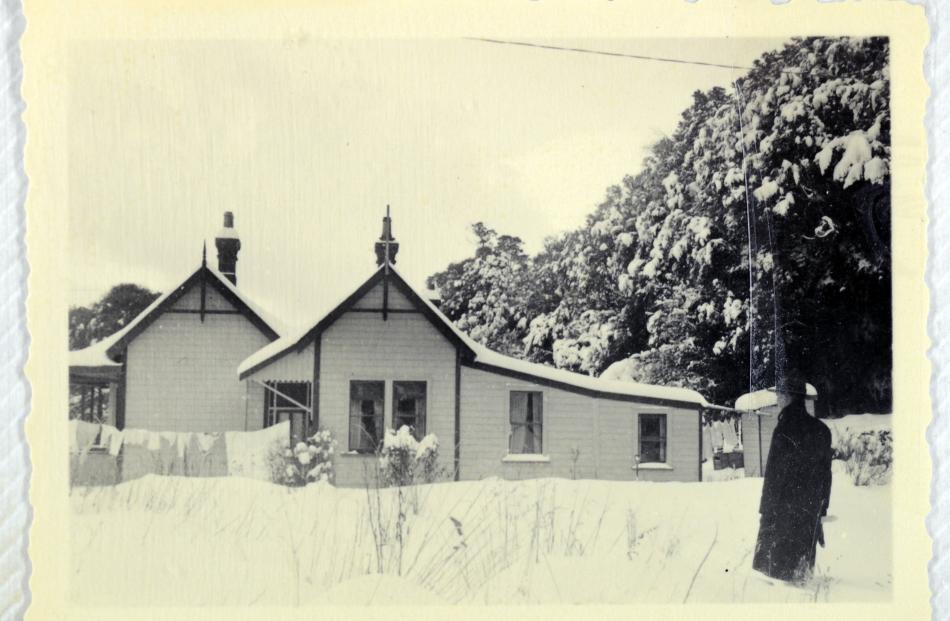 A Leith Valley resident admires the sheer amount of snow that fell in the valley during the great snow. PHOTO: GEOFFREY CLARKE 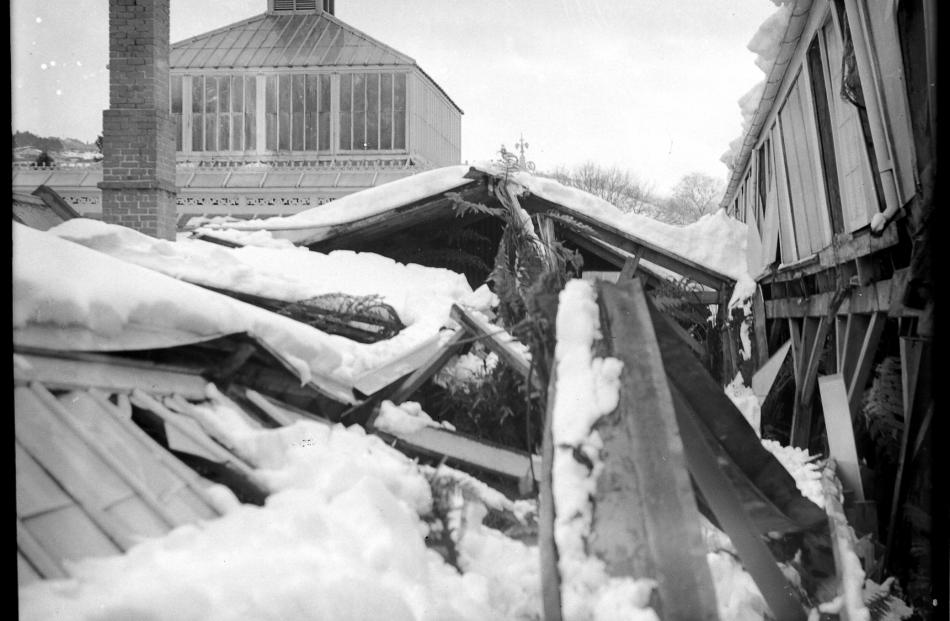 Heavy snow caused the roof of the fernery at the Dunedin Botanic Garden to collapse. PHOTO: EVENING STAR 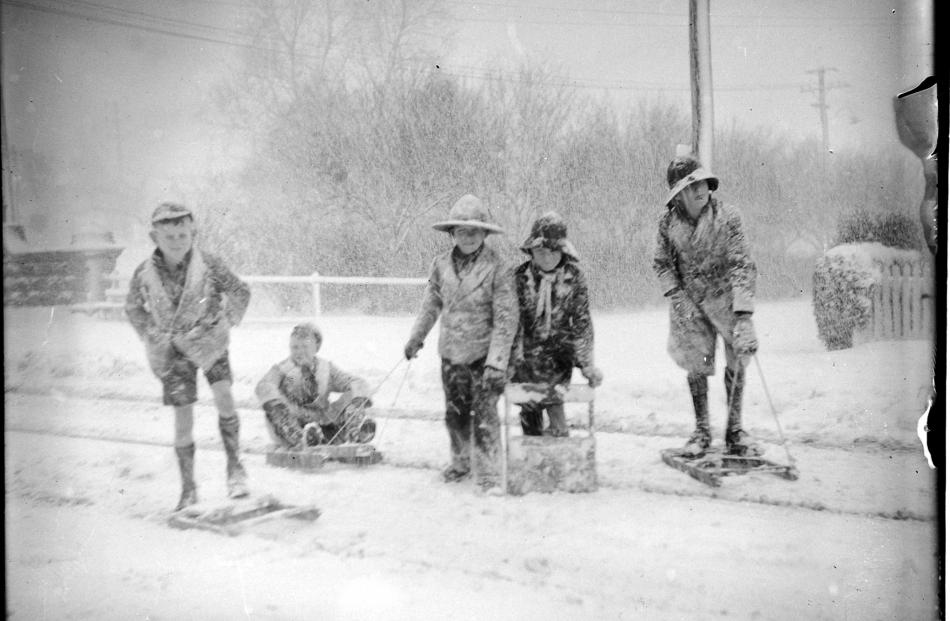 Children, some in shorts, play in the snow near the bridge at the north end of George St. PHOTO: EVENING STAR 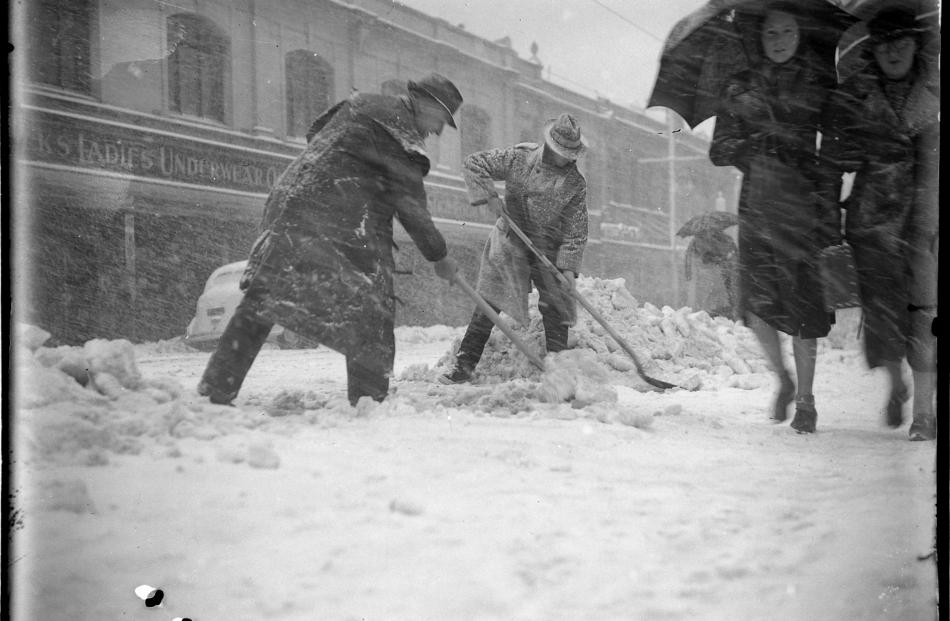 One of Dunedin's most memorable snow events, the "Great Snow of 1939" brought the city to a shivering and prolonged halt. On the 80th anniversary of the polar blast, these photographs illustrate just how much snow there was.

It’s hard to comprehend the quantity of snow that fell in July 1939, particularly when Dunedin appears to have had one of its warmest and driest Julys on record.

Eighty years later, on the anniversary of the polar dumping, residents are still talking about the ‘‘Great Snow of 1939’’, which left much of New Zealand covered in a giant white blanket.

Because of the amount of snow that fell in that time, it was considered a once-in-500-year event.

It was one of many snowstorms to hit the region between June and August 1939, caused by frequent southerly outbreaks, and to this day the winter of 1939 is regarded as the worst for snow in living memory.

On July 24, a Monday, there was a sudden change in wind direction and a drop in temperature just before noon, followed by several heavy sleet showers and falls of snow during the afternoon and evening.

Snowfalls continued on July 25 and became heavier and more frequent later in the afternoon.

About 50cm fell in the city centre and up to a metre fell in the hill suburbs, leaving some areas with snowdrifts up to 5m deep.

The weight of the snow caused many roofs and skylights around the city to cave in.

It also had serious effects on transport services. Transport was completely chaotic on July 25 and cars were held up everywhere, some in deep drifts.

Snow halted many of the tram services from the morning of July 25 until noon on July 28.

The snow and ice closed roads in and out of Dunedin, meaning supplies could not be delivered to the city, and difficulties travelling around the city meant a large number of residents had to go without food, coal and wood.

Some families were forced to replenish their wood, coal and food supplies by pulling sledges through the snow.

Port Chalmers was blocked off, and in an extraordinary bid to deliver the daily newspapers, copies were sent by launch down the harbour.

Further south, falls of up to 2m and drifts of about 6m were reported along the road from Outram to Middlemarch and in places between Gore and Balclutha.

Huge snowdrifts were also reported to have blocked the railway line between Kingston and Garston, and in some places along the railway line, snow was up to the carriage windows of the train.

Snow is in the South Island forecast this week!

80 years ago, it wasn't just the South Island, but Wellington, Auckland, and even the Far North (‼️) that saw snow settle 🌨️ ❄️ ☃️

In Southland, the great snowfall began on July 22 and did not let up for six days. It fell on ground that was already iron-hard from frosts.

Stock losses were huge, the main contributing factor being the length of time the snow lay on the ground.

After the snow cleared, sheep carcasses buried for six weeks were found flattened and preserved.

Much of New Zealand was affected by the snowstorms, including the winterless north.

On July 31, 1939, snow was reported by the lighthouse keeper at Cape Maria van Diemen at the top of the North Island; and in Auckland, snow fell in many suburbs just before dawn on July 27.

I really miss the snow in Dunedin, i'd really love a full day and a half of snow, instead of waking up to snow that has already fallen on the highest hills that you can see melting away through the day.

Enough snow so that almost everyone gets a day off work for once. Yes it'll cause massive disruption, but too bad - it'll be a public holiday of sorts.

Bring back the snow!

There did not have climate change hysteria back then....... they knew it just snowed heavy when it snows in 2019 winter. they say things are warming up......we are conned by the climate change industry.