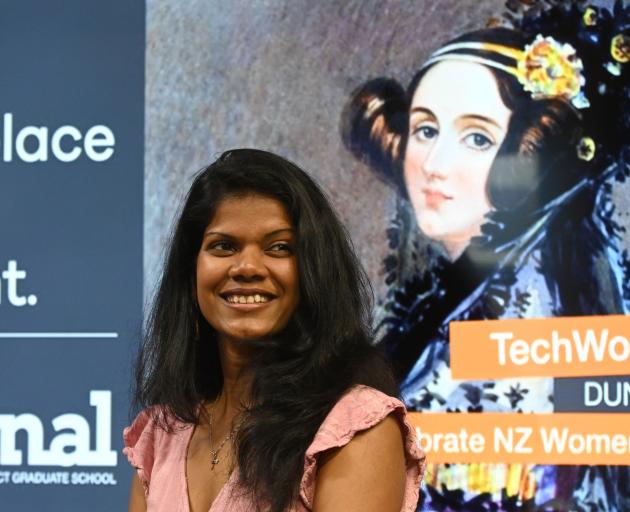 She was one of 33 women in technology profiled nationally by NZ TechWomen leading up to Ada Lovelace Day yesterday.

It remembers the 19th-century British mathematician who has been called the ‘‘mother of computer programming’’.

She said young women were still dissuaded from entering technology industries because at that stage they were ‘‘very impressionable’’.

‘‘Society tells you, as a woman, what you should be’’.

Women who did enter those industries noticed how male-dominated they were, she said.

‘‘It’s a bit awkward and still a male space.

‘‘Attitudes are changing, but often I find myself in meetings where I am the only woman and I think maybe things are not all right.’’

Dr Kumari is involved with pioneering research using crystals and lasers with the intention of greatly increasing internet bandwidth.

Growing up in India, she was told to ‘‘become a wife and take marriage as a fulltime occupation’’, she said.

‘‘People around me told me there is no point in women having these ambitions.’’

Signal ICT Grad School deputy director Kylie Jackson said there was an active Dunedin group for women in tech which met throughout the year.

Ada Lovelace was not the "mother of computer programming" or what ever silly title you may want to give her. That is a myth which was clearly debunked a while ago by the likes of Doron Swade and Allan Bromley. She didn't write the programs.