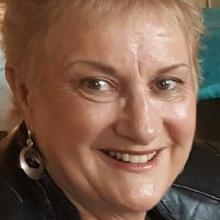 The figures are in $10,000 bands, and the Otago Daily Times totalled them using the smaller amount. Mrs King said many experienced senior staff had been "pushed out" in a restructuring, and the ministry was struggling to provide good policy advice and leadership.

"If you look at the names given to the directorates how can you identify where mental health is, where primary care is?" she said.

"There’s been all sorts of upheavals and unhappiness. And I know restructuring does cause that, but what I can’t work out is what was the purpose and what was it meant to achieve?"

She had received anonymous letters from senior ministry staff about what it was like to work in the "unhappy place".

"It’s a very closed shop. People are excluded from information. [The senior staff] don’t like some of the policy decisions."

Some very experienced people had departed.

"If you look at the people who have the credibility, nearly all of them have gone.

"To me it feels like we have got a very weak Ministry of Health in a state of flux with unhappy people, and we have to rely on them to provide the best possible advice to the Government."

Chief people and transformation officer Stephen Barclay said the ministry was going through changes to strengthen its performance.

"The ministry is going through an internal change programme to ensure it can deliver the refreshed New Zealand health strategy, which sets the direction for the health system over the next 10 years to improve the health of all New Zealanders.

"The number of departing staff needs to be taken in the context that the ministry employs 1100 staff and manages a total yearly budget of $16.1billion."

The Dunedin Hospital rebuild, which is being managed by the ministry, was not at risk from the changes, he said.

"The critical projects business unit within the ministry is overseeing the redevelopment of Dunedin Hospital and has not been affected by any departing staff," Mr Barclay said.

The Dunedin Hospital rebuild isn't effected because there is no plan in place to be effected.
There has been no decision on location. No decision on services. No decision on size. No firm timeline. No plans full stop.
There is an indicative budget. There are a raft of hangers on who are pocketing money from that budget.

For all the noise over the past 12 months, nothing that has been told to the public. This is a department and minister who are trying to avoid telling the public just how little they will receive in the way of local care. About time these spongers started delivering.

This is happening all over new Zealand as services are closed . The govenment is intent on rebuilding big hospitals with small ones. as a cost saving .but it is lack of services is what the public ends up with.