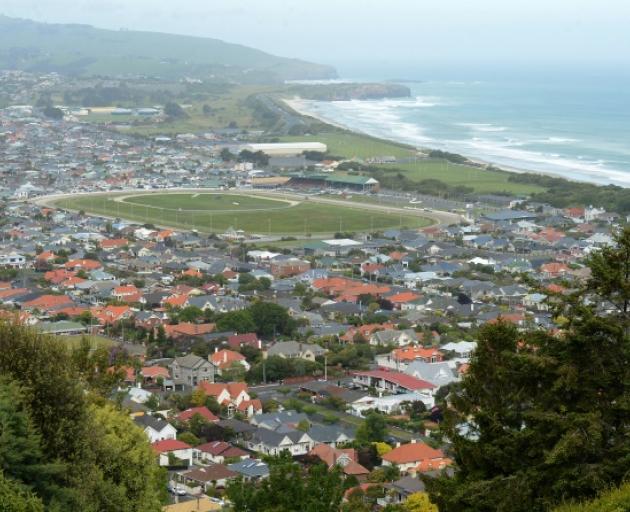 The first big groundwater monitoring study of South Dunedin to consider its vulnerability to sea-level rise and flooding suggested it would be not as difficult as feared to develop some engineering options to counter flooding.

"There’s less water in the subsurface to manage and it’s slower moving, so it’s easier to manage [than had sometimes been feared]," Dr Cox said.

Dunedin was one of many New Zealand coastal communities facing a "massive challenge" with climate change and sea-level rise.

There was also a risk of storm-related surface flooding in parts of South Dunedin, as had happened in 2015.

Dr Cox, who was the lead author of the report, said he had heard "widespread stories, such as people having to wait for low tide before digging to get a dry hole in their garden".

"We thought the monitoring would show groundwater is strongly tidal — but, in reality, there are very few places where groundwater changes more than 20mm between low and high tide."

Analysis of a year of data from 23 regularly monitored sites in the wider Harbourside and South Dunedin areas showed the water table was relatively shallow but there was considerable variation, and not all areas were equally prone to flooding.

The monitoring also indicated that some of the flat low-lying land was much less permeable than initially expected, and a combination of mud with the underlying sand significantly reduced water movement.

Less water than might have been expected was running underground from nearby hills, and there was less water movement under the flat area from other sources.

South Dunedin Future is a collaborative project between the Otago Regional Council and the Dunedin City Council.

ORC operations general manager Dr Gavin Palmer said technical staff from both councils would use the report’s analyses in their scientific work.

The community would be consulted on potential options to mitigate natural hazards and climate change impacts, Dr Palmer said.

DCC infrastructure services general manager Simon Drew said the council had budgeted $35million for flood reduction in South Dunedin over the next decade, and the report would contribute importantly to developing options on how the money would be spent.

- Monitoring of groundwater in Dunedin took a major step forward last year when a consortium of interested parties contributed to developing an improved network.

Subsequent collection and management of data was led by ORC, in association with GNS Science and water chemistry studies were undertaken at Otago University.

Fantastic news. Some real data to work with rather than the fearful minds of a vocal, over reported, trendy, neurotic few.
The 2015 flooding was caused by the DCC neglecting it's responsibilities in maintaining the drainage system.
They didn't clean out the mud traps, stormwater grates nor the drainage valves !!!
As for protecting the city from rising sea levels, if it ever comes, we have the St Clair cliffs and Lawyers Head as buttresses for a dyke. The harbour has two sites where protection could be built.
The politically motivated scaremongering needs to be put back in the box and real life, practical solutions, rationally discussed in ways that explore benefits and consequences of our always changing world.

This Cox fellow has never been down Moreau Street digging foundations for a house and watching the water creep up the holes as the tide came in.

I am pretty comfortable that Simon Cox has been far more thorough than observing foundation work in Moreau Street. We now have some robust information on South Dunedin other than the rhetoric we have been subjected to by Council.

The title should have mentioned that this merely might apply to groundwater. Nothing more, nothing less.