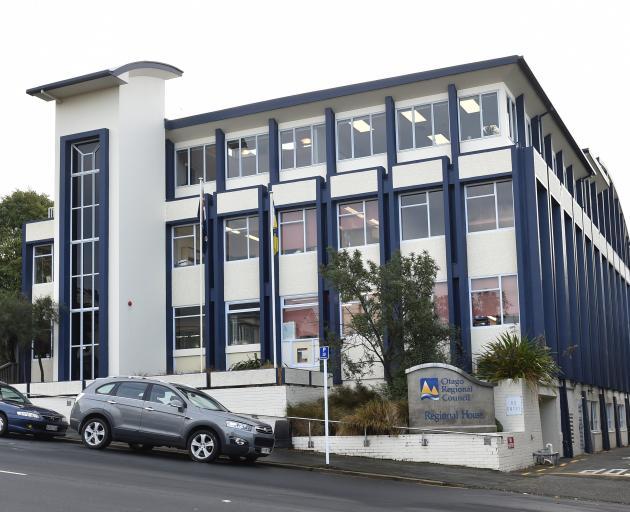 The spend has been deemed a waste of ratepayers’ money by one councillor and the chief executive says she is looking at bringing more work in-house, but it is sometimes cheaper to use a consultant.

Cr Gary Kelliher asked for a detailed report on the spending after being "absolutely staggered" on learning the total spent on consultants this year at an earlier council committee meeting.

A report provided to a full council meeting this week detailed $5,163,000 spending on consultants and $1,535,000 on legal advice between July last year and May this year.

"I did not expect it to be quite as bad as that."

He believed some of the spending was a waste, for example, $188,991.70 plus GST paid to public law firm Chen Palmer.

Hiring Chen Palmer, which former chairwoman Cr Marian Hobbs approved, was with the intention of silencing some councillors in water plan discussions, he said.

In March, he and Cr Kate Wilson, both farmers whose businesses hold water permits, were deemed unable to vote on the council’s Water Permit Plan Change following the legal advice.

Cr Kelliher said the lawyer’s advice "stated the obvious", and he and Cr Wilson had understood their conflicts and were managing them.

Cr Kelliher said he recognised the council was under pressure due to the Covid-19 pandemic and a recent report showing years of underinvestment in science and planning by the council, but wanted it to work towards filling some of the roles being carried out by consultants with its own staff.

Cr Michael Laws said the figures "take your breath away" and asked whether it was better to have staff cover the positions and whether the level of spending was going to continue the same for the next 12 months.

Cr Michael Deaker wanted to know how it compared with other regional councils.

Council chief executive Sarah Gardener said the spending was only 8% of the council’s total budget for 2019-20 and sometimes it was cheaper for the council to use a consultant for short-term work than to hire permanent staff.

It was difficult to recruit full-time staff and there were times where a suitable person to hire could not be found.

Consultants would always be needed to manage some work required of the council, especially around freshwater.

"The Skelton investigation last year determined that ORC is under-resourced in areas that are crucial to our core work, this requires supplementing our permanent staff with consultants."

Mrs Gardner said yesterday she was looking at hiring more staff and would ensure mentoring was included in consultant services to upskill existing council staff.

The information on spending was provided for 11 months instead of the requested 12 months because of deadlines for other council work interfering with gathering the data for June, she said.

Outrageous. This spending is a symptom of an incompetent CEO trying to work with incompetent managers. The rot runs from the top to bottom in this organisation. Every second consent issued, despite peer reviews by team leaders and managers, are riddled with errors - some unlawful, some plain incompetent.

The ORC provides zero services to me: and yet I am forced to pay their taxes/rates. The whole system is disgusting. So why have them? their value is NIL to most of us who do not benefit.

But Otago Regional Council is responsible for managing Otago’s land, air and water resources on behalf of the community.
They also contract passenger transport services, play a role in transport planning, work to reduce the risk of flooding, and lead the planning for and response to natural disasters to help keep people and properties safe.
Without them our rivers would be polluted. Our countryside exploited for commercial gain by farmers and forestry. Our air would be thick with harmful contaminants from diesel buses, giant cruise ships, coal and log burning fires. Our city would be at risk of flooding and slips every time there is heavy rain. Our public transport system would be inefficient, polluting and run at less 30% occupancy...
... Oh wait! I see your point!

I say fair enough investigating conflicts of interest. There's too many councillors sitting around that table that have their fingers in the pie.

Outrageous these clowns must go.