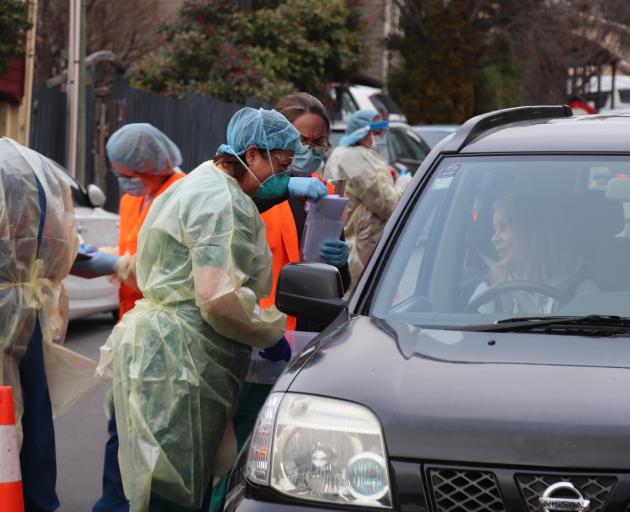 The centre would be testing people who had arrived from Auckland for a holiday, Mr Light said.

The pop-up didn't have a cap on how many could be tested, Mr Light said.

Yeah thanks Auckland. Very public spirited of you to come down and share the love.

They didn't leave an area in lockdown. If you want to get annoyed at anyone, try the Government. They delayed lockdown and travel control.

It is stupid to be allowing this travel out of lockdown Stage 3 into Stage 2 lockdowns - it defeats the purpose of Stage 3 lockdowns and promotes the rapid spread of the bug throughout NZ for no real purpose, selfish people and businesses putting the whole welfare of NZers and the economies at risk for short-term gain thinking.

Yeah the ski set Dont worry about anyone else just themselves.

Even though the flight left before the lockdown commenced, Air New Zealand should have done the right thing and cancelled the flight to prevent further infection.

Is it any wonder why the rest of the country can't stand Aucklanders? This is why.

Cease all travel between Auckland (or any other cluster spot) and Queenstown immediately. What a totally irresponsible nightmare!!

These people need to stay in Auckland and the tourist agencies need to see beyond their pockets and simply refuse their business. Queenstown has its share of whingers.

Send all people who test positive back to the North Island and ban aircraft, national or international, from landing unless they are carrying the contaminated to the North Island, or bringing us essential medical supplies ... same for sea-going vesssels.

And if I'm not mistaken, there are some skifields in the North Island... they can use them and keep their Covid contaminated skiers off our pristene snow !!

Boult wanted domestic tourists. Well now he has them! Can't have it both ways. If there is an outbreak in Queenstown thank Boult. He could have shut it down but chose not to.