By John Lewis
1 Comment
One by one, the royals are arriving back in Dunedin.

Those who had no idea they were coming soon learned about it when bells across the city started pealing.

The first royal northern albatross/toroa arrived at Pukekura/Taiaroa Head last Thursday - a 9-year-old female called Blue Lime White - and many more are expected to arrive over the next few weeks. 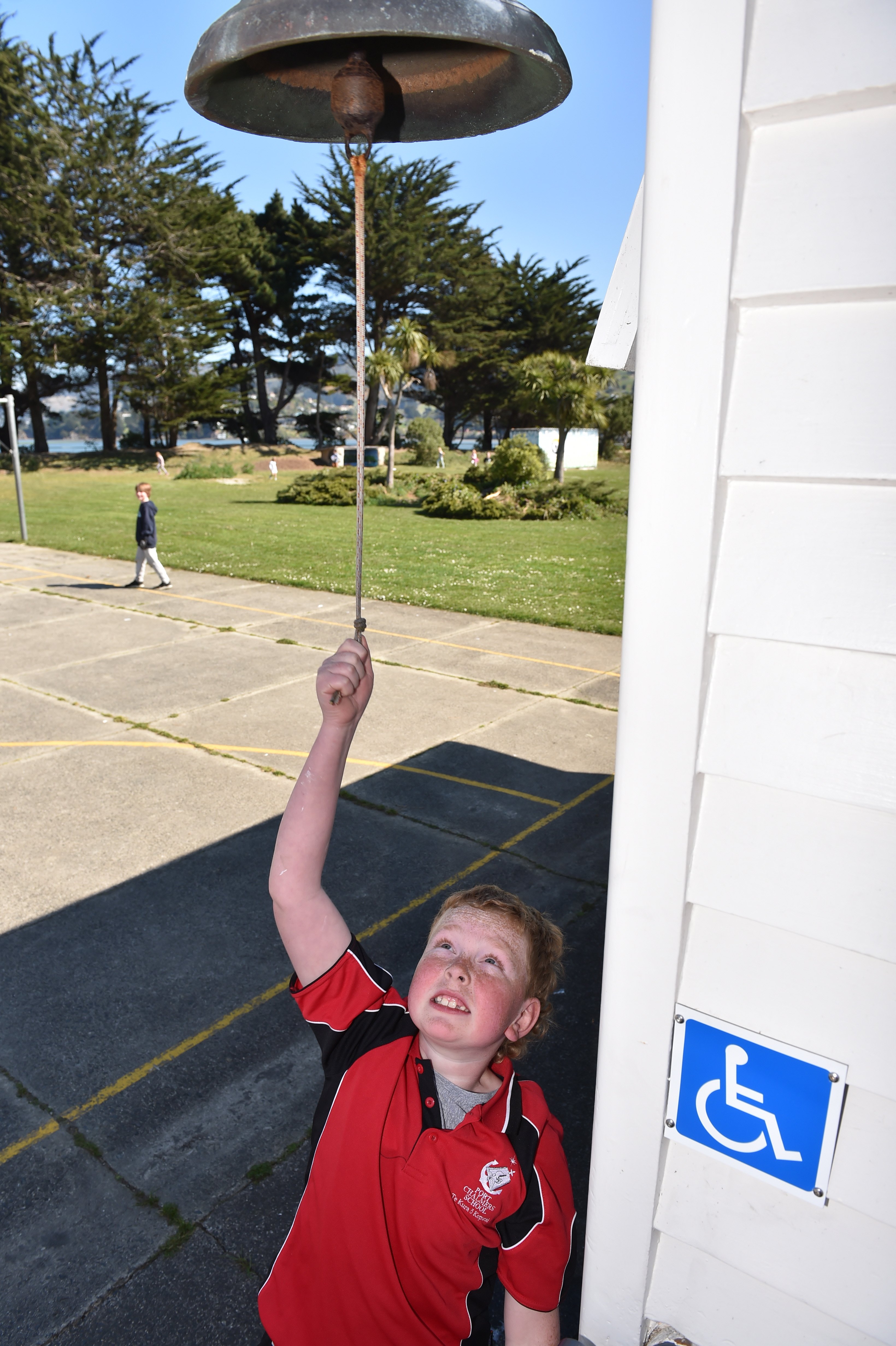 Port Chalmers School pupil Jimmy Hill (9) rings the school bell at 1pm yesterday to herald the arrival of the first albatross back to the Taiaroa Head colony. PHOTO: GREGOR RICHARDSON
In a long-held tradition, Dunedin’s schools, churches and public buildings pealed their bells across the city at 1pm yesterday, to celebrate the return of the first albatross for the 2020-21 breeding season.

As well as the traditional bells, many people set bell chimes on their mobile phones to ring at 1pm, and a “Welcome Back" flag was hoisted outside the Mayor’s office.

Dunedin hosts the world’s only mainland northern royal albatross breeding colony, which is a source of pride and a symbol of the city — the wildlife capital of New Zealand.

"We were listening to all the other bells ringing across the city. It was just magical.

"People tell us they cry when they hear the bells. They know the albatross are back and we’re all celebrating.

"We’ve got more and more people across the city, and the world, ringing their bells, sending us photos and videos.

The colony is home to more than 250 toroa which, once mature, breed every two years.

Last season 135 birds returned, 11 of them for the first time.

It was hoped a similar number, if not more, would return this year.

If you really want to help these birds and ensure their future survival you need to do a lot more than just ring a bell. Stop eating commercially caught fish = Evidence would suggest that at least 10% of the population are killed by commercial fishers. Stop using plastic - Just do an internet search and watch the horrific videos of dead sea birds with their stomachs full of plastic. And stop polluting not just the oceans but the whole planet = All living creatures on this planet are in some way or another connected to each other, delicately entwined to form a global ecosystem. It is collapsing! Over two thirds of all wild animals have disappeared in the last 20 years due to human activities. This will be the planets 6th mass extinction unless we all take personal responsibility to stop it now.