The Dunedin City Council has gone in-house for its appointment of a new chief executive, giving the role to Sandy Graham who has been filling it in an acting capacity. 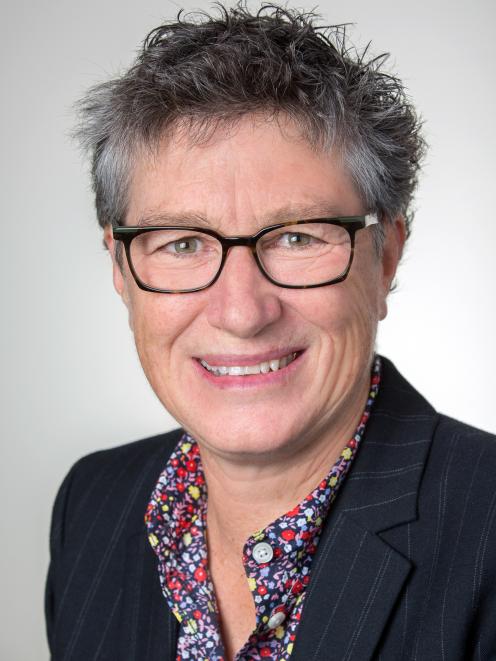 "I’m sure you will join me in congratulating Ms Graham, who will begin her new role on 12 October."

Fifty-one people applied for the role, including candidates from overseas.

Ms Graham declined to speak to the Otago Daily Times ahead of a press conference being held at 1.30pm today.

In a press release sent after the ODT confirmed the appointment, Ms Graham said  she was "delighted and humbled" to be given the opportunity.

There are many challenges ahead from sector reform, to COVID recovery aside from the challenges we face with the upcoming 10 year plan.

“We’ve got a lot of work to do, but I’m confident the DCC has the team to tackle these big issues. It’s an honour to lead them.”

Mr Hawkins said in the press release Ms Graham was the outstanding candidate in a high-calibre field, and her track record of performance and delivery meant the city could be confident in her leadership.

"Over my seven years at the Dunedin City Council, I’ve seen Ms Graham grow as a leader within this organisation. I have no doubt she will do a fantastic job in her new role," Mr Hawkins said.

The appointment was confirmed after councillors met last week to vote for their preferred candidate from a shortlist of three finalists.

She first worked for the DCC in the mid-1980s as a member of a roading crew and has held a range of senior positions since re-joining the organisation in 2007.

Ms Graham took on the acting chief executive role in July following the departure of previous chief executive Sue Bidrose, who left to head up AgResearch in Christchurch.

What a surprise! Not! Nepotism keeps DCC going.

My what a surprise, how much rate payer money was wasted on this sham selection process???

IMO likely to be an extremely competent and straight up CE with useful local and historical knowledge. Prejudice against the DCC seems rife. I am the first to ask questions when there’s any EVIDENCE to warrant it, as I have many times of Ms Graham in the past - and always got a well-informed, professional , polite and usually satisfactory answer. My only criticism might be that she has sometimes advocated for the DCC too much but that could be considered a strength in a CE.

I don't know why any others bothered applying. Old boys/girls network continues. Wouldn't want to rock the cosy boat at DCC.

Do you know the systems of notification and selection?

Unfortunately it is law that the position has to be advertised and the process gone through but fully get what you said, Can't be having new blood in the system and potentially have the old boys/girls network exposed to the real plan for Dunedin exposed/ changed