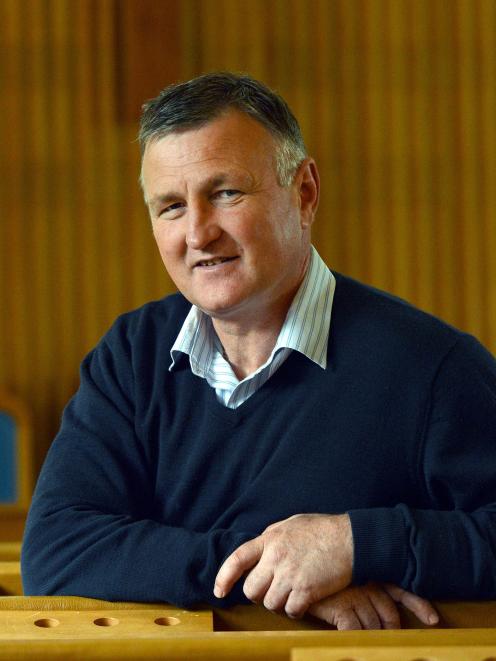 Rev Richard Dawson. PHOTO: SUPPLIED
Pleas for a standalone Christian chapel at the new Dunedin Hospital have overstated the financial support local churches give to the hospital chaplaincy, an insider says.

Otago Healthcare Chaplaincy Support Trust chairman Stephen Packer also said those arguing for a standalone Christian chapel alongside a multi-faith centre might have overlooked a core component of Christian faith.

Leith Valley Presbyterian Church minister the Rev Richard Dawson said a Southern District Health Board decision earlier this month to go ahead with just a multi-faith centre in the new hospital was "a deep disappointment".

Before the decision was taken, Mr Dawson organised a petition signed by 52 people, mainly leaders of Presbyterian congregations across the South, seeking assurance from the health board that a Christian chapel be given priority at the new hospital.

And after the board ignored the plea he vowed to continue the fight.

Mr Dawson said the chaplaincy service at the hospital had 2.5 staff, who were "basically paid for by the church".

However, this week Dr Packer, who is also an SDHB medical director, rejected that claim.

He said funding for the hospital chaplaincy at Dunedin and Wakari hospitals was provided by the Ministry of Health through its contract with the Interchurch Council for Hospital Chaplaincy and came to $100,000 a year plus $40,000 a year from the SDHB.

Individual local churches contributed $11,000 but the main church organisations, including the Otago Presbytery, stopped direct funding years ago, he said.

Individual donations and fundraising through hospital bake sales and the healthcare chaplaincy support trust’s annual street appeal, made up the bulk of the rest.

But any shortfall in covering chaplains’ pay was covered by dipping into reserve funds, he said.

"If Rev Dawson and the other clergy who co-signed the letter of concern wish to show real support for hospital chaplaincy then a pathway is clearly evident.

"The chaplaincy support trust along with other clinical and hospital staff have been involved in planning for the new multi-faith centre and accept that although the space available may be about half that currently enjoyed, that sharing that space with our sisters and brothers of different faiths may be an expression of that ‘arohanui’ that is a core component of Christian faith and practice."

Dr Packer said the specific design work had yet to be done but it was expected some Christian symbols would be used and stained glass incorporated into the multi-faith centre space.

Yesterday, Mr Dawson said he disputed some of the information Dr Packer had presented, including the exact amount the SDHB contributed each year to chaplaincy services.

"The point that we are making is that chaplains have served the hospital basically since its inception fundamentally free of charge to the DHB and, since that’s the case, some consultation with the wider community about how valuable chaplaincy services and a chapel are for them would have been appropriate," he said.

It seems Mr. Dawson doesn't want to have his Christianity tainted by those other, lesser, faiths.