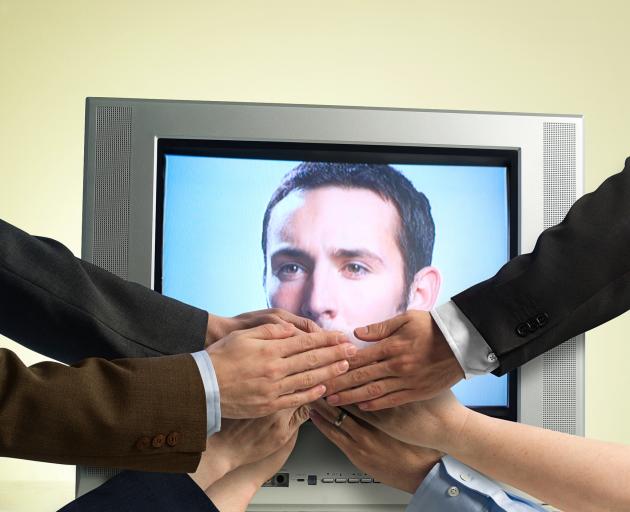 Hate-driven accusations do not initiate conversation. PHOTO: GETTY IMAGES
Dr Greg Marcar explores the perceived tension between the Government’s proposals on hate speech, on the one hand, and free speech, on the other, from a Christian perspective.

The Government has recently released proposals for legislating a new offence against communications which “intentionally incite/stir up, maintain or normalise hatred”.

The proposals themselves seemed to have stirred up strong reactions among people, including among some Christian churches and societies.

Depending on what YouTube’s algorithm has decreed you should enjoy watching, some of these reactions might be stirred by videos of so-called free-speech advocates rejecting “hate speech laws” as infringements upon the sanctity of the “free marketplace of ideas”.

By criminalising communication based on the emotions it intends to bring about, it is alleged that the Government’s proposals would stifle people’s ability to freely exchange and communicate ideas. In support of this stance, the quote (misattributed to the philosopher Voltaire) will often be heard: “I may hate what you say, but I will defend to the death your right to say it.”

This line, however, seems to overlook another serious challenge to the operation of the free speech “marketplace”: hatred itself. Hatred posits that individuals, or the groups which they belong to, are enemies or threats which should be opposed. The effect is a definitive conversation-stopper. “I hate who those people are, but I will defend to the death their right to say whatever they want,” said no-one ever.

For Christians, there is additional dimension to this issue. As the opposite of Christian love or charity, hatred towards others not only causes problems for interpersonal relations; according to the New Testament, the person who hates is in darkness or in a relation of hatred towards God (1 John 2:9 and 1 John 4:20). Judging others, we are warned, entails that we should expect to be judged in the same way by God, because all such judging involves projection: attending to the sawdust in another’s eye and neglecting the plank in our own (Matthew 7:2-3). In a short essay on “Hell as Hatred”, the Christian mystic Thomas Merton imagines hell as a place wherein all the occupants are trapped in a perpetual cycle of self-projection, in which they “know others hate what they see in them: and all recognise in one another what they detest in themselves.”

The Gospel of John offers a powerful illustration of how only a speech-act of love breaks through this cycle of judgement and hatred. In John 8:1-11, Jesus is presented with a woman caught in adultery. Instead of joining the hostile group of male accusers in condemning the woman they surround, Jesus states that “he who is without sin” should cast the first stone. To this, the woman’s accusers leave the scene without speaking. What begins as a confrontation, act of judgement, and threat of death towards the woman, is dissolved by Christ pointing out the hypocrisy underneath such judgement. It also powerfully illustrates our earlier observation about the inverse relationship between hatred and “free speech”: hate-driven accusations do not initiate conversation, and so must also end in silence.

While it remains to be seen how the legislative proposals may be applied (or misapplied) within the courtrooms of this country, the Government’s proposals are in principle ones which free speech advocates — and particularly those within the Christian faith — can and should support.

• Dr Greg Marcar is a research affiliate with the Centre for Theology and Public Issues at the University of Otago.

Wow! I have to say I'm pleasantly surprised. Dr Marcar has addressed the concerns of those who believe the proposed law changes over "hate speech" will remove their freedom of expression, with an analysis that, in my experience, seems entirely uncommon in modern Christians. I suspect many of his fellow adherents will be calling for him to be burnt at the stake for heresy.
We need more of this type of intellectual rigor, especially from the politicians who are pushing for the change. Unfortunately they seem incapable of presenting this level of intellect.

The logic jump between the last two paragraphs shows a faith in governments, that history tells us is misplaced
If the law said adulators should be stoned and a court had laid down the verdict, then Christ speaking up in her defence would have had no bearing on the outcome
The crowd was responding to an allegation, spread by gosip, as they do
It was an opportunity for them to PUBLICLY display their VIRTUE by condemning an individual they didn't know personally, as a means of NOT CONFRONTING THEIR OWN SIN
Christs made them question themselves
It was self-awareness and shame, that made them stop
Both sides used free speech to express themselves
If the custom was for the family to quietly do away with adulators to regain respect within the community, then he would not have had the opportunity to intervene
If laws stopped people committing crimes, we wouldn't have prisons with breakers of law that go back thousands of years, like "thou shalt not murder"
Western governments have done away with "Thou shalt not covet thy neighbour's wife" because politicians can no longer hide their sin, and they hope there is no judgement day
Google algorithms are a problem, as is the media.

Men and women adulating each other is the problem.

This is one of your better comments, with which I disagree. That's not the point. 'Haters' presented with Reason just go stunned mullet. That's why some have to be proscribed from publication.

Marcar argues "Better love overrides hateful accusations and judgement"
Is love "the unselfish loyal and benevolent concern for the good of another" or "its vice representing human moral flaw, akin to vanity, selfishness, amour-propre, and egotism, as potentially leading people into a type of mania, obsessiveness or codependency"
Is hatred an infusion of passion, such as fear, anger or an ego state, self-preservation?
Does an accusation really mean "my feelings have been hurt by what you said", which is subjective
What are the values of a judgement?
Old Testament values proclaimed an eye for an eye and the New has Christs values, love thy neighbour, turn the other cheek, do unto others ..., speak freely, don't cast pearls before swine often observed as going "stunned mullet".
When offended by others words is it fear, anger, ego state, self-preservation, conceitedness or do we think, there but for the grace of god go I or possibly, are they right?
Is our good intention, egotism? Will it lead to codependency; Will our good intentions lead to hell? What is the price of this good deed?
Is 'Let those without sin cast the first stone' hateful or loving because it IS shaming.

Genuine question: I'm assuming that "adulators" should be read as "adulterers"?
I suspect auto correct snuck in and was overlooked? I hate it when that happens.

I find myself stumped by the Socratic. You're a bit like Geoffrey Palmer at Law School.

I have read personal attack by mysogynists; they hate women, calling into question gender and sexuality. Attack on religious belief, which is against the Law. Ordinary folks can't afford the legal fees.

I come not from a censorious point of view, but a Civil Society one. Conservative, in other words.