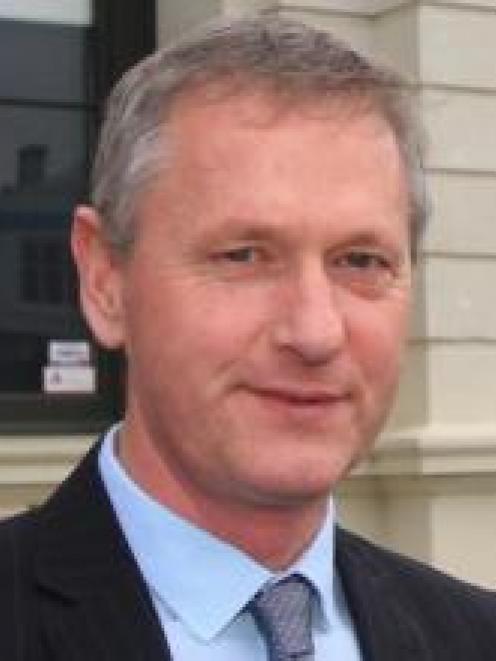 Waitaki Mayor Gary Kircher’s post online yesterday, labelling gangs as "cancers of society", came after a 32-year-old Oamaru gang member was arrested on Wednesday and charged with possession of a cannabis plant and cannabis utensils.

The arrest was a result of two police search warrants in Oamaru, supported by the Oamaru tactical crime unit and the armed offenders squad.

Speaking to the Otago Daily Times yesterday, Mr Kircher said he was very supportive of police efforts to remove gangs from Waitaki, as it was important to protect the community, especially young people.

Traditionally, Waitaki was a safe place with minimal gang activity, and it was only in the past five years an increased presence had occurred, he said.

"This is another step again I suppose with the Mongrel Mob trying to set up here."

However, it was not the end of police operations to remove criminal activity from Oamaru.

Police were aware of activity that had not been happening previously, and a prevention-based approach would be used.

It was early days but police planned to work alongside government and non-government agencies to help reduce crime.

Police also required support from the Oamaru community, and Insp Ure called for anyone with information to contact police.

"We’d like to support the community of Oamaru to be fairly affirmative against some of the negative aspects that come out with that violent type of offending.

"We need the communities support with us on this, so whether it’s coming forward with information, or forwarding something that may have occurred to you personally — we really welcome that."

The man was due to appear in the Oamaru District Court on October 13.

His worship the mayor is obviously not a cancer sufferer and I would say most likely not had anyone he loves suffer from cancer. If he had he would not use the word so lightly.
The analogy he uses is relatively common but totally unfit for purpose. Gangs are not a cancer, they are at worst a criminal nuisance. Oh that cancer could be dealt with as easily as a gang could be.
While i understand his intention in using the word cancer in this case, it's use demeans every cancer patient who reads it. He should find another metaphor.

It is a perfectly apt metaphor in that sense that a cancer is a disease that corrupts an otherwise healthy body.