The University of Otago is calling for voluntary redundancies from staff and has not ruled out restructuring if it does not find the salary savings to halt a plummeting bottom line.

The university told staff on Tuesday it sought to make savings in staff salaries in the face of the drop in international enrolments, rising salary costs and a significant capital expenditure programme that had to be completed. 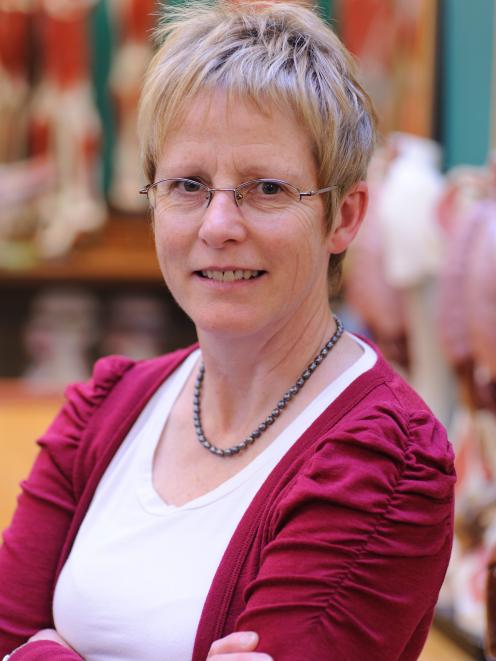 ‘‘This has been a very difficult decision to make after all the sacrifice and hard work of university staff over the past 18 months,’’ Prof Nicholson said.

‘‘We are making this decision now to ensure that the university remains financially resilient for the years ahead.’’

Several factors had contributed to the university’s financial outlook, which had been exacerbated by the Covid-19 pandemic, she said.

‘‘We now know that rebuilding the international student cohort is unlikely to begin until 2023 and it could then take up to 10 years for student numbers to recover.

‘‘While our historic prudency in capping international numbers insulated us from a more severe impact, we are currently losing $15million per annum in revenue because of the drop in international enrolments.’’

The revenue from a rise in domestic student enrolments would not be enough to offset that and other financial pressures.

‘‘The reality is that funding and fee revenue we receive for each domestic student we enrol is not keeping pace with inflation, or with rising salary, operational and compliance costs.’’

Budget forecasts had also been affected by the substantial unplanned costs associated with leasing office space for about 500 staff and study space for 1000 students who were moved out of the Wellington campus’ main academic block in August because of its low seismic rating.

Another factor in the decision was rising salary expectations.

The university acknowledged the cost of living in New Zealand was rising and wanted to be able to fairly compensate its staff.

‘‘We are committed to providing a safe and appropriate working environment for staff and students now and in the future,’’ Prof Nicholson said.

‘‘Therefore, we are undertaking our capital development programme. While necessary, this programme is expensive, and the pandemic has escalated project costs.’’

The redevelopment of the university’s Christchurch and Wellington campuses was a high priority, she said.

The university did not have a specific target number of jobs it sought to reduce. Rather, it needed to make salary savings and achieving that depended on the number of expressions of interest received, the positions staff who expressed interest occupied and the salary savings able to be realised.

There were no preconceived views on which areas most redundancies might come from, but any decisions would not be able to affect the ability of students to complete the courses in which they were enrolled, or due to start in 2022, she said.

If there were not enough volunteers, other strategies would be considered including trimming budgets for the next financial year and possible restructuring.

All permanent staff members, academic and professional, would be eligible to express their interest in voluntary redundancy.

Expressions of interest would open on October 4 and close on November 15. Most decisions on applications for redundancy would be made and announced within two weeks of the closing date.

The Tertiary Education Union was caught off guard by the announcement. Union organiser Daniel Benson-Guiu, of Dunedin, said voluntary redundancies had been used as a sticking plaster at other institutions, and the experience was that it did not work.

Cutting salaries would be a start, and stop the empire building.

Cut salaries? Most workers at the University are not making the equivalent of NZ average wages. Everyone needs to try to pay their existing mortgage or their existing rent. The University's income is significantly affected by COVID; governments make rules to make universities operate like businesses. Yet universities cannot access any COVID wage relief funds which other NZ businesses can access to survive this.

‘‘Therefore, we are undertaking our capital development programme. While necessary, this programme is expensive, and the pandemic has escalated project costs.’’. Hmm, here's an idea, defer the "high priority" building projects (under the guise of "safe and appropriate working environment"). Resume the building projects when you can afford too. Everybody else lives within a budget ).

I wonder how much Helen is pulling down. Insulated against over reliance on foreign Student income and still in the hole for $15 mill because of reliance on foreign Student income? A $20 mill reshape of the gardens. I know who I would be asking to leave. I wonder how much the redundancies will cost. Millions in profit year on year and nothing in the bank awesome.

Didn't the Uni go through a restructure a couple of years ago that was harsh but necessary to save millions and its future? I think the ODT reported that since then the Uni had hired back at least as many staff as they go and there were questions about whether they helped support urgent areas versus just adding to the existing layers of management. Question: did Uni management ask any staff for ideas about how to save money before announcing voluntary redundancies? Even as an outsider there seems to be some basic solutions to at least help. For example, the govt is unlikely to require the annual surplus given Covid conditions. In addition, how about delaying some of the non-essential building projects? Why not take a look at the current Management structure - how many bosses does a business need? Where does the Uni's income come from? Surely it is not from management. If it is from teaching students then shouldn't the priority be to retain academic staff and those that support them? We need the Uni to be successful as it impacts on the city and all its business and cultural activities. Redundancies are often necessary for survival but something does not seem right in this case.