The Green Party has called for the controversial Three Waters reforms to be paused, while New Zealand First leader Winston Peters has described the decision to force them through as "a blatant grab for unbridled political power".

Local Government Minister Nanaia Mahuta today announced she would go ahead with the plan to amalgamate council water assets into the control of four regional authorities – and dropped an initial plan that would have allowed reluctant councils to opt-out.

That decision met with instant criticism from some councils, groups such as Federated Farmers, and other political parties.

Act New Zealand and National immediately pledged to repeal it, describing it as an "asset grab" and a blow for local democracy.

Peters said it was "a blatant grab for unrestrained and unbridled political power" and accused Labour of announcing it under the cover of Covid-19 lockdowns.

"It represents a giant lurch towards a central government takeover of local government and ratepayers' assets."

However, Mahuta was unrepentant about the decision to force councils into the Three Waters programme, saying it was needed after decades of underinvestment by councils in water.

The only concession to strong criticism of the plan by councils and the public was an agreement to set up a working group to reconsider the governance and accountability lines of the new entities.

Asked why the opt-in component for councils had been removed, Mahuta said the more they learned about the extent of the problem with the three waters network during the process, the more obvious it had become that change was needed.

"Two decades of under-investment in water infrastructure shows this a systemic, long-standing issue that hasn't been addressed.

"At the point at which we found just how dire the situation was, we recognised as did local government that the case for change was compelling. The more we found out, the more we realised something had to change.

"It was evident that to ignore the state of the water infrastructure would be irresponsible."

Mahuta acknowledged there had been strong pushback on it, and that was why the new working group would be set up. That group would include local body, rural and iwi representatives.

Mahuta rejected the claim it was an attack on democracy, saying ratepayers needed and deserved good drinking water, infrastructure that could withstand weather events, and beaches without "no swim" notices on them - and delivering that was democracy. 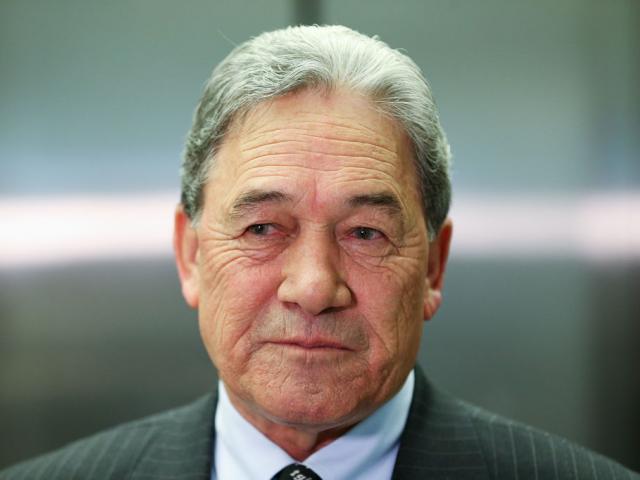 NZ First leader Winston Peters. Photo: Files
Local Government NZ President Stuart Crosby said it was disappointing that the Government had chosen to make it mandatory for councils, but he was pleased it would reconsider the model by which it would operate. He urged councils to take part in that.

"While the announcement stings for councils who have been good stewards of their infrastructure, ultimately the nation-wide affordability challenge in the water space needed to be answered."

The Green Party has also now called for the reforms to be paused – spokeswoman Eugenie Sage said there had not been enough time for communities to have their say and there would be scepticism about whether the Government's offer to reconsider the governance model was genuine.

Sage said the working group would only have seven weeks before legislation was put up on the reforms and that was not enough.

"Major reform like this needs to be done in partnership with iwi and local communities. The risk otherwise is a 'reverse Goldilocks' situation, where no one is happy with the outcome."

Mahuta acknowledged there were genuine concerns but also said some of the criticism of it was based on "mistruths and wrong information".

Mahuta would not specify what those elements were, but there has been some criticism of the place of mana whenua alongside councils in the model.

Peters said that was part of a "covert objective of race-based co-governance without any mandate from the New Zealand people".

Minister Mahuta tried to buy-off councils, trick Kiwis with ads, & when all that failed she steamrolled over the feedback & will of councils & NZers.
Labour have finally admitted they will mandate Three Waters. National will repeal it and return assets. pic.twitter.com/hsbyEaVRoW

Mahuta dismissed that, saying it was an opportunity for iwi to be at decision making table and exercise kaitiakitanga [guardianship] over water.

She denied the plan was an asset grab, saying councils would collectively own the water assets within their regional entity.

Mahuta said the public would have a chance to have their say during the select committee process which would begin after legislation was put before Parliament in December.

Federated Farmers President Andrew Hoggard said the group opposed the changes and was concerned about their impact on rural services.

"This [working] group will have its work cut out to allay a multitude of concerns," Hoggard said.

"Top of the list for Federated Farmers are issues around governance and accountability. How will the new entities ensure the needs of smaller and rural communities are not crowded out when setting investment priorities and plans?"

I seem to recall that this Government was democraticly elected? One of few since the distaster of MMP!

But with no mandate for much of the damage they are doing.

So supply will not be contaminated, as in East Otago and Hawkes Bay. The water is for everyone, not just ratepayers.

Well fix these two then, don't take it all comrade

It makes total sense for councils to dump this expensive fraught part of the infrastructure onto the government. Removing the constant fight for funding of water infrastructure must be a relief to councils. I bet they still charge the same rates though. Get on and do it.

As with most your comments, you miss the point, councils are not dumping it, it is being taken, please confirm your are party members, just to show where the balance of your argument comes from.

Mandate everything, then the totalitarian state will be established but not without struggle and danger and you know what...? Huge human suffering.

This is just theft on a grand scale by a disingenuous and untrustworthy government. The only ones to benefit will be the bureaucrats and groups who have contributed nothing to the assets. What will ratepayers get? Higher costs and no say. What a disgrace. Where are our representatives standing up for us? Hiding behind princess jacinda.

Democracy is under pressure from a number of sources all over the world. I'm sorry to see it happening in New Zealand as I thought we were better than this and our rights to be represented would be protected by our elected officials.

Something as serious as this needed a vote from all of the people. With voting just over one year away, Labour will be in the hustings soon looking for support.

Logic, reason, context & respect for all has gone out the window with this clanger.
What's left ?
Division...