Fish & Game will not be appealing a High Court decision to dismiss its appeal against an Environment Court decision on the minimum flow and primary allocation in the Lindis River, despite describing it as a "raw deal". 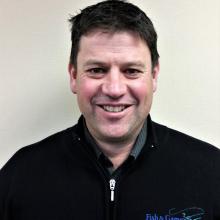 In his response, Otago Fish & Game chief executive Ian Hadland said the organisation had a statutory mandate to stand up for freshwater habitat and it would not resile from that.

"The High Court upheld the Environment Court’s decision which sadly leaves only 8% of the Lindis River flow at the confluence with the Clutha.

"That’s a raw deal for any river. Fish & Game will always advocate for waterways to get their fair share," Mr Hadland said.

"The Lindis legal process was "convoluted due to a shoddy regional water plan which failed all parties over many decades".

Three present or past Environment Court judges had recently found the water plan "makes barely any effort to manage water volumes, provides no direction on environmental outcomes and is not fit for purpose", he said.

"Under a new planning framework, this level of disregard for the health of a river should never be allowed to happen again."

Mr Hadland confirmed Fish & Game would not be appealing the High Court judgement.

"The licence holders’ overwhelmingly support our advocacy and will expect us to keep standing up for any key freshwater habitat under threat."

Otago Regional Council strategy, policy and science general manager Gwyneth Elsum said the council did not intend to relitigate decisions and processes that had "already been thoroughly debated in a legal context".

"Commentators on this plan change are entitled to their views, however given the investment of time and money that has been expended on getting to this stage, it would be inappropriate and counter-productive for staff to comment further on what is, legally, a closed matter that resulted in the maximum consent term (35 years) for Lindis irrigators," she said.

Like minimum flow proposals that were discussed with the community and stakeholders before the Environment and High Court appeals, the minimum flow set through the courts was informed by the technical information that was available at the time, she said.

The ORC presented its proposal to increase the initial proposed flow of 450l/s to 750l/s at a public community meeting in April 2015, prior to notification, in the Tarras Hall. Genuine attempts were made to arrange a meeting with the catchment group by councillors and the chief executive in May 2018, she said.

Has F&G instigated a review in to how it ended up in this position? Two courts confirming trout as pests in the Lindis and having to pay court costs to ORC and the farmers? This seems less like policy failure and more like lack of accountability for how license fees are spent.

Surely license holders want to see better use of their money and some accountability with why the environment court and high court completely disagreed with F&G?

Time to clean trout out of our rivers.

I always take the views of F&G with a grain of salt.
Their motivation is never the health of the environment, it is narrowly focussed on the welfare of the introduced pests that this small minority group value more highly than anything else.
That's the problem with small, well funded, special interest groups. Lots of noise tends to mask the overall lack of public support for their rubbish views.
Thank goodness the courts have the wisdom to see through them.