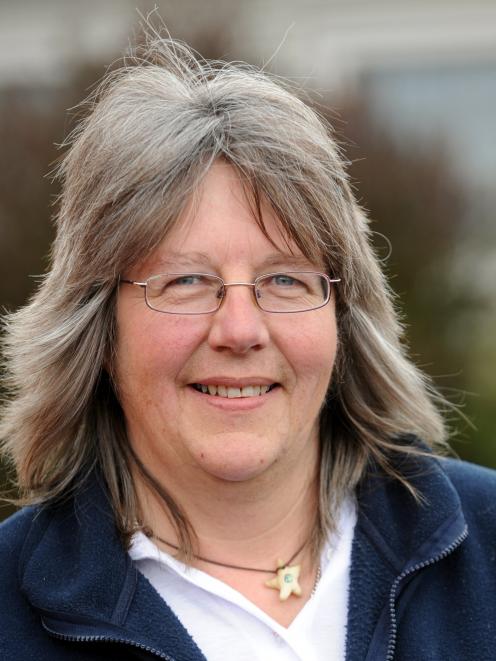 Averil Pierce. Photo: Peter McIntosh
The Ministry of Education has offered ChatBus money to continue to provide counselling services to primary and intermediate school children in Dunedin and surrounding areas.

However, the offer came as a surprise to ChatBus trust members, who first heard about it when contacted by the Otago Daily Times.

Ministry of Education operations and integration leader Sean Teddy said it was looking for ways to continue the counselling services ChatBus provided and had already offered ChatBus temporary funding.

"This is still available, should they wish to continue to provide services to support the wellbeing and needs of primary school children in Otago," he said.

In addition, Mr Teddy said the ministry’s "Counselling in Schools" initiative would deliver counselling support to 24,000 pupils in 141 primary and intermediate schools in New Zealand over a four-year period. Within the Otago and Southland regions, nine schools had been selected to receive the service.

Retired ChatBus board member and chief executive Averil Pierce was thrilled, though unaware the funds had been made available.

"That would be amazing. I would be happy to see ChatBus go ahead, now more than at any other time in its history," Ms Pierce said.

ChatBus had applied for funding from such institutions as the Ministry of Education and the Ministry of Social Development, as well as local businesses and philanthropic trusts, but without success, Ms Pierce said. She added that 2021 was a difficult year because of the coronavirus, which "exacerbated the financial situation".

The news also surprised the most recent chairwoman of the ChatBus trust Jo Rowe, who joined it in October 2021.

"I had no idea funds were available," she said.

She said ChatBus operating costs had risen without a parallel rise in revenue or sustainable funding. Matching employment costs with skills had also proven difficult, she said.

"It’s important that the needs of all school children are met."

To that end she said she would be meeting Ministry of Education Southland Otago director of education Julie Andrews to discuss the counselling needs of schoolchildren.

Ms Pierce, who left the organisation in 2021, estimated the service counselled about 1200 children in 2020. Staff members met six to eight children for half an hour each day, helping them with everything from social anxiety to domestic abuse, she said.

The director of Mirror Services, the Otago-based treatment and counselling centre, Deb Fraser, said she was frustrated funders had not inquired about the needs of existing organisations such as hers, now ChatBus was no longer in operation.

"Services are already under extreme pressure. Learning that a significant number of children need to be transitioned into other counselling services is alarming."

Ms Pierce believed the quick delivery of its services set ChatBus apart from other counselling programmes.

"We offered one-on-one counselling and no wait times. ChatBus went directly to the children and put them first."

A local parent, who did not wish to be identified, agreed.

"My children need ChatBus. Another agency put me on a waiting list for eight months and then just removed my name completely. ChatBus was there for us right away."

ChatBus allowed children to speak to a counsellor without lengthy procedures and cumbersome bureaucracy, the parent said.

"My children have nowhere to turn now.

"I hope there’s a way forward for ChatBus."

It is SUCH a shame that we are losing this valuable resource. The wording implies the offer is there IF Chatbus wants to take it up to continue to support the community. It implies that MoE was planning on giving this money to Chatbus - but clearly didn't actually tell them about it. It fails to mention how much time and effort Chatbus has spent trying to get money out of the
Government since it was founded, and just how much is required to supply this service - it is a charity after all, and ran on donations and grants - the Government has never offered money to run it. How much are they offering, I bet it is a token amount to say they tried.
1. Does the offer cover operational costs, and for how long? The counsellors need paid and the buses need fuel.
2. Labour's programme to supply counsellors to all primary schools ended up funding a private for-profit service that doesn't even do counselling, in 5 Dunedin schools, none of which were Chatbus schools
3. Where were you for the past decade?!
Too little too late, and there are so many little kids who are going to be suffering as a result. Once again Labour promised one thing and fails to deliver.