The Otago Regional Council’s new code of conduct continues to block councillors from publicly speaking out against "illegal or muddleheaded" actions of council staff.

The council adopted a new code of conduct yesterday, following a review made after concerns were raised when Cr Michael Laws was investigated for an alleged code of conduct breach last year. 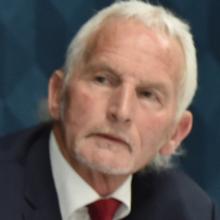 Cr Laws was cleared of wrongdoing after the complaint against him by former chief executive Sarah Gardner, following comments he made in the Otago Daily Times last year.

Mrs Gardner, who left the council this month, took issue when Cr Laws called council actions around illegal dumping in the Clutha River "extraordinarily embarrassing" and days later described a staff report on the Manuherikia River as "crap" and "bogus".

After an independent investigation into the matter, Cr Laws was cleared, but the code of conduct itself was found to be inadequate.

It would de-escalate tension and lead to early interventions to end disputes between staff and councillors, Cr Laws said.

However, he said he was disappointed it did not address the most important issue, a councillor’s free speech.

Untouched from the previous code were sections on councillors’ relationships with staff and media comment on a member's own behalf.

"If staff do something wrong ... should an elected member have the right to publicly comment on that or not?

"This still has the capacity to shut down elected members and stop them from holding to public account staff actions that may be injurious, wrong, illegal or muddleheaded, or any combination thereof."

Cr Laws was the only councillor to vote against adopting it.

Cr Kevin Malcolm said it was important that councillors adhered to the code and raised any concerns about staff with the chairman or chief executive.

Chairman Andrew Noone said the council now had a fit-for-purpose code of conduct to steer it through complaints.

"It’s a framework for us to work within, and there are consequences if we step over the line," Cr Noone said.

And the ratepayers are dissatisfied with the waste of time and money ORC.

What an ongoing waste of money. Why is the existing code of conduct for local government councillors insufficient? This is all part of the legacy of poor guidance from ORC executives. More heads need to roll!