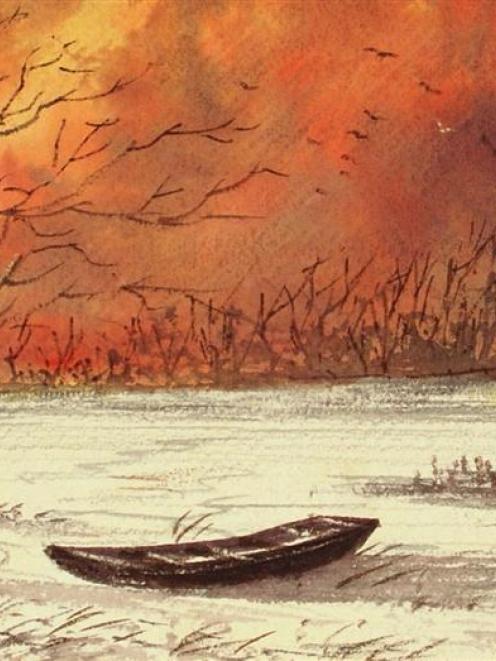 "The Haunts of Dickens", Paul Braddon (DPAG)
On the bicentennial of Charles Dickens' birth, Dunedin Public Art Gallery is showing a unified set of watercolours by British artist Paul Braddon (1864-1937). The collection was donated to the gallery in 1956 by A.H. Reed (1875-1975), a philanthropic publisher based in Otago, and consists of 58 works depicting verifiable locations exploited by the 19th-century novelist.

Braddon has rendered various locations for the pleasure of Dickens enthusiasts by illustrating the historic interiors and exteriors with structural integrity. In so doing, he has defied watercolour's often unearned but frequently bemoaned reputation for insipidness.

The works are grouped according to tale (Oliver Twist, David Copperfield and so on) and even to those unfamiliar with the texts they can offer storybook appeal. Interestingly, the paintings omit the urban griminess Dickens revelled in and yet, though it is difficult to suggest to what extent, the artist has underplayed signs of relative modernity so as to keep his works in connection with the literature.

The streets seem fairly sanitary (albeit frequently ominous) and the lone figures show little detail of fashion, transport or trade; this keeps the imagination smouldering.

If you glance at these works they will likely be unrewarding, but if you contemplate the stuffy Victorian standard of living, another era may begin to transpire. 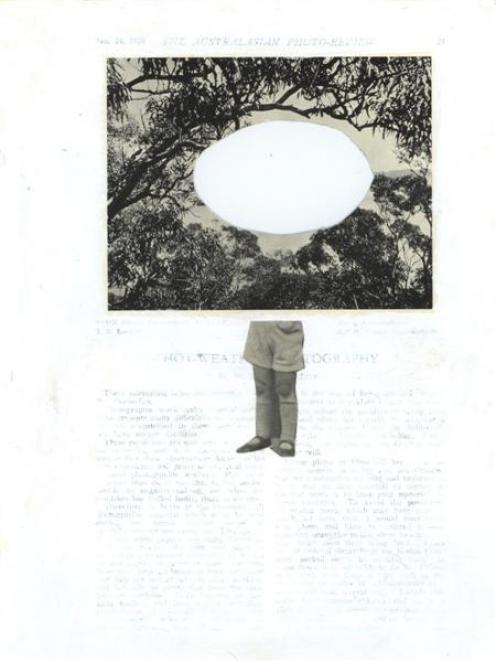 "Hymns and Wee Plants", Patrick Hartigan (Brett McDowell Gallery)
• Sydney-based artist Patrick Hartigan is having his fourth show here in New Zealand at the Brett McDowell Gallery. His works largely comprise magazine spreads which have been attentively worked over in oil paint, and complementary to his sensitivity to the latent oddness and physicality of ordinary things, there is a biographical quality perceptible within this collection.

Small snippets of text and photography from various Australian magazine articles emerge beneath erratic but eloquent brushstrokes, making for an array of dislocated, fairly surreal images of human figures and referential forms.

The idea of an individual removed from home along with a sense of personal reflection over the meanings of place and sign, really seem to resonate within these quietly introspective collaged paintings.

The overall presentation of the exhibition (perhaps because they are works produced during the artist's travel) implies something akin to pages torn from a philosopher's visual diary, existential ideas jotted down in moments of clarity.

Alternatively, they could be the expressions of an aesthete or a poet; someone unearthing peculiar beauty through the concurrence or absence of familiar things. It is either intensely profound or beautifully simple (perhaps both) and its honesty makes for an earnest experience which is visually echoed by the gallery interior itself. 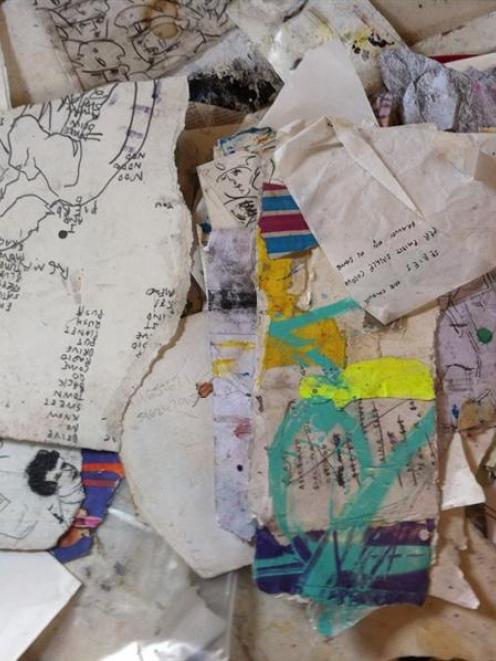 "F*** Now Suffer Later", Philip James Frost (A Gallery)
• The polished floorboards of A Gallery are competing with the working matter of Dunedin-raised artist Philip James Frost. Rather than exhibiting paintings, Frost is displaying the guts of his studio, causing that age-old question regarding what makes art "art" to be vanquished by the cohesion of process and product.

Books, drawings, magazines, paintings, a palette and the occasional lighter are in layers across the floor, but far from being the chaos known to make obsessive types twitch, this is (to the artist's eye at least) an organised mess. Taking four hours for him to (re)create, the display is delicately individual; it provides curious insight to both the artist's musings and his methodology. What may be perceived as an intriguing array of chewed-up-and-spat-out imagery is, in practice, an operative arrangement of ideas; a cocktail of resources so essential to Frost's creativity that he arrived at the weekend to retrieve a few from the display.

Significantly, it was curator Jay Hutchinson who saw the artistry of Frost's working-matter, and it was through no self-aggrandisement that the artist (eventually) agreed to display it. Rather, and in an absorbing conceptual twist, this downward expulsion of the artist's mind might well be taken as Hutchinson's exhibition of Frost, or alternatively, an expose of the life-art continuum.