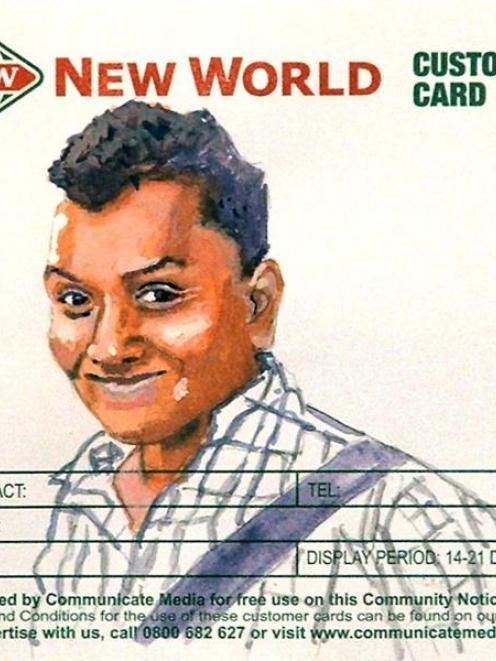 Chilean artist and musician Javier Mansilla has chronicled his New Zealand travels through a collection of watercolour portraits of ordinary New Zealanders going about their daily chores.

To emphasise the everyday nature of these brief encounters, he has painted the portraits on noticeboard cards from the supermarket chain where he met these people, creating ''Faces of the New World''.

The pun is a deliberate one; not only is it the name of the supermarket chain, but New Zealand is also a true new world for the artist.

There is a fear with this sort of work that the execution might not live up to the concept. In this case, the fear is unjustified, as the portraits are fresh and appealing, each nicely capturing some of the spirit of the sitter.

A nice touch is the addition, under each portrait, of a ''title'' in the form of a snippet of conversation between painter and paintee. These provide an often humorous juxtaposition to the works.

A second group of pieces, smaller in number but larger in size, is presented nearby.

This experimental series is of studies in various media of the nature of brick walls, and leads from pure figurative painting through to more expressionist sculptural pieces. 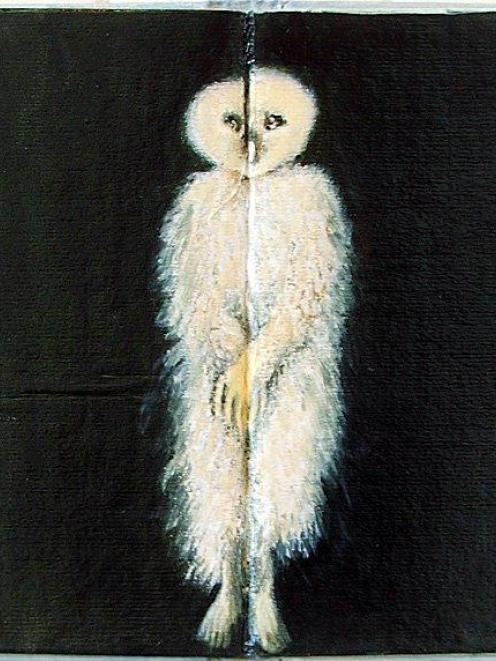 The extremes of light and dark make their presence felt in Kathryn Madill's latest exhibition at Inge Doesburg Gallery.

The exhibition opens with several paintings of pale figures constructed on the solidly glued pages of books.

The ethereal angelic chimaeras which loom from the solid darkness are semi-human owls and fish whose presence and appearance is enigmatic, leaving the viewer with more questions than answers. Several larger paintings show an influence of the artist's travels to the Antarctic, with Last-Supper-like arrays inspired by the sight of tabular ice floes.

The true depths of the exhibition, in terms of light and dark, are provided by the heavy, oppressive black and strongly lined white of a series of fine monotype prints, their grouped figures no less enigmatic than those in the paintings, but here engaged in an interplay of activity.

The titles of the works, which indicate the mythological origins of many of the actions depicted, provide some clues, and there are also hints of connections to New Zealand art history, notably Hammond's gaunt, thin anthropomorphic forms.

The exhibition is competed by an intriguing series of house, boat, and bowl forms created from prints. Initially a way of ''rehabilitating'' previous works, Madill now creates prints specifically for use in the construction process. The resulting forms are charming and appealing. 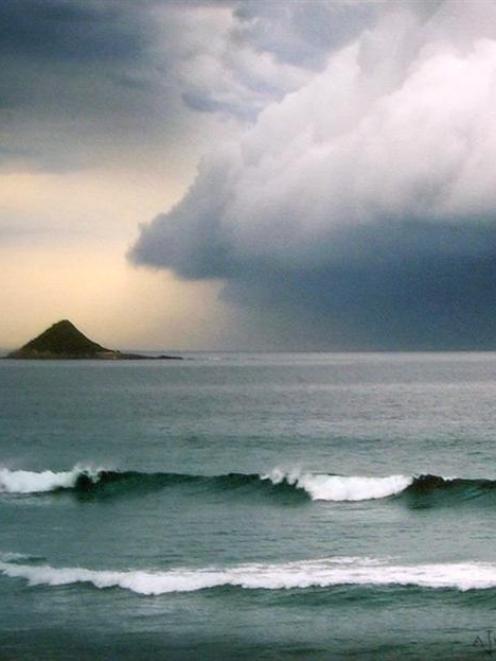 The Green Island Gallery is exhibiting a collection of fine photographs by John V. Hart. Hart has a long experience in his craft, and an uncanny eye for the dramatic in landscape and lighting.

Hart's images show a strong sense of what makes a scene effective, and his ability to turn what could have been a flat image into a deep three-dimensional scene is particularly good.

The photographer's images, predominantly of local scenes, but with a few overseas images thrown in for good measure, draw the viewer in, and the minutiae of the landform become weighty protagonists.

The dramatic lighting and composition of images such as Danseys Pass Rocks and Westland Dawn raise them far above mere landscape photographs, and open up the inner nature of the land.

The works are printed on archival quality canvas. While this may be understandable, it is a double-edged sword.

Canvas is a perfect base for the deep textures of oil paint, but for photographs - especially ones which rely on the precision of line and capturing of the essence of mood - it is perhaps less than the perfect ground.

Though canvas may give the perception of photographs as ''high art'', when the skill of the photographer is good (as it is here) no such embellishment is necessary.