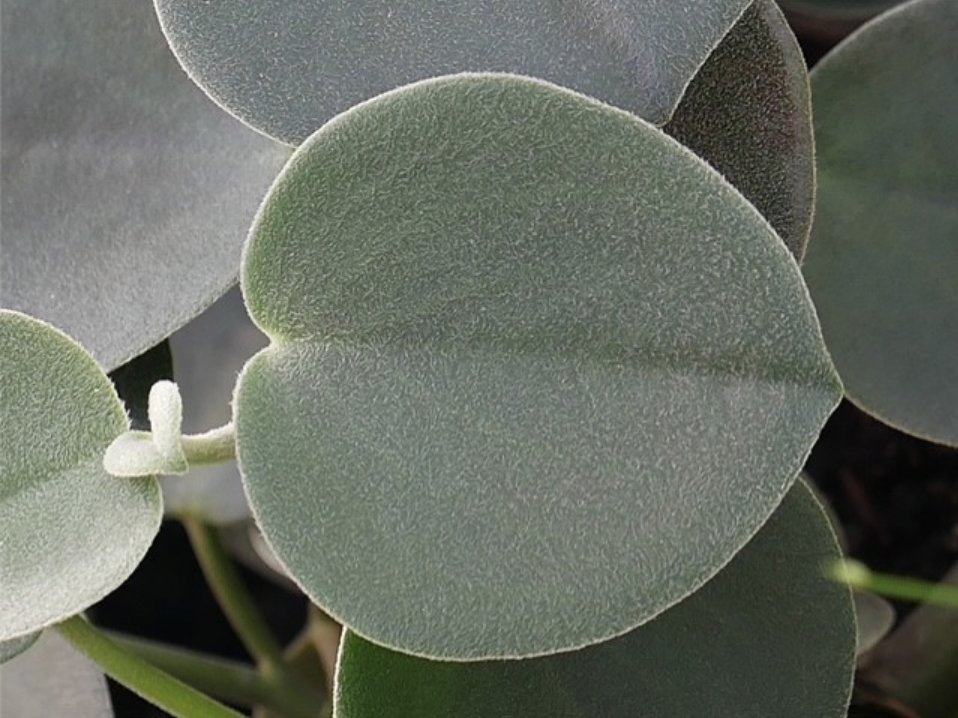 Chlorophylia — a human’s love for or attraction to trees and plants — characterises Anne-Marie Davis’ suite of photographic works at the Dunedin Botanic Garden Visitors’ Centre. Describing her works as "light drawings," Davis pays particular attention to the analogy of creating with light: plants via photosynthesis and humans through photographic technology. As the title, "Photosynthesis: Drawing with Light" suggests, Davis’ chlorophylia revels in the ability of plants to absorb sunlight (and rain and nutrients from the earth) in order to grow.

Davis’ time spent with plants and trees is evident in the four seasons captured, which provide the conceptual and formal foundation for four photographic works composed of four images arranged by a horizontal grid. Titled Pink Hue, Green Hue, Yellow Hue, and Silver Hue, these four works document spring, summer, autumn, and winter respectively. In addition to capturing the beauty of each season, Davis’ titles for the four works that comprise each of the Hue series demonstrate her botanical knowledge of plant processes. Transpiration, Solar radiation, Osmosis, and Stomata correspond to Yellow Hue, or autumn. Among the scientific terminology, Davis also uses onomatopoeic words such as Pit-pat (Silver Hue) and attributes such as Sustenance (Pink Hue).

Alongside the Hue series, Davis exhibits three large, single works including Landing (2022), in which sunlight begins to crest the feathery surface of large flat leaves, and a portfolio of other photographs. Davis takes the viewer close-up into the quiet moments of intimate plant life. 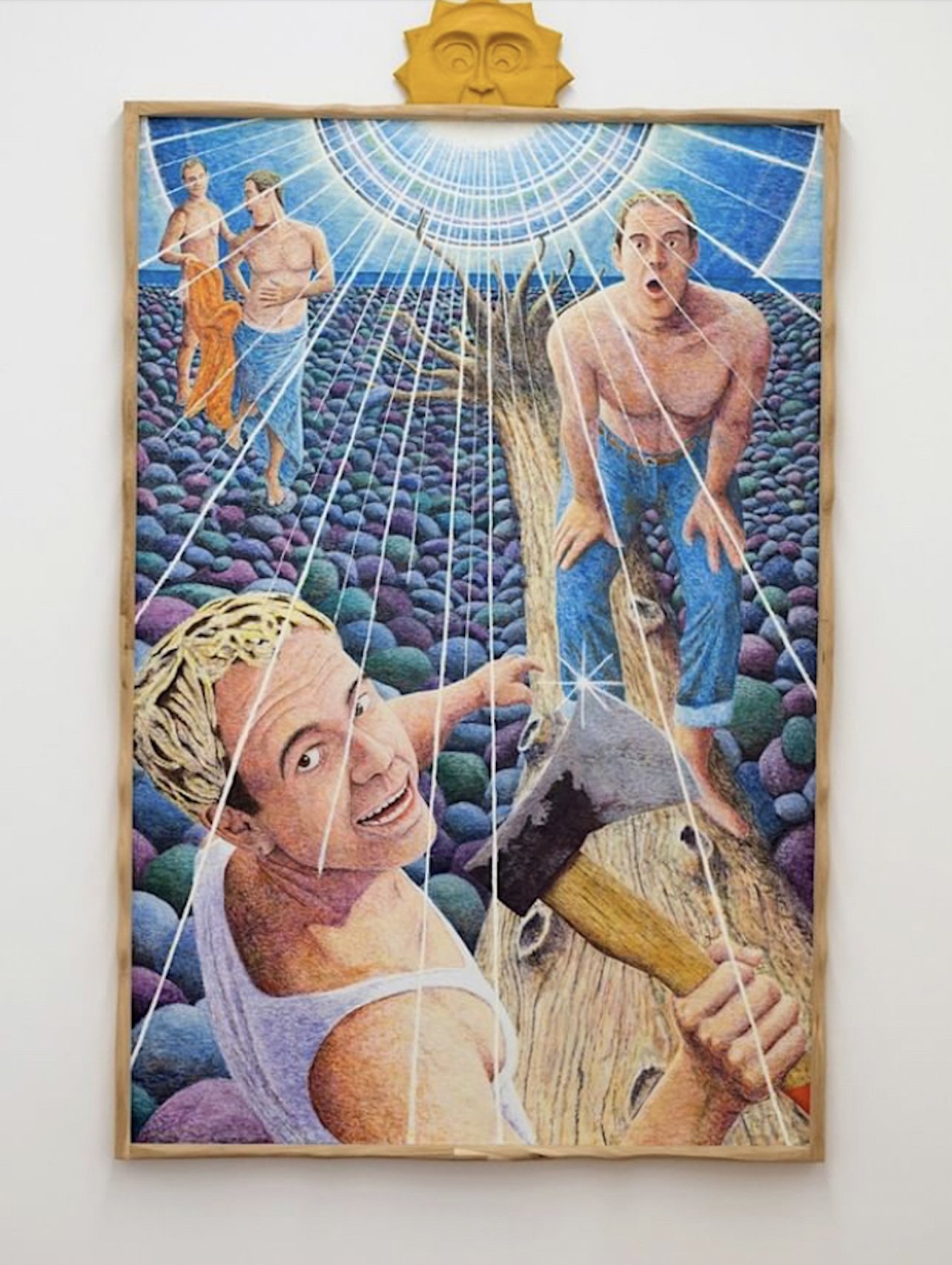 Otepoti Dunedin viewers may recall an exhibition at Blue Oyster in 2020 titled "DUIRVIUS" that featured the work of Owen Connors and Laura Duffy — two of the artists in "For the feral splendour" at The Physics Room in Otautahi Christchurch. Connors and Duffy are joined by Tamaki Makaurau Auckland-based artist Aliyah Winter. Of the three artists, Connors responds most closely to the work of queer poet C.A. Conrad — from whose poetry the partial line "for the feral splendour" originates. Feral splendour in Conrad’s poetry and in this exhibition constellates ecological concerns, queer love, (un)belonging, and friendship.

Connors’ egg tempura on board paintings, Autotomy and Die Zerstuckelung (both 2022) toy with subjectivity as Connors interjects themselves into, and expands, a "rite of passage" biographical event from Conrad’s life. Accomplished figurative paintings, Connors’ works exist on an expansive continuum between homage and biographical takeover.

In the spirit of friendship and collaboration, Duffy contributed the hanging mechanism to Winter’s ceiling to floor black banners with Latin text and supernatural cross-species digital images. 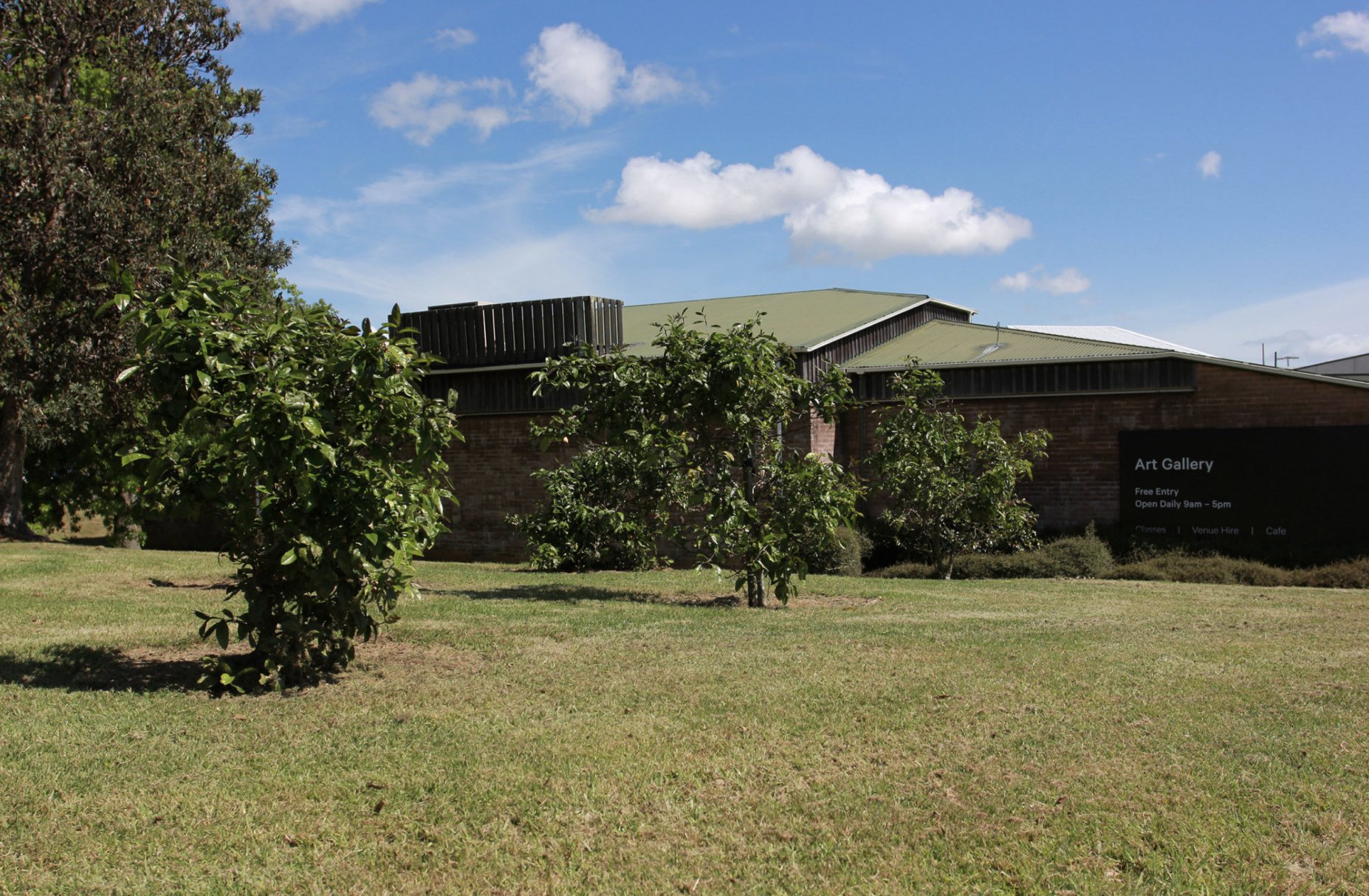 In companionable dialogue with Davis’ exhibition at the Botanic Garden and "The Feral Splendour" at The Physics Room, this review draws attention to ongoing works initiated by artist A.D. Schierning that were commissioned by Te Tuhi gallery in Tamaki Makaurau Auckland. Schnierning began the Freedom Fruit Gardens in 2007 as an attempt to make tree-ripened fruit publicly available, especially to those who struggle to afford fresh fruit. As a result of Schnierning’s work, there are fruit gardens in Auckland and Wellington.

The Freedom Fruit Gardens could be considered as a type of "social sculpture" according to the term proposed by German artist Joseph Beuys and related to the project he proposed in 1982 at Documenta 7 in Kassel: to plant 7000Eichen (7000 Oaks). Comparably modest in scale yet vitally important, Schnierning’s project is to grow edible trees, make healthy food accessible, and address societal inequities.

These aims are likewise shared by Tamaki Makaurau artist Sarah Smuts-Kennedy best known for her project For the Love of Bees. Using art-based methodologies, For the Love of Bees involves the artist and community groups planting "pasture paintings" for bees, providing bee workshops, and working with communities to grow nutrient-dense organic food.

Faced with ongoing uncertainties, Schierning and Smuts-Kennedy provide helpful models for how to create community, grow and share food together, and to consider the health of all beings: to feed the earth as we feed ourselves.