By John Lewis
0 Comments
David Bowie’s anthems accompanied on stage by high-flying acrobats will have you singing along between gasps.

That is just one of many shows coming to Dunedin from around the world for the ODT Dunedin Arts Festival on October 12-24.

The programme for the festival was officially launched last night at the Dunedin Public Art Gallery and highlights include the world premiere of Thom Monckton’s The King of Taking, a hilarious family play; Rutene Spooner’s musical-cabaret about New Zealand’s own demigod in Thoroughly Modern Maui; NZSO symphonic concerts with Venezuelan pianist Gabriela Montero, New Zealand singer and actress Whirimako Black and Dunedin’s Shayne Carter; the alt-country neo-soul of Canadian singer-songwriter Frazey Ford; and delving into the human experience with one of the country’s most in-demand dance companies, Atamira, with their show Te Wheke.

Festival director Charlie Unwin said he was looking forward to seeing the performers in action. 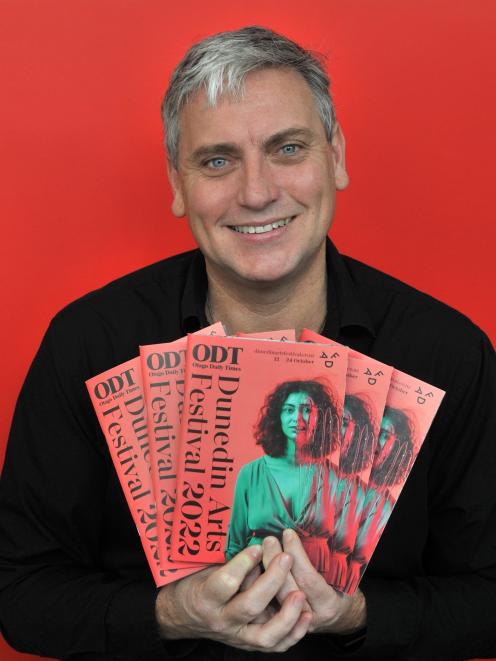 ODT Dunedin Arts Festival director Charlie Unwin with this year's festival programme launched at the Dunedin Public Art Gallery last night. PHOTO: CHRISTINE O’CONNOR
"It’s such a blast to be welcoming international artists back into the festival, especially knowing that they’re going to be a real hit with audiences.

"We have two circus-theatre shows from Australia that are the perfect antidote to the last couple of years - high energy, fast-paced and heaps of fun, with absolutely thrilling performances and adrenaline-charged soundtracks.

"It’s also fantastic to be returning in our usual time slot of spring, when we’re all ready to come out and be entertained, challenged and surprised and truly soak up the city in festival-mode."

Mr Unwin said the show would bring a broad range of music, theatre, dance, circus, comedy, talks, visual arts and community events to the city, and promised to be "a celebration of the excellent and the extraordinary".

He challenged people to commit to three festival shows.

"There are plenty of free events, which makes that three-show-challenge too easy."