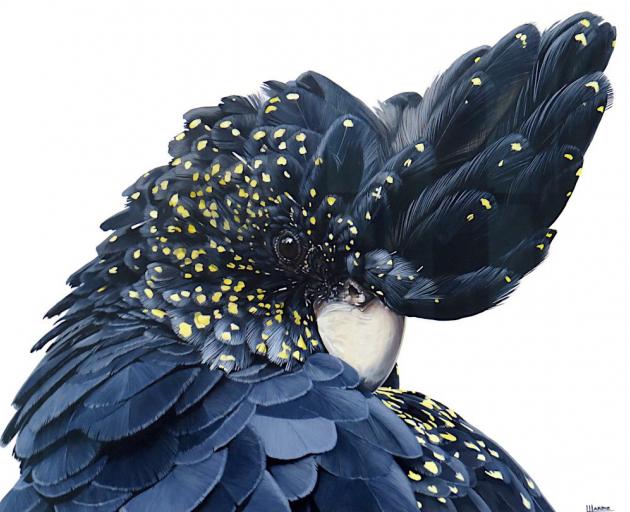 Black Cockatoo, by Laura Hardie
"A Wonderful Bird is the Pelican", Laura Hardie (The Artist's Room)

Laura Hardie is a master of one of the most unforgiving of artistic media, the chalk pastel.

Hardie uses the medium to excellent effect on a series of beautiful images of birds and her more well-known subject, horses. The images are accompanied by several fine works in other media.

The strong colours of the pastels are particularly well suited to the exotic plumage of flamingoes and the titular pelican. The artist's exact eye and obsessive dedication to the details of plumage have produced almost photographic images.

The feathers seem to glow, and the textures - particularly of the pelican's downy head and neck feathers - are quite remarkable.

The less flamboyant colours of horses and Canada geese are well served by the use of graphite and - in one case - charcoal and pastel. Here the fine detail is allowed to take centre stage rather than being partially overwhelmed by the brightness of the colours.

It is perhaps significant that of the equine pastels, the most effective is not of a horse, but of a flamboyantly patterned yet ostensibly monochrome zebra.

The one acrylic work in the exhibition is an impressive one; the artist beautifully captures the personality and behaviour of a black cockatoo in this charming painting. Hardie's pelican is indeed a wonderful bird, but this cockatoo runs it a close second. 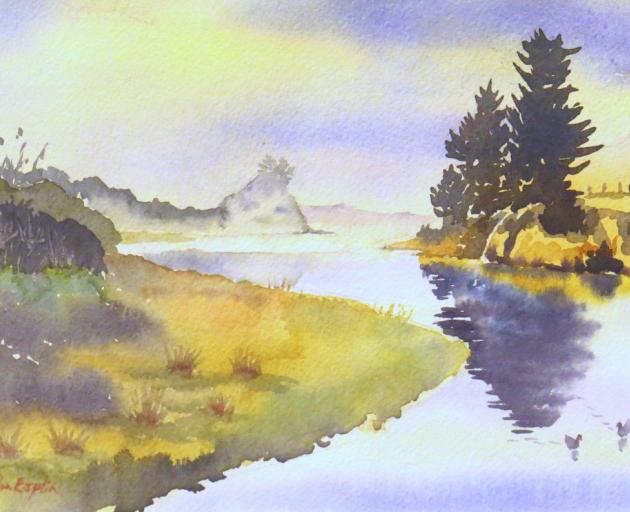 If pastel is an unforgiving medium, the same can be said doubly of watercolour. However, Ron Esplin's exhibition at Robert Piggott Gallery shows that if the artist treats it as an equal in the painting process, rather than regarding it simply as a tool, it can produce marvellous results.

Esplin regards his medium in just this way, using it to produce effects which are a combination of deliberate aim and happy accident. By allowing the watercolour to have its head, his scenes have a liveliness and, at times, almost a playfulness, which would have been absent from workmanlike draftsmanship alone.

Esplin handles the colours and the layered intensity created by overlapping areas of paint adeptly, producing works which are full of both hazy and recognisable detail. It is this blending of the deliberately vague and finely detailed, which adds much to the atmosphere of images such as Otago Boys' High and North Dunedin. The works are also full of an obvious love for the city.

The artist has stretched himself with several of the works, allowing a looser, more painterly style to come to the fore in paintings such as Ross Creek and Brighton Beach, and he ventures into the bolder colours of acrylics for one large piece, Autumn Glow. 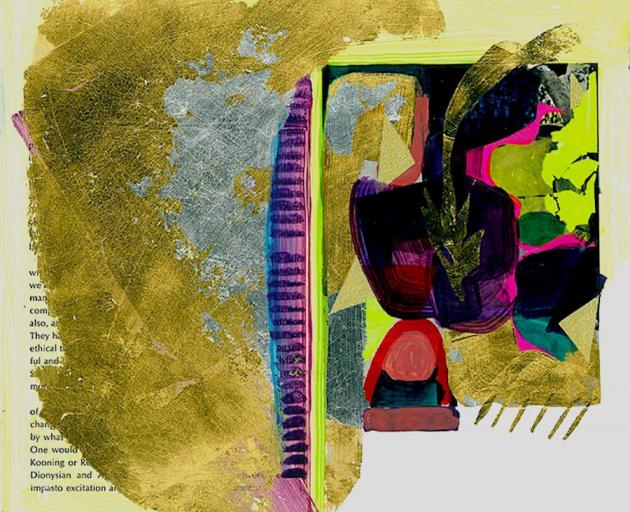 Plinth sums up much of the exhibition: a single ceramic abstract, in the form of a highly glazed earthenware ''rock'', sits atop an elegant but tiny pedestal. We seem to be being told that a seemingly humble abstract is being raised on high as an edifice, but not so high as to be out of reach. We see low art, high art, and the shifting distance between them.

More of Child's rock-like abstracts adorn a wall of the gallery, seemingly placed at random. The effect reinforces the pieces' seemingly natural element, their artful artlessness. Child's work also includes a series of ceramic abstracts which can simultaneously be viewed as an ironic homage to the frying pan and as a more sincere nod to the target artworks of Jasper Johns.

Parkes' iconoclastic work is displayed on the opposing wall. The artist has taken pages from a book on abstract expressionist Robert Motherwell and used them as the canvas for her own abstract expressionist work. The bright, dynamic images occasionally reference Motherwell's images, and the effect is of a long letter, simultaneously honouring, defacing and ''improving'' the work of the 20th-century master.