When she was going through a tough time, Imogen Taylor decided to apply for the Frances Hodgkins Fellowship and the Wallace Art Award with the goal of moving out of her comfort zone and Auckland.

No-one was more surprised than she when she won both.

‘‘Funnily enough I got two of the major things I applied for.

‘‘It was a huge boost in confidence and it pushed me to work harder and commit to the practice a lot more.’’ 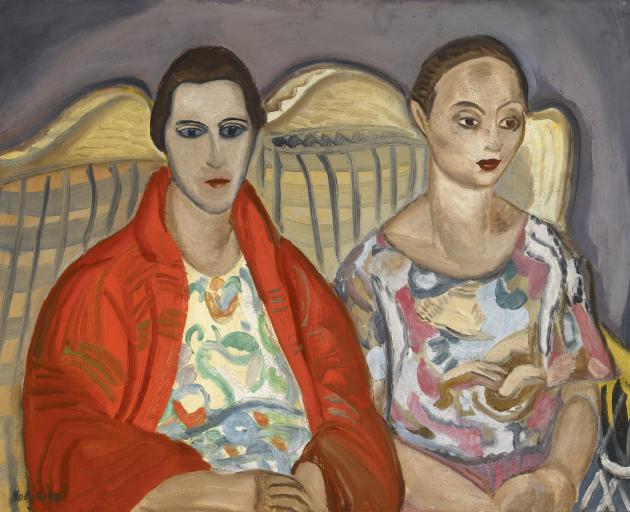 Friends, Double Portrait, by Frances Hodgkins. Photo: Hocken Pictorial Collections, 73/169
Taylor has been happily ensconced in the fellowship studio in Dunedin for the past year, although she has taken the opportunity to travel and speak at several symposiums.

Although at first she was a bit apprehensive about moving from Auckland and the impact it might have on her work, the move to Dunedin has been a positive one.

‘‘I was a bit worried I’d get way too chilled out but it’s been the opposite. It’s been wonderful, I really love Dunedin. I’ve found it quite easy to be productive down here.

‘‘Getting out of the city and going on adventures has been quite important.’’

She has also enjoyed learning more about the history of a different place.

The small queer communities she has lived among have been welcoming, ‘‘super progressive’’ and unified. 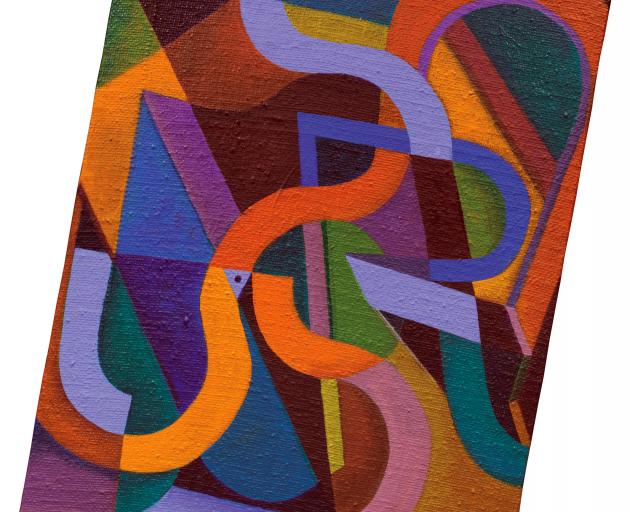 Different Types of Clown, by Imogen Taylor
‘‘I’ve made lifelong friendships. I’m hoping the queer community and the visibility of them will grow even more. It’s still overshadowed by a traditional Pakeha, male presence. It’s still dominant here.

‘‘Dunedin is really ready. It’s not as conservative as North Islanders like to think.’’

The city has also had a significant impact on her painting.

‘‘The depth in the paintings has changed significantly. There is a kind of richness that has come about in the work, the colours have become vivid since I’ve been down here. It’s obviously to do with the light and the way it creates a saturation of colour.

‘‘Having time in Dunedin has allowed the work to develop significantly.’’

That is reflected in her latest show ‘‘Sapphic Fragments’’ at the Hocken Collections’ exhibition space.

The name gestures to the poems of ancient Greek poet Sappho, whose oeuvre was mostly destroyed and only survives in fragments. 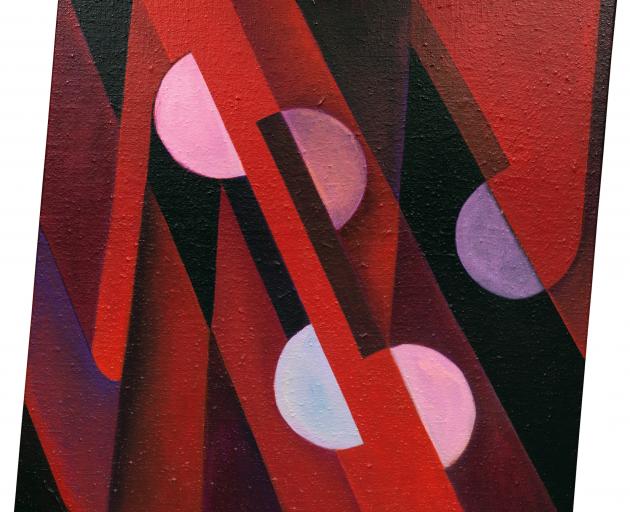 ‘‘There is so much you need to imagine.’’

Taylor’s research and works explore the ways similar processes of destruction resonate with LGBTQI+ communities; in art and in life a lot has been erased, suppressed and hidden from and about queer people.

‘‘It’s something in my fellowship year I really wanted to pull out of my practice — the queer elements of the painting. Obviously, I’m queer but the painting is not overtly queer so it was finding these histories of artists and bring them to the surface a bit more.

‘‘Also the history of homosexuality is completely entwined with the history of modern painting so it was something I was always aware of, but didn’t have time to go deep into that research.’’

She has looked at painters in the Hocken Collections and is hanging three artists’ work — Frances Hodgkins (Friends, Double Portrait 1922-25), A. Lois White (Trio, c. 1930) and Dorothy K. Richmond (Roses with Rainbow Scarf, 1930) — alongside her work ‘‘to kind of suggest a queerness in their work’’.

‘‘I’m not confirming it. I’m creating a space where those ideas can be talked about in their work.

‘‘Each painting hangs alongside my work.’’

The space has given Taylor an opportunity to work again with her partner, architect Sue Hillery, this time on a 14m-long wall painting designed to create an optical illusion of the space being crooked.

‘‘We constantly work together. She’s able to bring my ideas into physical spaces much better than I can. I try to create physical experiences around my paintings.’’

Taylor has always wanted to be something other than a painter but says she does not have the ‘‘three-dimensional skills’’ to do so.

‘‘So it’s really great to be able to bring in someone who can do that.’’

She is proud of how the exhibition has come together and catalogue that accompanies the show.

“The catalogue ... is also the first major publication to document an exhibition of my work.”

Hocken head curator Robyn Notman says it has been a “pleasure and a privilege” to have Taylor undertake the fellowship.

“Imogen has flourished as the Fellow — she quickly adapted to living in Dunedin and to being on campus — and lost no time getting under way with her painting, making new work, testing compositional elements in addition to colour, scale and texture.”

The time, without financial pressures, has also given her what she craved: clarity.

While the works for the exhibition have been finished for months, Taylor continues to work in the fellowship studio, making the most of every minute.

‘‘I’m going to miss this studio. I’ve got quite attached to it. I come in every day and even weekends. It’s a beautiful studio and I want to get the most out of it.’’

Now, with her time as the Frances Hodgkins Fellow nearly over, and an exhibition of her work nearly hung, she is heading to New York.

She put off her 2018 Wallace Award prize — a six-month residency at the International Studio and Curatorial Program in New York — to come to Dunedin.

‘‘Being in amongst those communities will be pretty amazing. I’m really looking forward to going to all those galleries and seeing that high calibre of work and the scale of those spaces. My favourite contemporary painters live and work in New York.’’

Living in one of the most diverse communities in the world will also be an experience.

‘‘Coming to Dunedin was about looking at more of a queer provincialism or like queerness outside of the urban centres and now I’ll be getting plunged into the biggest urban centre of queer people almost in the world.’’

She hopes the experience will again push her out of her comfort zone and is interested to see what impact the contrast between the two cities will have.

‘‘It’ll be really interesting to see what carrys on through to New York from here.’’

TO SEE
‘‘Sapphic Fragments’’, Hocken Gallery, Saturday to March 28.  Artist Imogen Taylor will talk in the exhibition on Saturday at 2pm.