Pianist Stephen De Pledge and violinst Amalia Hall will perform together across Otago and Southland as part of a national tour for Chamber Music New Zealand PHOTO: SUPPLIED
Stephen De Pledge knows how lucky he is to be performing to live audiences. He sees it as a great opportunity for New Zealand to celebrate its homegrown talent, he tells Rebecca Fox.

Pianist Stephen De Pledge has an "incredible fondness" for baroque composers — especially Bach — but he is firmly of the belief musicians have a duty to live in the present.

"As well as playing dead white males — there is an incredible history to music — ... we can’t forget it is supposed to be a living, breathing art form", he says.

So in his first performances since the Covid-19 lockdown, De Pledge and violinist Amalia Hall will perform live for the first time a new composition by Gao Ping, Bitter Cold Night.

De Pledge and Hall recorded the piece during Level 4 of the lockdown in their separate homes. The pieces were then sent away to be mixed and the finished piece went on YouTube.

"There has never been an audience in the room when this was played, so it’s going to be quite special to play the piece in front of a live audience. It was inspired by the composer’s experience of the lockdown in China. It’ll bring something totally new to it.

"It means we don’t get stale. If you are playing the same old pieces — they’re amazing of course and you could spend your whole life playing them — but you need to make sure you are not just living in the past." 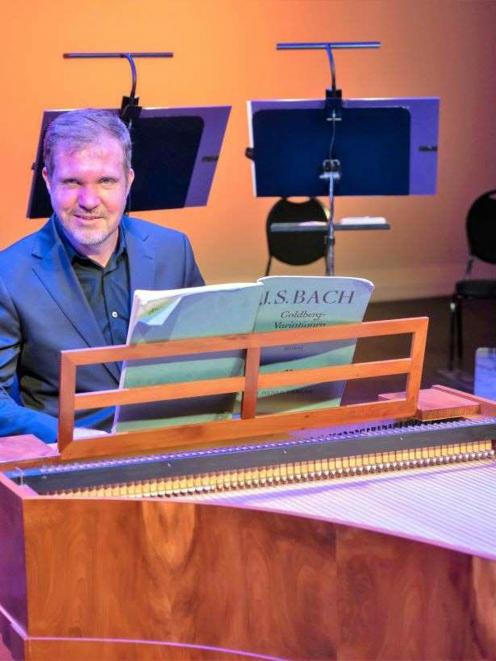 New Zealand has an amazing composition scene, which needs to be celebrated in this new era, he says. Gao Ping taught at the University of Canterbury and New Zealand School of Music, so "we claim him as one of ours".

De Pledge is considered one of New Zealand’s most versatile musicians, and has lived and performed around the world.

He grew up in Greytown, Wairarapa, playing music all the time and encouraged by his next door neighbour, a music teacher.

"I’d go to her house and mess around with different instruments and making stuff up. It was exactly the right thing for a kid, just have fun, no stress or panic, just having a great time — that is the key to a lifelong love of music."

That enjoyment of music without the stress is something de Pledge has taken with him throughout his career.

"I love collaborating with people, touring around and having fun. It’s incredibly enjoyable."

He chose piano out of all the instruments he played because of the opportunities it afforded to play in different environments — solo or part of an orchestra or group.

He also relishes the challenges the piano presents.

"I love the complicatedness of it. It’s a complicated instrument — you are thinking along parallel lines the whole time. You are not playing one line, you are playing four or five things at the same time. It’s incredibly good for the brain — a massive workout.

"I love the quick-thinking aspect, the complexity, spending time at home working out how things work together."

He studied music at the University of Auckland before heading overseas to study at the Guildhall School of Music and Drama.

His career was launched after he won the Gold Medal from the Guildhall, and the NFMS Young Concert Artists’ Award.

After time studying in Paris, he based himself in England, where he performed around the country, including giving five solo recitals at the Wigmore Hall in London, where he made his debut in 1999.

He has special memories of his first time playing with orchestras such as the Bournemouth Symphony and Philharmonia (London) and at venues such as the Wigmore, Barbican and Fairfield Halls. He has also given solo performances in Hong Kong, Italy, France, Singapore, Japan, Australia and the United States.

"They’re orchestras I spent my whole life listening to on records and then to play at the Barbican and Wigmore Hall — the place has mythological status to musicians. You grow up hearing about them.

"I had to pinch myself backstage as I was about to walk on a couple of times. They’re amazing memories." 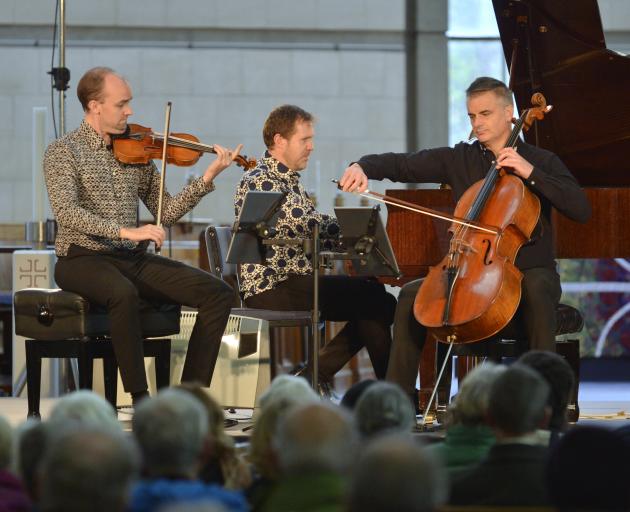 In 2001 he performed the complete chamber works of Arvo Part at the Edinburgh Festival, under the guidance of the composer, and he has become particularly associated with the music of Messiaen, which he studied with the composer’s widow, Yvonne Loriod, while he was in Paris.

But when a job came up at the University of Auckland it was "too good a chance to turn down", he says.

"I came back to teach and perform — it’s the best of both worlds. Travelling around performing full time is exhausting; living in hotels, moving from place to place each day. It can be very tiring but it is rewarding — although if you do it all the time you can burn out."

Teaching was something he wanted to pursue because he knew how important his own time at university had been.

He got the job at the university without any teaching experience but really enjoys helping students develop, he says.

"It’s just as rewarding as playing. You get involved in problem-solving and seeing the development of students."

Teaching and performing are not two different aspects of his career, De Pledge says.

"They feed off each other. One doesn’t take away from the other. It’s the perfect mix."

He started working from home after the Covid lockdown started, in his garden studio, where he has his Steinway grand piano that he shipped back from England when he came home and a Yamaha upright.

"Being separate from the house has meant I haven’t been disturbing everyone all day. I can disappear and do my own thing."

The only problem has been birdsong in the garden when they recorded the Gao Ping piece.

"Even in the final recording you can hear the birdsong they didn’t manage to take out."

It also meant learning the art of teaching online.

"There is a few things we have learnt that we will take forward about recording and listening."

He has enjoyed being able to take such a rare break but feels ready to get back into it again.

It is the preparation for a concert he loves, and he finds the actual concert to be like the cherry on top of the icing of a very complicated cake.

"The work is the fun bit. I genuinely love what I do, and regardless this is what I’d spend my days doing. I’m just very fortunate I’m in a position where I can get up in the morning and live with amazing music."

Auckland has a strong piano department with keen and interested students despite the instrument not being in everyone’s homes as it was 100 years ago, he says.

"Now you don’t need it to play music as you have other ways of doing that. It’s sad it doesn’t have such a big presence in the home anymore."

He hopes it does not mean children are not as exposed to music because learning an instrument has many benefits for a child.

"All kids should have the opportunity to learn. It shouldn’t be exclusive. Music should be available to everybody.

"You want everyone to have music in their life."

He hopes his latest concerts will do that for people who have been without live music for the past few months.

The concert may be the first live music some people have heard since lockdown and he and Hall want to make the concert comforting and reassuring for the audience, he says.

The concert tour had been planned before lockdown and was to have featured a Korean-based violinist, so Hall was called in and the reworked the programme, De Pledge says.

"There was a lot of uncertainty."

As they will be playing the same pieces night after night they wanted pieces they love to play and audiences love to listen to.

"It’s like a toolbox of amazing things and you have to choose what to play with and there are so many works for piano and violin."

"It’s incredibly romantic and dramatic. It’s very difficult for the violin and piano. Its Mount Everest, a rollercoaster for the audience and piano, so they go out on a buzz. It’s got everything — the comfort but also chaos and drama."

As for what happens after the tour, De Pledge’s calendar is very much up in the air. Usually, he has bookings up to two years out but Covid-19 has meant many performances have been cancelled or have uncertainty hanging over them.

"All bets are off. I’m living for the moment. We’re incredibly lucky we’re the only place in the world having concerts with people sitting next to each other. It’s extraordinary position to be in. We all feel very lucky."