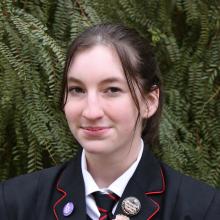 By definition, a hero is a person admired for a noble quality they possess.

That’s what they called me once upon a time, before my broken ever after. Before I sunk to their level. Before I became so much worse.

I always thought I would be the valiant hero on my noble journey, at some point we are all blinded by our view of our heroicness. Convinced we are in the right, believing that we could never be the villain.

A week ago I thought the same and it’s only now as I stand with the world against me that I’ve realised, a hero complex is a dangerous game on the tightrope of good and evil.

We all know that the world isn’t black and white separated by a definitive line of moral righteousness. We all know that there are near-infinite shades between the two blending them, yet we never truly understand it. It’s easy to kid yourself that you know who is right and wrong in a situation, but when the history books are incomplete how will you ever really distinguish the crimes of your neighbour from their achievements.

With a shaky step closer to the ledge I hold my breath with no real purpose. The city is always so peaceful at night, filled with dreams and wishes for what the next day will hold. It’s almost unfortunate that I’m losing that hold on life.

Every time I close my eyes I feel it. The rush, the moment of corruption. A side of me I’d never met before.

The part that the world discovered at the same time I did. I never thought I’d know what it would be like to have true evil at my mercy. To watch as the gleam dimmed in their eyes.

They knew what they were doing. In the end, they had the last word. By ending their evil, I became it. I stepped into their legacy, I lost myself, my honour, my humanity.

In some ways a tainted hero is worse than a villain. At least the antagonists know how evil they are, they admit it to themselves, they are willing to do whatever it takes to reach their goals, while a hero hides their mistakes and demonising qualities. Masks them with a dynamic pose and a false show of saving the world when they only want to save themselves.

Ironically, I was the only person I couldn’t save.

As I stand with blood-stained hands, raw from the constant attempts to scrub the evil from my body, I feel a sense of tranquillity.

Everyone wants to be a warrior, a champion, a knight in a shining suit of armour, until those you protect crucify you.

Looking over the city with its peaceful spiderwebbed streets and reaching towers, my toes curl over the edge of a nearby cliff, not yet important enough to be given a name with any real meaning.

One last thought enters my mind and it dawns on me, perhaps the world really was made to be black and white, until it was tainted by the bloodstain of human error.

The thought comforts me, but not enough and with the moon as my only witness, I gently lean forward and with the rise of the sun. I fall.