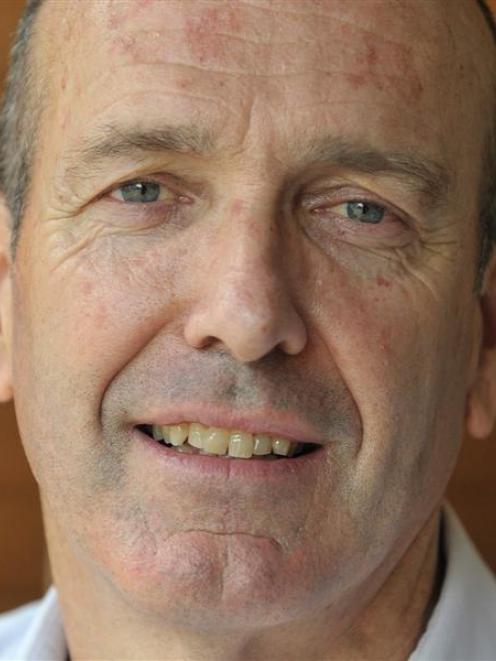 Nicholas McBryde.
Q How was your festival experience?

It's been quite a roller-coaster but I'm really pleased with the general response. It's a delight to see the enthusiasm, joy and buzz of the audience members having a great experience. QWere you pleased with the attendance numbers?I feel deep down the numbers are not going to be as big as we've had in the past but we are going to be fine and I'm happy with what we've achieved.

Q How many people were involved to make this happen?

We had 97 performances and 35 shows - that's extraordinary - that's as many as we've ever had. It's remarkable. We have had about 360 performers from 11 nations in Dunedin for the last 10 days. We have a team of three core staff and more than 50 technicians and 120 volunteer staff working their fingers to the bone to ensure the festival is delivered.

Q The future of the festival?

It will be fine. There is no question the 2016 festival will take place because this one worked artistically, critically and financially.

Q What performance were you uncertain would work in Dunedin?

I saw Odyssey in Edinburgh last year when I was a guest of the British Council and Creative New Zealand - the first time I've had a trip anywhere in the job in 15 years - and I thought the production was fantastic but then I vacillated, thinking it would be a difficult sell because it's hard to describe what it is, but I thought `this will work, we've got to make it work' and took a leap of faith to make it happen.

I don't have those because I didn't watch entire shows - I saw a bit of everything. The highlight for me is seeing people coming out afterwards, and seeing people having a good time.

Q Do you think the tickets price point was right?

I do. I work really hard to ensure we have them accessible as possible. For Odyssey, we flew a company of seven people from London at a considerable cost to do a show you could see for between $20 and $40.

Q Now it is over, do you get some time off?

No way. We've got to keep a head of steam on; otherwise, we'll just wilt. Personally, I'll be taking Labour Day off and then I'll be working through to Christmas because there's a large amount of work to do - budgets, statistics and report to funders and business partners. After a quick discussion with the board, I will be putting the dates together for 2016. I already have eight or nine shows in the wings.