Putting man in the landscape 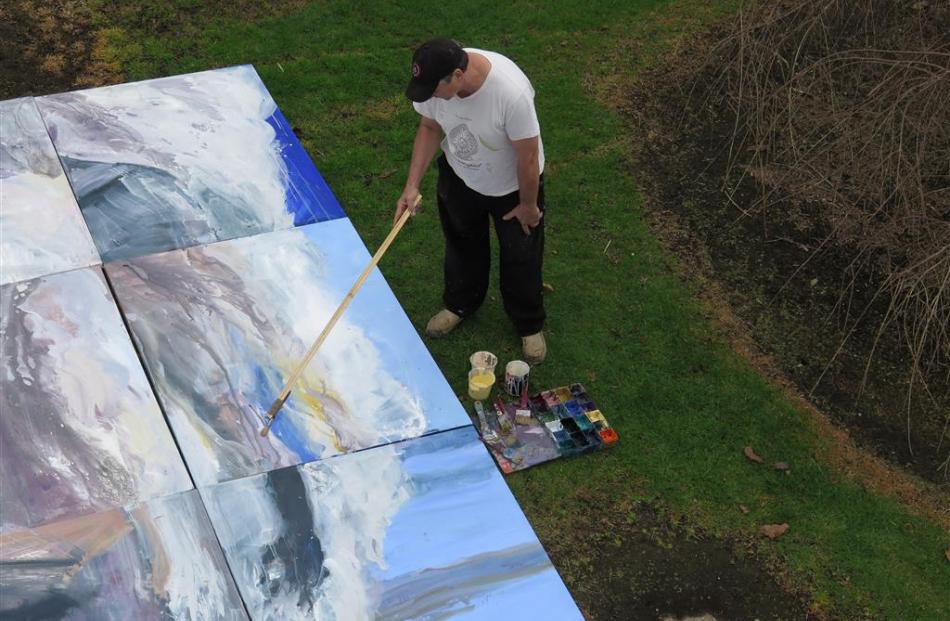 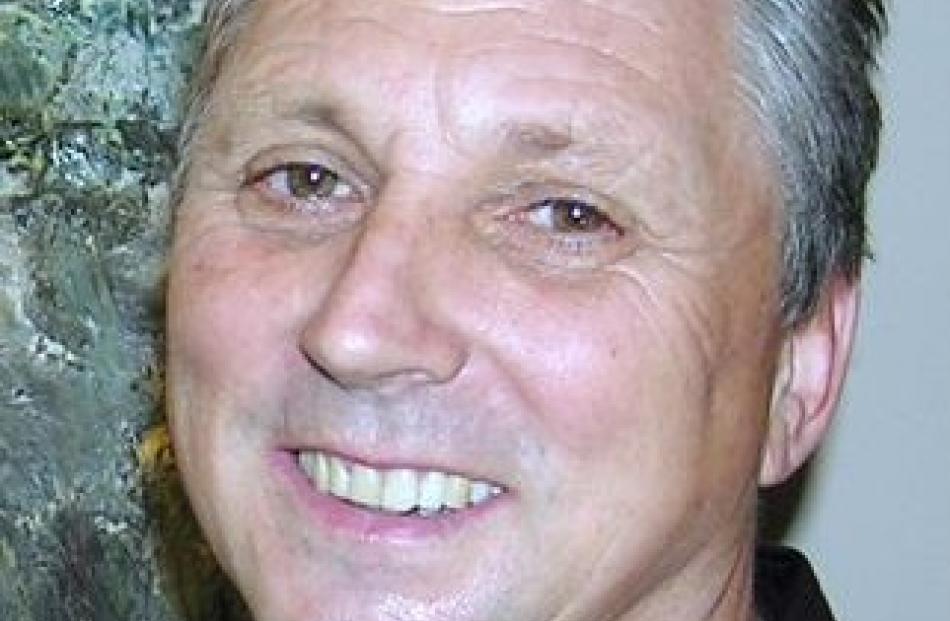 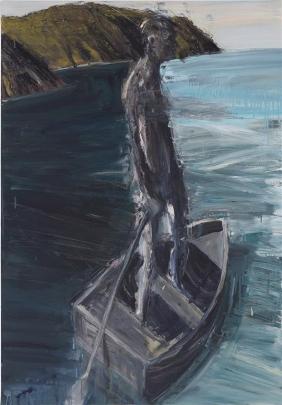 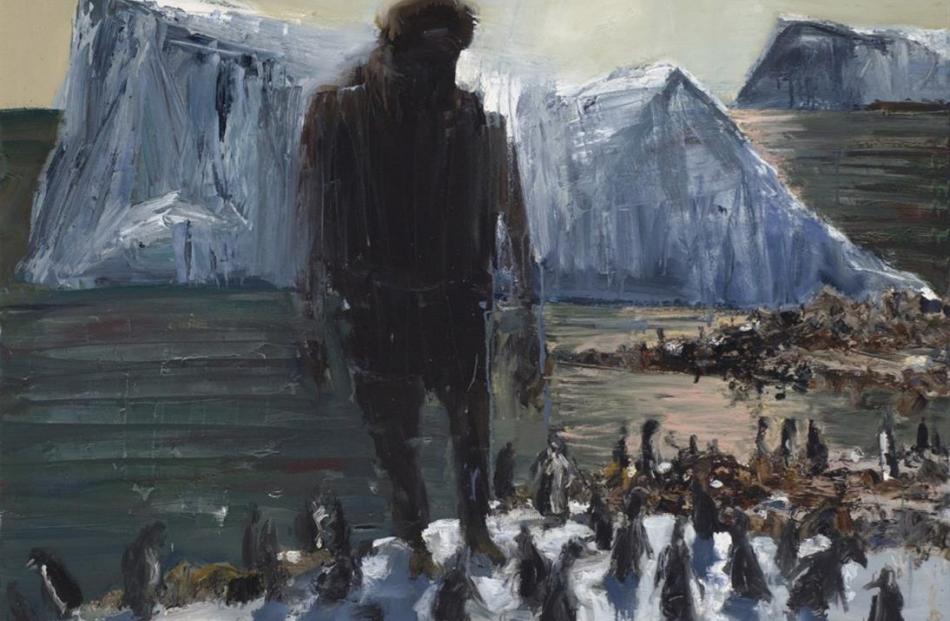 Not worried about descriptions of his work as ‘‘old school'', Euan Macleod is looking forward to visiting Oamaru, the first stop on a national tour of his work. He tells Rebecca Fox why he likes to be called Australasian.

It can be quite confronting to see decades of your work in one space, artist Euan Macleod says.

‘‘I was going through stuff at the time and didn't see how personal it was. It says a lot more about my state of mind at the time than I intended,'' the Australian-based landscape artist said.

About 40 of his paintings, dating from about 1985 to more recent works will be travelling to 12 centres in New Zealand, starting in Oamaru this summer.

‘‘You really get a sense of looking over your life. It's a lot like an artist's diary, reading it you get thrown back in time.

It was termed a ‘‘survey'' show rather than a ‘‘retrospective'' one, probably because he was not dead yet, he said.

‘‘It's quite a strange time seeing the old stuff and yet also very beneficial as you see the work in a context you normally wouldn't, the old with the new.

‘‘It gives you a sense of themes and development which you would not normally see so clearly.

''Macleod is from Christchurch but moved to Sydney in 1981 after finishing art school, returning a couple of times a year to visit family, although he continued to exhibit both in Christchurch and Wellington over the years.

‘‘It's meant I've maintained a profile in New Zealand, which isn't easy when you don't live in a place.

Being a New Zealand artist exhibiting in Sydney is very difficult.

''So instead he established his career in Australia, holding his first solo show there but maintaining his Kiwi contacts by having his second solo show in Wellington.

He had held more than 50 solo shows during the years in both countries.

Macleod had also won art prizes in Australia, including the Archibald in 1999, the Sulman Prize in 2001, the Blake Prize in 2006, the New South Wales Parliament's inaugural plein-air painting prize in 2008 and the Gallipoli Art Prize in 2009.

His work, mostly in oils, also features landscapes from both Australia and New Zealand.

‘‘That has remained the pattern.

''Labels were difficult, as he had made a lot of inroads in Australia but still had close ties to New Zealand and felt ‘‘very much like a New Zealander'' and knew who he supported in sport.

‘‘I'd find it difficult to call myself a New Zealand artist.

I love the phrase Australasian artist.''Few New Zealand artists moved to Australia, instead preferring to go further afield to art centres such as Berlin, New York or London, yet a lot of Australians were quite interested in New Zealand artists, he said.

There were opportunities for an artist in Australia, because of its size, that did not exist in New Zealand.

‘‘It's a much larger market.''He believed much of his paintings, which all feature a figure in a landscape, are about those identity issues that could be quite confusing for those not indigenous to a country like New Zealand.

‘‘Where do you belong? is a different question. In Australia the debate is still going on: look at the boat people. The ideas of belonging and home are fascinating.

''He continues to paint, although believes the idea of painting is becoming ‘‘uncool''.

‘‘My painting is expressionistic, which isn't regarded very highly at the moment.''

An overheard comment about his work being ‘‘old school'' did not worry him.

‘‘I'm quite happy. Old school is what I like to go and see at galleries. A lot of contemporary art leaves me cold.''

Ultimately an artist's work was about what the audience saw or related to, he said.

While an artist's work came from a very personal place, they didn't want it to be so personal there was no room for anyone else's interpretation.

‘‘You want them to connect: most of the figures are male, I'm male, but some see them as generic and not recognisable. Although they're recognisable to me, I'd rather they didn't see that and relate to it in their own way.

He would be returning to New Zealand briefly for an exhibition in Wellington of paintings resulting from a trip he and a group of artists, including three from New Zealand, took to Gallipoli in 2014.

The show is called ‘‘Your Friend the Enemy''.

The exhibition had also enabled him to look back to where he had come from as part of his journey going forward.

‘‘You have to have faith you are heading somewhere.''

Being asked where he was going next, as if it ‘‘should be abundantly clear'', after an exhibition was puzzling.

‘‘You do get a sense of direction ... but of course it is rare, normally I don't know where the hell I'm going.''

Part of that was the need to continually challenge himself and well as the viewers of his work.

‘‘I really don't know. It can be a frightening place. You wonder if you have anything else to say.''

For Macleod having something valid to say was really important.

‘‘It's not a career based on having produced work to sell. It's not about that.''

For most who became a visual artist it was because of a compulsion.

‘‘You do what you love. The reward is not making money or driving around in a Porsche. If you try to do both you fall on your arse.''

Although there were some exceptions, like New Zealand artist Dick Frizzel, who managed it without selling themselves out, he said.

He was looking forward to attending the Oamaru show as it was nice to feel part of an exhibition of his own work.

‘‘It would be like a birthday party photograph that you've missed out on.''

His work was represented in many private and public collections, including Te Papa Tongarewa Museum of New Zealand, the National Gallery of Australia and the Metropolitan Museum, New York. 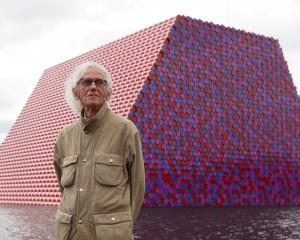 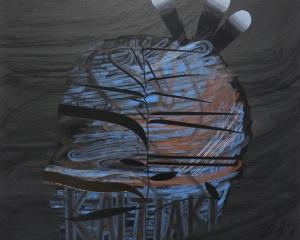 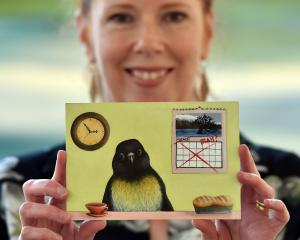 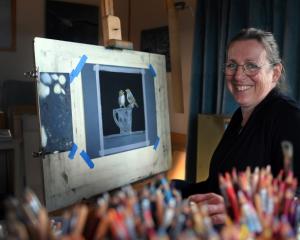