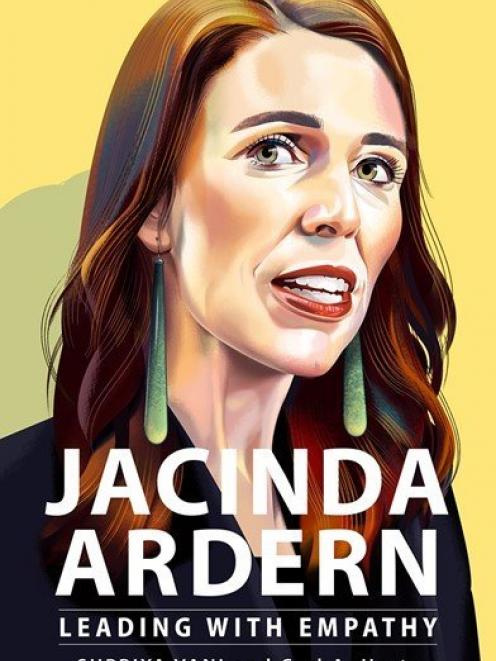 The PR campaign for this, the third biography of the New Zealand Prime Minister in recent months, did not get off to a great start - its subject effectively disowning it.

Ardern, who granted one of the authors several interviews, said she did so on the understanding she was one of several leaders profiled for a group study on leadership styles, rather than as the star of a solo show.

Other than that gripe, Ardern - who is gratingly referred to as "Jacinda" throughout - can have few complaints about Leading With Empathy, which is as comprehensive a hagiography as anyone could wish for.

Vani and Harte come to praise rather than bury Ardern, and she is lauded to the stars.

As the authors pick through a smorgasbord of Ardern trivia, her oft-referenced fascination with Antarctic explorer Ernest Shackleton being but one example, the Prime Minister comes across as thoroughly pleasant - which she is, but empathy is a more elusive quality.

Are the examples given of Ardern being a nice person examples of empathy, and if so is she simply being a genuinely caring person or demonstrating true leadership?

It is debatable whether the authors have proven their case, although very few people would argue that Ardern is not a gifted crisis manager.

But there is much more to being Prime Minister than that, and there are many domestic political issues which Ardern’s handling of has been less assured and which remain unexamined by the authors.

There is no doubt that with both authors being from overseas, Ardern’s handling of foreign affairs - and specifically of the March 15 atrocities - is what they are most interested in.

In this section, and indeed throughout, they have comprehensively mined the rich data source that is the New Zealand media. They have generally done so coherently, although there are a few misunderstood local references that will irk Kiwi readers.

Like almost all contemporary political biography, Leading With Empathy suffers from the problem that its subject’s career is not over and hence unable to be placed in context.

For example, chapters on the White Island eruption and the Covid-19 pandemic were necessary but feel rather bolted on at the end.

Neither of these crises have played out fully yet, and for that matter the recent anti-terrorism hui in Christchurch shows there is a long way to go before the March 15 story is totally told.

But for now, even with all its faults, Leading With Empathy is a decent enough assemblage of what we know about Ardern so far.