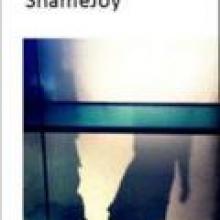 SHAMEJOY<br><b>Julie Hill</b><br><i>Giant Sparrow Press</i>
Auckland-based writer, playwright and documentary maker Julie Hill has branched out on her own with ShameJoy (Schadenfreude), a collection of nine short stories commenting on aspects of contemporary popular culture.

The collection opens strongly with the bizarre Pavlova Debate, speculating on how continual indignation over ownership of specific cultural icons could result in an all-out Antipodean War.

While the themes are meant to be slightly ridiculous, some, like that one, are not beyond possibility.

In Whistle Solo we are privy to the imaginings of heavy metal band members, who, in their past wanderings, have brought in a ''death-cold swirl of Moscow snow spray''.

Hill's rendition of mad personalities and fantasy/reality draws on the historical backdrops of the Cold War, the Iron Curtain, and associated German and Russian political history, as well as features of '80s kitsch Western landscapes such as karaoke machines, bad dress sense and loud nightclubs.

Such features merge in these stories to leave discomforting impressions and blurred connections between ''normal'' life and the darkly whimsical.

Given Hill's background in theatre, these stories would translate brilliantly into a dramatic production.

• Jessie Neilson is a University of Otago library assistant.