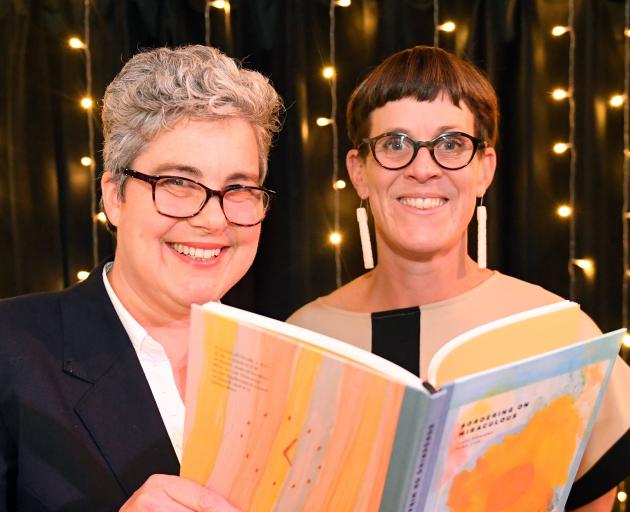 Having a distraction when life throws you challenges can be just the thing to help.

For poet Lynley Edmeades and artist Saskia Leek their challenges could not have been more different but having a project to work on kept them both going.

Their project Bordering on Miraculous, the fourth in the landmark korero series edited by Lloyd Jones, in which he matches artists with writers to collaborate on a book, is being released this month.

For Edmeades, it was her first project since having a baby. She took on the project when Leek approached her after her first match, Bill Manhire, reassessed and pulled out when Covid-19 hit.

‘‘My son was 6 months old. I was in that state of sleep deprivation and thought I’d never write anything again,’’ Edmeades says.

However, she found it the perfect project to work around child rearing, fitting it in during naps or at night.

‘‘It was perfect, I was tired and busy. It really helped to have those prompts partly because of the sleep deprivation but it also got me out of myself and I could spend time with the paintings.’’

Having never worked with a painter before in this way, it was a new experience.

‘‘It was a new way of working. I didn’t have to start with my own thoughts. I look back now and think, ‘‘I don’t remember writing that poem’’ - it was very much some other-worldly state.

‘‘It was so nice to be thinking but thinking in a dreamy, abstract way.’’

Putaruru-born Edmeades and Leek would meet when they could to pass on paintings and writing and talk about ideas.

‘‘We agreed early on that we did not want the writing to be descriptive.’’

So for Edmeades it involved thinking about the abstract nature of Leek’s paintings, the colours, shapes and motifs in her work.

‘‘We talk about the private space where living happens for women and mothers, not necessarily by choice but due to the way society is set up.

‘‘It governs a lot of creativity in the way we care for our children and look after our homes.’’

She wanted to break the taboo of how it has been frowned upon to talk about the domestic space, that it was seen to be cliched or not important.

‘‘If we did not have domestic spaces, the rest of the world would not function. It’s reality, it should not be hidden away.’’ 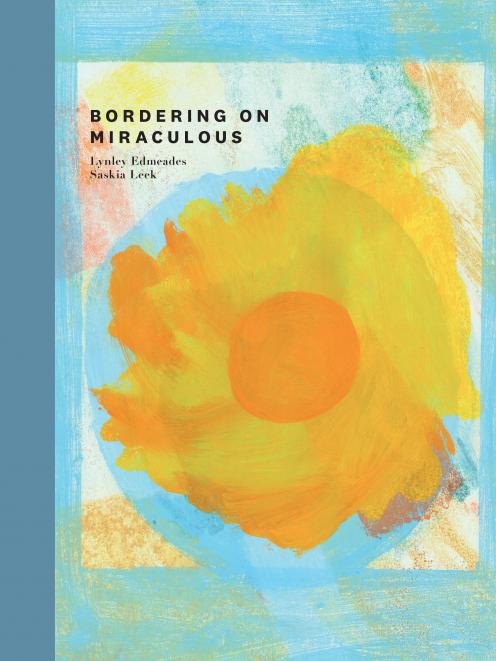 ‘‘They were easy things to hang on to when writing.’’

It was their fascination with the process of how these ideas came about that led to the book’s name.

‘‘We talked a lot about how ideas miraculously happened. So much of this was about the shared process, so much happened in process.

‘‘It’s a mediation of process and the miraculousness of that.’’

The pair came up with so much work they had to cull pieces for the book.

‘‘We had to really reduce it down. Saskia had hundreds of paintings so we had to pare it back, figure out which fitted.’’

Edmeades, who is also editor of Landfall, has always loved the idea of working together to create.

‘‘When I was a teenager I used to fantasise of being in a band. I’d imagine being around others, writing together, creating together. Many years later I became a poet which is all about being alone but I’ve held on to this fantasy of working with others being this magical thing.

Leek has gifted a couple of images to her from the book which she is proud to hang on her wall.

‘‘I can say isn’t this a handsome book as it is something we shared together. It isn’t me blowing my own trumpet. It’s refreshing not working alone.’’

Leek feels the same. Usually quite critical of her work after it is finished, having Edmeades on board meant she could be excited about her aspect of the book as well as her own.

It also marks the end of a difficult time for Christchurch-born Leek, who was diagnosed with breast cancer during the project.

‘‘It was a really big shock to me. Just in general the last couple of years there have been quite a few setbacks like that.’’

She cancelled a lot of other projects except this one.

‘‘It was nice having a project like this where the pressure wasn’t all on me where I could work slowly on it and do when I felt like it.

‘‘It was quite helpful to have something to distract me.’’

Leek, who was nominated for the Walters Prize in 2010, is now through treatment and looking forward to the release of the book and the opening of a new show in Wellington which will also feature some of the monoprints from the book.

‘‘Because I’ve had so much downtime due to illness, I’ve been working slowly.’’

Looking back to the start of the project, Leek says she liked the idea of the series.

‘‘There are a lot of similarities between the way different creatives work and think through things.’’

However, this project was different from the usual artist and writer partnerships in which the painter illustrates the writer’s work.

‘‘This is a different approach, then you are tied down to having to represent something already decided.’’

When they met they passed their work back and forth.

‘‘Sometimes I was influenced by her and sometimes she by me, I think.’’

She chose Edmeades to work with as she was familiar with and liked her work and thought the practicalities of the project would be easier if both worked in Dunedin.

‘‘I knew Lynley had just had a baby and I thought about when I had my first child having this kind of project was very helpful to me - having something quite solid to work on that you could chip away at.’’

They found the relationship easy and it was quite ‘‘time spacious’’.

‘‘We worked on it over a long period of time. It was quite casual and we did things when we felt like it.’’

‘‘The book has a feeling of inward focus and domestic. Maybe that’s been influenced by illness and babies and Covid - all those things are in the mix.’’

Early on in the project, Leek decided she needed a different approach to her normal process of working which required a lot of time for each individual piece.

‘‘I was thinking how I could do the works more quickly. Lynley took that on as well and we were both not thinking too much.’’

So she decided to do the works for the books as monoprints finding making works quickly, for her, brought a ‘‘freshness and lightness’’ to them.

‘‘They are one take. That’s what I hope people take from them anyway.’’

The print process also threw up chance elements and unexpected things along the way.

‘‘It’s definitely a different way of working. In the end it’s been quite helpful to me. It’s loosened things up a bit.’’

Leek has started incorporating some of the things she has learnt from that process into her other work.