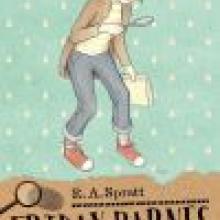 It's the funniest book I have read in a long time.

She had her children spaced at 18-month intervals exactly, and when the oldest went to school she went back to her work as a theoretical physicist with her husband.

But then, nine years later, she unexpectedly became pregnant with Friday.

Being utterly consumed by their work, her super-bright parents more or less let Friday bring herself up.

This suited Friday very well because, having inherited the family intelligence, she was quite capable of educating herself, which she had mostly done before she got to school, where she spent her time remaining in the background reading detective novels.

The author makes some extremely perceptive points in the most hilarious fashion.

It's a must read.

•  René Nol is a Dunedin reader.