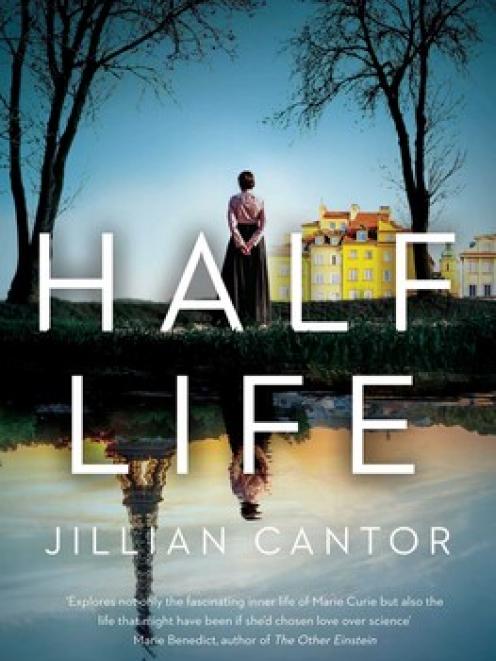 When Marya Sklodowski’s fiance Kazimierz ‘‘Kaz’’ Zorawski called off their engagement rather than face being disowned for marrying a lowly governess, the broken-hearted young woman abandoned Russian-occupied Poland for France where, as Marie Curie, she went on to blaze a trail for generations of female scientists to follow.

It was a life marked by triumph and tragedy and we will never know whether she regretted losing Kaz (who, in his later years, could often be found outside the Radium Institute in Warsaw contemplating her statue), but it is interesting to speculate on what might have been.

Would life with the man she loved be enough to compensate for remaining in a country where it was illegal for women to pursue higher education, for sacrificing her own intellectual ambitions so her husband could pursue his own?

These are the questions Jillian Cantor attempts to answer in her cleverly-named ninth novel Half Life.

The plot is initiated with a fictional scene in which Kaz appears at the Warsaw train station pleading for forgiveness. In one timeline she boards the train and travels to Paris, becoming the Marie Curie of our history books. In the other she remains with him and, as Marya Zorawski, dedicates herself to her role as wife and mother while her husband establishes his academic career.

In a series of alternating chapters we follow both women from the point of their divergence to the moment of death, two separate lives that remain in small but significant ways irrevocably linked.

Where Marie and Pierre’s purification of radium wins them the Nobel Prize, in Marya’s timeline Pierre works in ineffectual isolation and the award goes to Marya’s sister Hela and her husband, Pierre’s brother Jacques, for their work on elemental magnetism.

A baby miscarried in one life is born in the other, another daughter is both healthy and too premature to survive. Kaz’s real-world wife Leokadia is Marya’s best friend until a massive breach of trust shatters their relationship, and Marya herself resists the temptation to engage in affair with Pierre.

Of course this sort of bifurcated plot is not a new one - I suspect the title came first and a suitable story to hang on it found later - but the plotting is cleverly done and the compromises and challenges faced by its female characters are all too familiar today.

I was not entirely convinced that Marya would really look back on her life without regret, but Cantor does a creditable job of imagining ways in which a woman of such fierce intellect might have to partially satisfy these appetites.

It is her recreation of Marie’s story that I found most interesting, however. I know shamefully little about Curie’s personal or professional life and I finished the novel determined to find the biographies listed in the author’s notes.

Such inspiration in and of itself makes Half Life well worth the read.