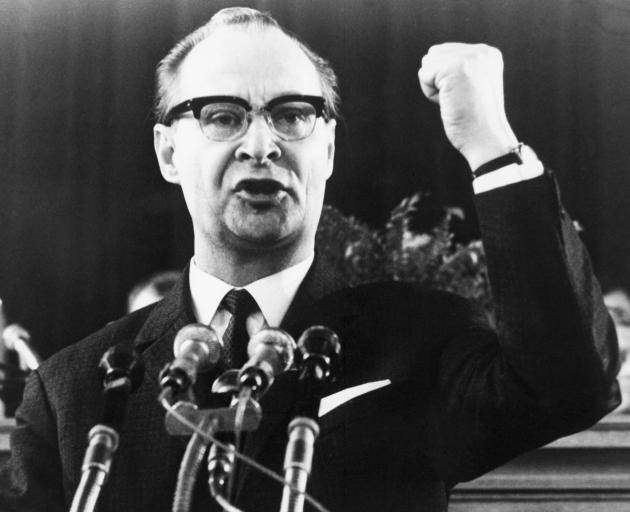 It is 50 years this month since the tanks and troops of Warsaw Pact allies, at the behest of their Soviet masters, crossed into Czechoslovakia to crush the liberalising regime of Alexander Dubcek, known as the Prague Spring. 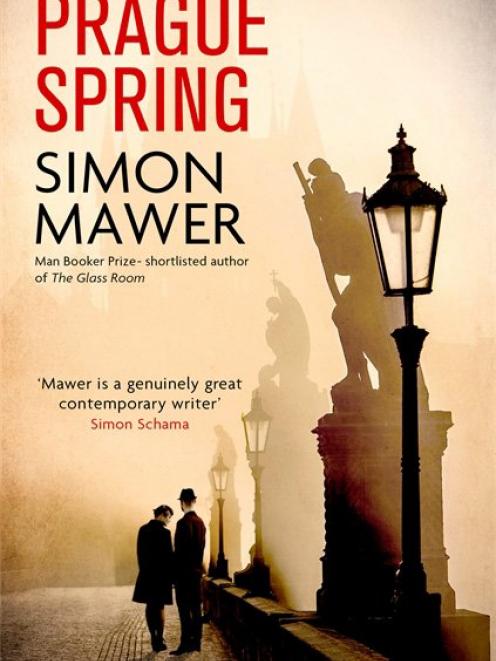 Simon Mawer is best known for The Glass Room, a novel set in Czechoslovakia and shortlisted for the Man Booker Prize in 2009. His latest novel, after a somewhat over-extended introduction, is also set in Czechoslovakia, in the final month of the "Spring" - August 1968.

It begins in Oxford University, tracing the relationship of two undergraduates, James, a science major from Sheffield, and Ellie, studying English, from the home counties. They come together by chance, playing the leads in a student production of Fernando Arrabal's Samuel Beckett-like play Fando and Lis. In every way - class, gender, interests, personality - they are opposites, but choose to spend the summer vacation of 1968 travelling together in Europe, with half an intention to head south but driven east by chance (tossed coins, happenstance playing its tricks in this, as in so many works of fiction and real life) and Ellie's radical politics.

Meanwhile, a young British diplomat serving in Prague, Samuel Wareham, has incautiously, from the point of view of his Foreign Office betters, become romantically involved with a Czech radical, Lenka, the daughter of a former well-known Jewish dissident. Sam and Lenka visit Munich, and on their return to Prague pick up the two hitchhikers, James and Ellie, all four of whom become embroiled in events leading up to and beyond the Soviet-led intervention. This second, and longer, part of the novel, gathers tragic momentum as the lives of the romantic quartet are suddenly shaken by the nightmare of political reality. With their British passports James and Ellie are able to hitchhike away from that reality to continue their interrupted idyll, leaving their new friends to cope with their grim future as Dubcek's reforms are brutally brushed aside.

Mawer has done his historical homework. The feeling of Cold War Eastern Europe rings true. Sam Wareham comprehends the diplomatic complexities of Western "coexistence" policies, yet acts as courageously as possible in the circumstances, even managing to assist in the defection of two Russian musicians. The writing becomes tight and focused as the streets of Prague are precipitately invaded and the heady talk of freedom is suddenly silenced.

Prague Spring is a tribute to those times that now exist only in distant memories. In turn they have been succeeded by subsequent waves of euphoria and disillusionment of political events in Eastern Europe. Some of Mawer's authorial interventions read like political footnotes to guide those who did not experience those times and seem an unnecessary intrusion as the fictional characters so well embody the idealism of the young Czechs and political naivety of the British visitors, just as the Oxford student world at the start of the novel is contrasted starkly with life behind the Iron Curtain at its close. Simon Mawer's story is a reminder that indeed we all too often take our fragile freedoms for granted.

The Weekend Mix has five copies of Prague Spring, by Simon Mawer, courtesy of Hachette, to give away. For your chance to win a copy, email playtime@odt.co.nz with your name and postal address in the body of the email and "Prague Spring" in the subject line by Tuesday, August 21.

Winners of Room to Dream, by David Lynch and Kristine McKenna, courtesy of Text Publishing were: Helen Oldham, of Taieri Mouth, Lesley Stewart, of Wanaka, and Matt Rutherford, of Invercargill.

Peter Stupples, now living in Wellington, used to teach at the University of Otago.