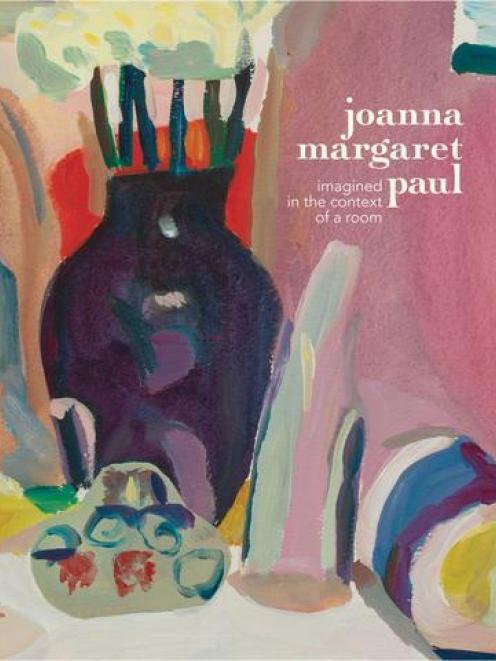 This splendid exhibition covers the full range of the creative interests of Joanna Margaret Paul (1945-2003) - paintings in a variety of media, drawings, artists books, moving film and still photography, as well as examples of her poetry.

These often interrelated spheres of her creative practice are explored in the catalogue essays: in ‘‘From Hearth to Horizon’’ Lauren Gutsell explores Paul’s aesthetic trajectory; Greg Donson covers her Whanganui years in ‘‘The Garden Suburb and Beyond’’; Lucy Hammonds identifies the focus of Paul’s creative attention in ‘‘The All-Purpose Room’’. Paul’s religious and spiritual perceptions are discussed in Joanna Osborne’s ‘‘Spirit and Thing Together, The Necessity of Art’’; her poetry and artist’s books are covered by Emma Budgen’s ‘‘Tempered Pleasure: Joanna Margaret Paul as Wordsmith’’ and Andrea Bell looks at her photography and films in ‘‘I’m Looking for Something that’s Almost Nothing/Through a Lens of Filtered Light’’. Paul’s son, Pascal Harris, offers personal insights into his mothers work.

Each of these illustrated essays is followed by reproductions of related works by Paul, and other artists referred to in the text. One or two disappoint, failing to render the pencil texts on the paper sufficiently to honour the artist’s intentions. But the reproductions generally are of a high standard, where both delicacy and richness are held in that dynamic tension always present in Paul’s work.

That work is central to the understated movement of women artists in Aotearoa from the 1970s to 1990s, directing attention to the domestic sphere in which they deliberately chose to work. As Hammonds puts it: ‘‘Yet rather than standing alone in an empty landscape, these [women] artists broker a relationship between inside and out; between personal and collective experience; between intimacy and distance.’’

Paul was also clear in her own mind, that it was possible, even if made necessary by domestic circumstances, to be an artist-mother, to demonstrate, for example, the complexity of figure and ground in dishes drying in a rack in. At the same time, a Paul watercolour, such as Okains Bay (1973), has all the Baroque flourish, the intensity of colouration and design, the rich textures of something altogether monumental, an affirmative poetic vision that lifts the mundane into the realms of visual pleasure and surprise.

Here is work that celebrates, that calls attention to the unique in the ordinary, the poetry in what lies about us in the everyday, if only we stop, look and attend. We can learn a lot by paying such attention to the work of Joanna Margaret Paul.