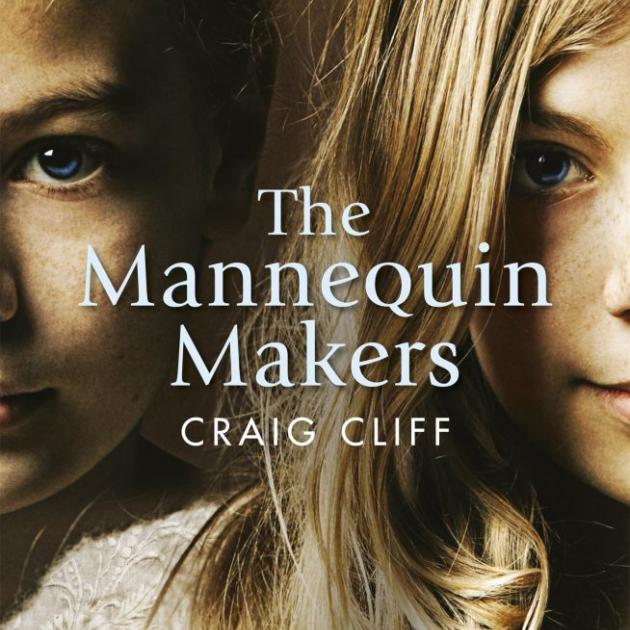 THE MANNEQUIN MAKERS<b><br>Craig Cliff</b><br><i>Vintage
The Mannequin Makers is the second book by a youngish (31) New Zealand author whose first, a short story collection, won a prestigious literary prize.

It explores an aspect of New Zealand life that seems to be endemic: the tall poppy syndrome, whereby a man's skill is resented by another to such an extent he is willing to sacrifice everything, even his own children, to best his rival.

What's more, it has a strong local (Otago) flavour. The action initially takes place in 1902 in ''Marumaru'', a small town ''between Dunedin and Christchurch''.

Excitement is in the air as the townsfolk await the arrival of Eugen Sandow, the world-famous strongman and body-builder, then at the height of his powers and popularity.

This visit will prove a catalyst for Colton Kemp, a young mannequin-maker whose models lack the X-factor compared to those of an older mannequin-maker in town known as ''The Carpenter''.

To make life even more disagreeable, Colton's wife, Louise, has just given birth to twins (a boy and girl), dying in childbirth, while her husband is in the audience admiring Sandow's muscles.

Inspired by Sandow's poses, Colton concocts a plan to make lifelike mannequins that will leave those of his rival for dead.

How will he do this? By closeting his twins, Eugen and Avis, in an out-of-town compound and putting them through a training programme that will turn them into models that look life-like and are.

Fortunately, his dead wife has a younger sister who agrees to ''mother'' the children, and 16 years later, over New Year in 1919, the twins make their debut in a Marumaru department store window. Naturally (or unnaturally) the twins' ability to hold a pose for six or so hours without moving a muscle or batting an eyelid, let alone going to the toilet, fools the townsfolk into thinking they're dummies. But not The Carpenter.

Readers who like their novels to have a beginning, a middle and an end, in that order, might find themselves muttering (under their breath) ''Where are we?''

Others will recognise that with The Mannequin Makers they're being treated to a tale that has characters and a plotline even Dickens would have been proud of.

True, the narrative voice changes, and when it's The Carpenter's turn to tell his side of the story - it starts in 1859 in Glasgow, where his trade is as a carpenter making the female figures that adorn ship's prows - it seems to take too long and take the story into ''just another shipwreck'' waters.

A bit of editing there wouldn't have gone amiss. Whereas when Avis and Eugen tell their stories, it seems about right, with Eugen's share of the story told when he's an iconic character celebrated as the shortest surf lifesaver in Sydney, wrapping up a dramatic climax.

Yes! Off-the-wall but sympathetic and believable characters, a lively narrative seen from changing perspectives. Recognisable (for local readers) locations and a nicely spaced text in a good-size typeface to cater for oldies.

All the ingredients are there for The Mannequin Makers to add to Cliff's reputation as a talent to watch. Let's hope it sells a few copies and stirs the interest of TV drama and film-makers.

Ian Williams is a Dunedin writer and composer.