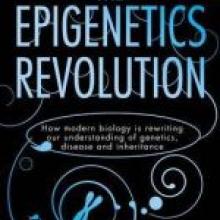 DNA is the set of biochemical instructions for putting it all together in the right order.

The project to read the complete human genome (set of genes) of 3 billion DNA codes reached practical completion less than a decade ago.

Scientists knew this milestone was merely the beginning. The human genome is instantly distinguishable from any other species, but paradoxically we're all different, to the delight of forensic scientists. It's relatively trivial to prove that only one person in perhaps 700 billion (to quote a notorious New Zealand case) would match DNA from a crime scene, and if yours is the same, there's some explaining to do.

The next steps to understanding DNA and life now lie in the field of epigenetics (epi, upon; building upon genetics). A single fertilised egg cell divides into 2, 4, 8, 16 ... cells to achieve ultimately an adult human having cells in the thousands of billions. But the cells are not all the same. At an early stage, switches are thrown that commit cells to lines of specialisation, to start the construction of liver, skin, teeth, eyes, brain, nerves, everything we have.

People are born with cellular processes that are not working properly or fail during life.

Sometimes we provoke failure with a diet far too rich in sugar and fat, then wonder why the pancreas, blood vessels and heart pack up. Kidneys stop working, overworked joints become arthritic. Chainsaws win, toes lose.

Since organs and limbs grew in the first place, can the body be persuaded to regrow them?

Decades of painstaking work was necessary to prove, eventually, that highly specialised cells usually retain the complete genome and potentially the instructions to rebuild the entire organism, its limbs and organs. Stem cells, the parents of specialised cells, are even better.

The experiments that could reveal so much about human development obviously can never be done, but sadly, if fortuitously, nature sometimes does them. By tracing developmental or metabolic disorders in individuals back to precise differences in their DNA, the higher code of life is being unravelled. The knowledge of how a disorder is attributable to a snippet of DNA opens up the tantalising prospect of fixing the error. Clever tricks are being developed to infect the body with carefully tailored DNA to turn problem genes on or off, as the case may be.

Nessa Carey has a gift for the expression of complicated scientific concepts in clear and simple terms and brings to life the personalities responsible for key advances. She reveres the philosophies of science, in particular the principle of hypothesis and test, the crucial importance of a well-chosen experimental system, and the power of incisive thought. This something-for-everyone book cohesively spans the range between professional and popular readership.