More than 150 years of choral ambitions in Dunedin covered

Jenny Burchell sets the choral scene in 19th-century Britain and describes the expectations of a culture that the European settlers to Dunedin brought with them. A balanced group for the four traditional parts in a full-scale choir and an instrumental group of reasonable size to accompany the repertoire of oratorios and masses that were the accepted basis for public performances. 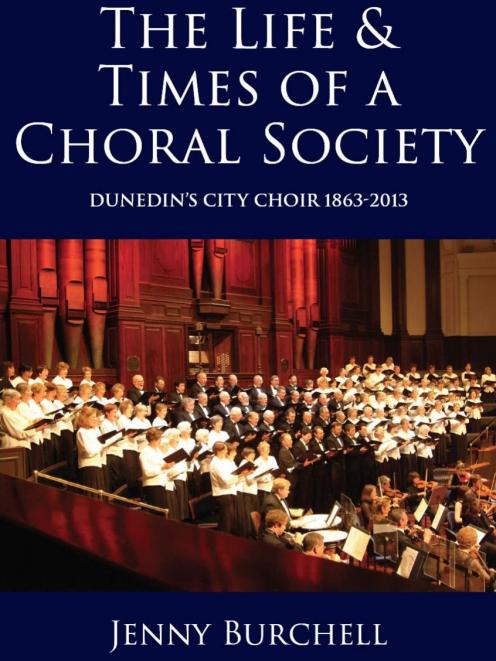 Early settlement shows two possible choral groups advertising in rival newspapers. While a Free Church settlement had not given prominence to the need for such activities, the Anglican and Catholic Churches had organists and choirs that might provide the foundation for a secular group. A conflict is whether or not the group was for encouraging the participation and improvement of the singers, or for the presentation of serious works by already competent musicians.

The Philharmonic Society became the fledgling choral group and maintained this position for four years, 1863-1867. Newspaper reviews comment regularly on the imbalance in the group, with tenors and basses being too loud and such a small number of altos, also the perceived lack of satisfactory instrumental accompaniment. Conductors and accompanists changed frequently, reflecting the transient nature of settlement.

Burchell identifies issues that this group and its successors would grapple with over and over again including competent leadership and the fickle nature of public support.

The Philharmonic Society placed a newspaper advertisement requesting ``ladies and gentlemen willing to take part in the forthcoming concert'' on November 6, 1867, then faded into obscurity.

For the next few years, concerts were given by a private musical society, and the Improvement Societies offered musical entertainment, while the churches advertised choral masses at feast-day services. Fleury's Theatre Band became the instrumental accompaniment and eventually George West, an able musician who owned a music shop, and Arthur Towsey, the St Paul's musician, combined to initiate the formation of the Dunedin Choral Society which would provide a variety of concerts and performances at civic events.

The timeline in this book gives a most useful overview of choral activities in Dunedin and the issues Burchell identifies in the early years have remained. A period during World War 1 sees the society officially wound up, to be reinstated later. A critical relationship with University of Otago Choirs injects expertise and energy in the 1960s.

Despite fluctuations in capability and financial sustainability, the Dunedin Choral Society is the second-longest surviving choral society in New Zealand. A celebration of 150 years in 2013 found the choir performing Handel's Messiah, the work that had been first performed in 1863. It would seem on reflection that as long as Dunedin has churches with competent musicians and the university a music department, there is a sustainable future.

The society is to be congratulated for allowing the time for thorough research and crafting of the text, with the development of helpful informative reference lists. A range of relevant images provides support for and relief from information-rich text. In a city where there will be generations in families who have been either performers or supporters of choral activity, this volume has a place on many bookshelves.

Willie Campbell is a Dunedin educator.