The only form of literary decency left, she said 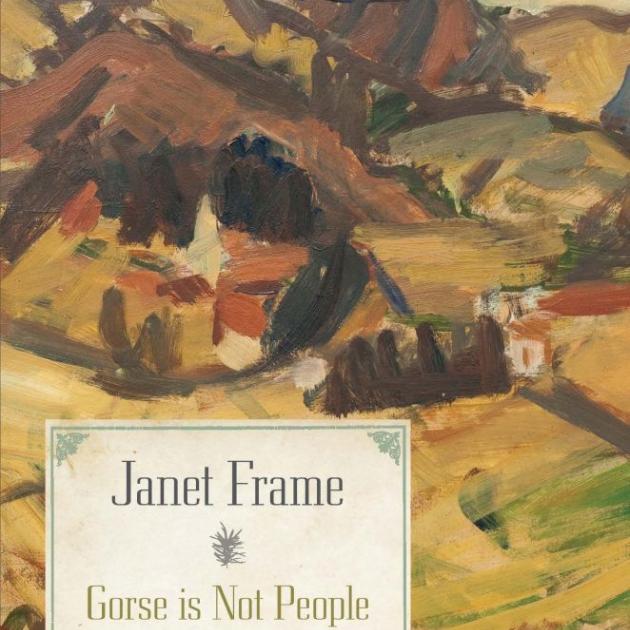 GORSE IS NOT PEOPLE<br>New and Uncollected Stories<br><b>Janet Frame</b><br><i>Penguin Books</i>
Janet Frame died in 2004, and had not published a book since The Carpathians in 1988. Her career ended with what was, so far as books are concerned, 16 years of silence.

But since her death, that silence has been broken: this collection of "new and uncollected stories" is the sixth book in the last seven years bearing her name and containing at least some previously uncollected or unpublished work. The appearance of this new book raises several questions: why this book now?

And, what does it contain?

It has sometimes been said that posthumous publication may not serve the writer's reputation, that what the writer did not choose to publish in her or his lifetime should not be pulled out of the archives and put before the general reading public, for it can devalue the currency of the total work by putting forth rejects, mistakes, first drafts, abandoned experiments and learning exercises as if they were on the same footing as completed works chosen for public exhibition. Such works should be published, if at all, only in scholarly limited editions aimed not at the general reading public but at literary specialists who desire to explore the writer's processes of creation. 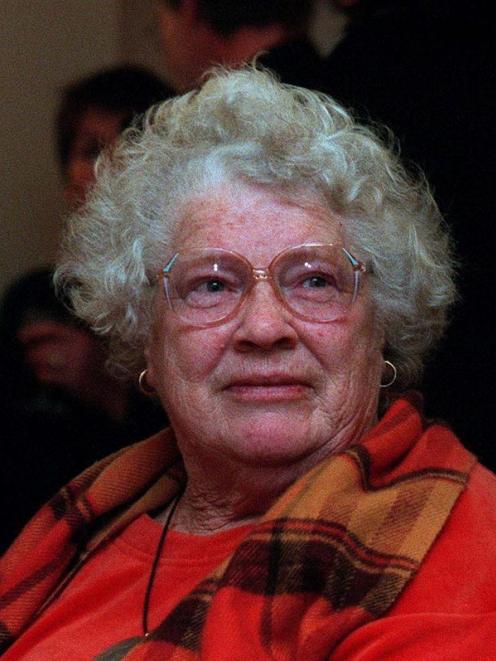 Janet Frame
Some writers would agree with this attitude and some have left specific instructions that some such policy be carried out with their unpublished and/or uncollected writings. But this volume has on its back cover a quotation from the writer presenting quite a different attitude: "... I think posthumous publication is the only form of literary decency left".

The book is clearly aimed at the general reading public as well as literary specialists, and the editors, Pamela Gordon and Denis Harold, in their preface call for it to be seen alongside the work published in the author's lifetime: "Gorse is Not People includes some of the best stories Janet Frame ever wrote".

The stories are all finished work, and the many drafts, abandoned experiments etc contained in the Janet Frame papers have been left for possible specialist publication.

In that preface, the editors spell out some of the reasons why these stories were not published or collected in the writer's lifetime: some were rejected by editors or advisers and put aside but not discarded; some were written at times when "Frame was so prolific that she found she had a backlog of manuscripts", and she laid them aside for a possible future collection which never eventuated; some she withheld because they were based too closely on living people; further, Frame, "once she had moved on from earlier work ... was reluctant to revisit it", stories got put aside and left; in her last years, when she had achieved financial security primarily because of the commercial success of her autobiography, Frame was "less willing to subject herself to the rigours of publication and the inevitable public attention for good or otherwise". Thus at her death there was a lot of finished writing that was left unpublished or had appeared in periodicals but never been collected.

This volume joins its five predecessors in making this finished work available for general readers.

First was The Goose Bath: Poems in 2006, collecting some of the best poems left in manuscript as well as poems that had previously been published only in periodicals; in 2007 came Towards Another Summer, an autobiographical novella written in 1963 and then laid aside because it was so close to living people (including herself); in 2008 came Prizes which contained 23 stories Frame herself had selected for the 1983 collection You Are Now Entering the Human Heart but which also included five previously uncollected stories that had appeared in periodicals; in 2010 in an expensive limited edition published by the Holloway Press came Dear Charles Dear Janet: Frame and Brasch in Correspondence, a selection of letters; published last year was Janet Frame: In Her Own Words, a collection of essays, talks and other non-fictional writing.

Gorse is Not People should be seen in the context of these earlier posthumous volumes, as a further attempt to make available to the general reader some of the best of her unpublished or previously uncollected writings. It differs from Prizes in not including any previously collected stories, not being a "a best of" selection but rather a "best of the unpublished or uncollected" selection.

It includes seven stories which appeared in periodicals in Frame's lifetime (Listener, School Journal, Harper's Bazaar), five which have appeared posthumously in overseas periodicals (New Yorker, Public Space 7, Granta), and 16 which have never before been published.

Chronologically, they range from Frame's first published adult story, "University Entrance", which appeared in the Listener in 1946 and her next-to-last published story, "The Painter", which appeared in the Listener in 1975. Most date from the mid-1950s and from 1965-66, a prolific period when she was Burns Fellow at the University of Otago, and then "guest of the university". Only three of the stories are in Frame's "fables and fantasies" mode. All of the others are in her dominant "stories and sketches" mode, usually showing from within, through their subjective impressions, the lives of children or social outsiders in a recognisable, basically realistic modern setting.

About a quarter of the stories deal with childhood, with the tonal range nicely shown in the contrast between two of the most effective: "In Alco Hall", first published in Harper's Bazaar in 1966; and, the longest story in the volume, "The Big Money", never before published, but dated by the editors from 1957. The first is delightfully humorous as the adult narrator tells of her childhood understanding of her 13-year-old sister's response to being forbidden by their father to go to a dance, coloured by the child's tendency to take fairy stories literally and by her imaginative misunderstandings of adult concepts and idioms. When her sister is locked in her room the night of the dance and resentfully sings a "forbidden" song about asking to have your bones pickled in alcohol when you die, the child understands "alcohol" as "Alco Hall", "a vast place in the sky with a soaring roof like a railway station".

"The Big Money" likewise turns on a child's misunderstanding of adult concepts and idioms, including those of his rebellious adolescentstep-brother, but with tragic results for a disintegrating family.

Another large group of stories such as "An Electric Blanket" and "The Atomiser" deal with ageing characters and are worthy additions to Frame's gallery of older characters presented with sympathetic understanding. A smaller group, typified by the title story, deal movingly with mental hospital patients, and there are also some fine monologue stories with range of narrators from the complacent, unseeing male narrator of "Caring for the Flame" to the fascinating projection of the author in the final story, "I Do Not Love the Crickets". Uniting them all are Frame's unique personal vision with its combination of humour, sharp irony, compassion, and a sad acceptance that "They always die" (the ending of "The Gravy Boat"), and the wonderfully imaginative language with which she presents that vision.

The 28 stories in the volume bring the total of Frame's different stories in her various collections to over a hundred and they include work of a quality which adds significantly to her oeuvre and further establishes her place along with Katherine Mansfield and Frank Sargeson with New Zealand's greatest writers of short fiction. Emma Neale's conclusion to her eloquent speech at the launch of the book speaks for me too (the entire speech is available online): "Thank you to Pamela Gordon and Denis Harold for the work they do for our shared literary inheritance - the gifts they keep unearthing and archiving for us. And thanks above all to Janet Frame, for persisting, throughout all the ordinary artistic challenges, and the extraordinary circumstances of her life and times, to dive down so far under the skin of the ordinary, and bring us back this searing and yet consoling bounty."

• Lawrence Jones is an emeritus professor of English.