Plenty of evidence of O'Sullivan's lesson 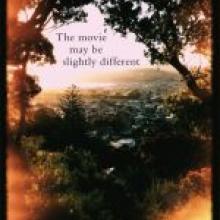 THE MOVIE MAY BE SLIGHTLY DIFFERENT <br> <b>Vincent O'Sullivan</b> <br> <i>Victoria University Press</i>
The Movie May Be Slightly Different is a brilliant title for a book and Vincent O'Sullivan has written plenty of them. He is a fiction writer, dramatist, critic and editor, as well as a poet who has published a dozen collections. This new book has over a hundred new poems, sets out across the expanse of thought and feeling, and offers a broad palette of textures and experiences.

The Garden of Eden is visited in "Over and Out". Magic is glimpsed in "Voilà" and death is near in "As the fantail twigged." O'Sullivan writes riveting, powerful poems. They sound almost like decent prose, are full of riddles, jokes and comments. He uses colloquial speech and it is easy to feel the sophisticated, sparse and soul-baring oomph. A new collection of poems from O'Sullivan stirs the emotions.

"Between ourselves, mind":Thrash the boy for the stories he tellsto get attention. Thrash out as deservedthe monster in the dark woods, the knighton his charger, the aliens, eyes curvedlike the sides of walking fish-bowls.

The story surviving a thrashing's cries one begins to believe. Lesson one forcreative writers: Lie. Thrash.

No one likes their poetry overproduced, fussy, bland or cheesy. O'Sullivan never drops a certain level of mastery and taste. The Movie May Be Slightly Different finds him hitting his stride, sinking his teeth in deeply. This new collection is passionate and first-rate. I am looking forward to the movie. 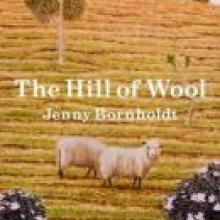 THE HILL OF WOOL <br> <b>Jenny Bornholdt</b> <br> <i>Victoria University Press</i>
• The Hill of Wool is Jenny Bornholdt's 10th book of poems. Her last collection, The Rocky Shore (VUP, 2008) won the New Zealand Book Award for poetry in 2009. But there is a shift in the way Bornholdt does things this time around. Her last book contained six long poems, almost autobiographical essays.

The Hill of Wool contains 38 short poems. She speaks in conversational tones on love, family and memories. I like how this particular collection has the feel of Bornholdt's fourth collection How We Met (VUP, 1995). "Autumn" is a time for remembering and change. "Full Moon" carries on this thought. It concludes: . . .The wind blew great drifts of sadnessall about - many leaves having gatheredfor this effect.

Each leaf, when loosedfrom its tree, makes a soundlike the finest grade of sandpaperengaged in work.

Bornholdt rediscovers children's songs and stories in this latest collection. The Hill of Wool is consistent, measured, slick and slow, elegant and gorgeous: a pretty wonderful thing. 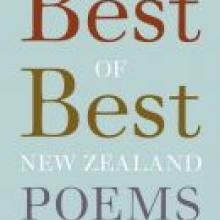 THE BEST OF BEST<br>NEW ZEALAND POEMS <br> <b> Ed. Bill Manhire and Damien Wilkins </b> <br> <i> Victoria University Press</i>
• The Best of Best New Zealand Poems, edited by Bill Manhire and Damien Wilkins, contains work by both O'Sullivan and Bornholdt. In fact, Bornholdt has made seven BNZP appearances in 10 years. In 2000, Manhire launched the online anthology, which has different editors choosing 25 poems each year.

The Best of Best New Zealand Poems has 65 voices, which are inviting and enjoyable. The poems are presented in alphabetical order by author and are a great introduction to the latest New Zealand work.

Wilkins pens an engaging introduction and the notes at the end of this collection are excellent in terms of biography and the inspiration behind each poem.

"The Sunflower", Andrew Johnston's tribute to his father, begins:
One young bloom in a vase or jar, breath-
takingly yellow. And herhands, in the morning light, the waythey arrange and rearrange.

Deathbrings lilies, but someone has sent a sunflower:this is our penance, staring at the sun,its blind eye, its ragged halo.

The day,in the end, took to its bedbefore the day was over, taking theewith it.

A book is always nicer than a computer link. "Books may be fading, failing homes in whose silent rooms the mites are, even as we write, eating our words" [from the Introduction]. But this one is still cool, it has a real feeling of "I mean business".

You name it, they are all here: Brian Turner, Elizabeth Smither, Emma Neale, Paula Green, and 30% of the poets included are from Manhire's original composition class. With pedigree like this, it's hard to go wrong. The Best of Best New Zealand Poems is worth checking out. 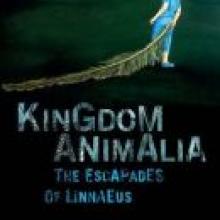 The reader follows the Swedish naturalist Carolus Linnaeus (1707-1778), whose mission in life was to catalogue everything on the planet: animals, plants, minerals and even mythological creatures. Freegard offers poems on a stuffed kuri, busy ants, murderous magpies, the leech, the worm and cake-shop cockroaches. There is plenty of subversive humour and a little self-indulgence but never a dull moment. "Huia":
in the rose-shot morningwe are stuck by their roaring silence
pluck the feathers
from the sacred tail
there's a lack in the forest dapple
leaves move differently
fire at the hallowed breasts
bring them down
throughout the peach-stained sunset
we listen to their terrible wait
aue aue
the sweep of a curved bill
You can hear the conflict, confusion and doubt in these poems. Freegard wants to be better. She knows this takes time. Kingdom Animalia: The Escapades of Linnaeus will get under your skin something fierce. It's neat to have something brand-new and shiny.