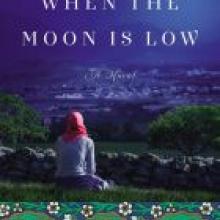 WHEN THE MOON IS LOW<br><b>Nadia Hashimi</b><br><i>William Morrow/HarperCollins</i>
As thousands flee the ravages of civil war in the hope of asylum, their common story is told by the Waziri family in Nadia Hashimi's second novel.

When The Moon Is Low is based on the journey of a torn-apart family from Taliban territory in Kabul, Afghanistan, to the safe clutches of relatives in London.

It beautifully details the graceful aspects of Afghan culture as well as the ugly and unfair.

Fereiba's birth coincides with her mother's death and she feels like a thorn in the side of her father's new family.

First love, betrayal and an arranged marriage shape her path into womanhood, although she manages to rise above and settle happily with a caring husband and their three children.

But as Kabul shuts down under Taliban rule, Fereiba's husband is murdered and she's left to make the escape they'd planned as a family, albeit too late.

She risks everything in the hope of turning her back on the nothingness her home has become and takes Saleem, Samira and Aziz into Iran, Turkey and Greece.

The journey is harrowing but not as devastating as Fereiba's separation from her eldest, Saleem, when he's imprisoned by Greek authorities and shipped back to Turkey.

This novel gives weight to both perspectives; of a mother's desperation and enduring love as well as a young man's premature struggle to lead a fatherless family through the impossible.

What they survive is unthinkable, yet it's a reality for so many around the globe.

With this topical novel, readers may come to better understand the plight of war refugees.

Hashimi offers a cultural insight as she tells of familial love and loyalty, within a terrifying political regime.