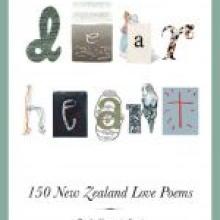 She has trawled through lots of poetry to produce this one.

It has been difficult to write happy love poems here in New Zealand. Happy ones have all those cliches like roses are red, the moon in June, dove of love. In short, happy love poems can appear corny.

Parental love poems can be simply sentimental and embarrassing.

Dear Heart is seriously a lovely book. It includes most of New Zealand's major poets. (Vincent O'Sullivan is missing.) This is one book that will move a reader. It celebrates love.

Many of the poems have recently been published, but there are still plenty of old favourites such as Eileen Duggan's "The Tides Run Up the Wairau":

The tides run up the Wairau
That fights against their flow.
My heart and it together
Are running salt and snow.
For though I cannot love you,
Yet, heavy, deep, and far,
Your tide of love comes swinging,
Too swift for me to bar.
Some thought of you must linger,
A salt of pain in me,
For oh what running river
Can stand against the sea?

A group of artists has produced a few neat illustrations. Godwit Press has released a beautiful book.

All the poems say something significant and important. Love never comes on time. It is wonderful this book has arrived out of the blue.

Dear Heart would make a tremendous gift for someone you care about. 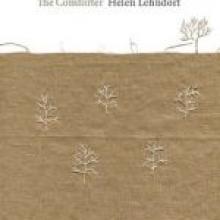 Me and you with our babies:
We walk around the streets
visit your childhood and steal fruit,
hide the spoils in the prams.
Lemons from the schoolyard and
crab-apples from your old house.
They aren't even sour.
We drive up to the windmills;
they chop through the air,
make a sound like a
heartbeat in utero. There are
the Manawatu plains, as flat
as you say you feel afterwards.
I give you a pretty black dress
to wear to parties and a bunch
of coriander wrapped in a
supermarket bag. One last
cup of tea. You drink it standing up.
We wave you south. No looking
back.

She serves up poems that are bitingly funny and warmly sympathetic. Away from soft love poems, Lehndorf pens poems with a raw edge. She knows how to be vivid and disturbing - even if the poems are a little uneven. "Poem without the L word" follows "When I blew out the candle" - a poem about family.

Lehndorf does not clutter up her verse. There are so many elegant, fragile pieces among these 38 poems. Words from her opening poem "Wabi Sabi" appear on the back of this book.

If you like your poetry authentic and full of provincial New Zealand references, this will be the one for you. A fascinating new voice explores joys, pains, beauty and ugliness of life. The Comforter is worth a look. 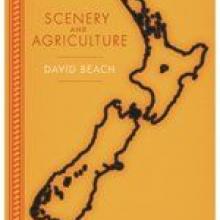 This is the follow-up to his excellent Abandoned Novel (2006) and The End of Atlantic City (2008). Beach was born in England and spent a few years in Australia. He has been widely published. His poems, often in sonnet form, take ideas, information and units of language from many sources. Beach transforms them into lines that are both deliberately prosaic and mysteriously musical. "Agriculture 41":

Rhinoceroses can't be allowed to
become extinct, but the
depredations
of poachers make their existence in
the
wild - or even the semi-wild of
national
parks - precarious.
It's possible
they'll end
up only in zoos, or closely guarded
reserves; in effect farmed - an elite
livestock, from which nothing is
required;
bred to be bred: the colossal brutes,
strange
as they're huge, rumbling about
their pocket
savannahs; unicorns which really
are able to fight it out with lions; no less
awesome for being vulnerable to
high-powered
rifles, and that they charge the odd
hay bale.

Like Lehndorf, Beach can be abrasive and confrontational, but he can also be curious and comedic.

His poems have a real sense of purpose. These latest 58 high-energy sonnets are very solid.

His poems exude a certain charm.

Best of all, Beach is incapable of making a boring book of poems. He is one of the success stories of New Zealand literature. Beach's poems are direct, straightforward, but always offering a new way of looking at things.

On the back of the book it is mentioned how "no hotel lobby or shearers' hut should be without David Beach's third sonnet collection". It would be delightful to see this book in homes and schools too. 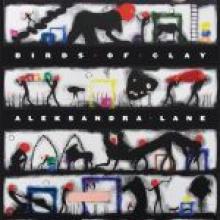 Lane moved to New Zealand in 1996 and completed an MA in creative writing at Victoria University in 2010. This debut collection has many prose poems, including a few about eggs. More of them concentrate on religion, war, family, gypsies and politics.

The monk used to be a handsome
boy of thirteen hurting the bark
of a lovesick linden tree. Promise
of autumn to the girl who sat
close
to him by the fire, roasting sweet
corn in the heat of that dried
out
and thirsty summer. The other
kids were there too, but when
he
was alone with her once, maybe
last time ever before the end of
the
holiday, he wanted to say
something or so it seemed to the tree.

These poems shoot from the hip and do not care who gets hurt.

Lane is smart and stylish. She enjoys being woozy, wild and striking. In her writing Lane has plenty of grit under her fingernails. This is intense stuff.

Initial reads may find poems blurring into each other, but persistence gives life to each effort.

I like how Lane is a soul contemplating deliverance. Birds of Clay is sharp and exciting.