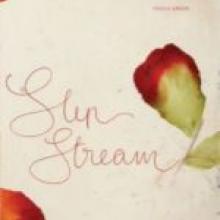 In her new slim collection of poems Slip Stream , Green continues to cast spells as a Word Witch.

In previous collections of poems like Cookhouse (AUP, 1997) and Crosswind (AUP, 2004) Green hid her pains and delights. This new collection finds her opening up, as she is ill.

The poems are full of life.

She moves backwards and forwards from imaginary to real places:

She is green on the white operating table
and she urinates blue.
Did she mention the dinner?
The woman who delivers it lifts the lid
and says this looks nice.
Two breasts covered in watery glaze,
one limp potato mound with
one stringy pumpkin mound
one fish fillet weathered like the dunes
and one ladle of bleached sauce.
There is also one bowl of sugary custard
beneath five syrupy peaches.

These poems are cute without bordering on kitsch.

Sometimes the message is delivered with a little too much emotion, but generally the melancholy hits the mark.

Green knows how to create atmosphere and mood born of genuine conviction. 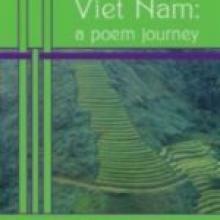 Jenny Powell is a poet and teacher who lives and writes in St Clair, Dunedin.

She has had five previous collections of poetry published, yet it has been six years since a new collection has appeared.

The poems were sparked by a visit to New Zealand of a Vietnamese music teacher, Hao, who lived with Jenny during his stay.

The poems are full of empathy and heart.

"Song of the Deep Moon":

Fate carries us like a thousand clouds
to drift
to whisper under the breath
of wind
to float
across the dreaming sea.
When the wind rises and the sail
is full
I will follow you, pure star
of night
who guides me
across the vast sea.
Close to the hills of home I will
find you
where the light falls from darkness
in threads
of silk
tying us to the moons song.

The poet feels close to her subject.

She talks of her own inadequacy and vulnerability: "Love Song for Jenny (Ha'ng Thi) from Hao" is a wonderful uplifting finale to a finely conceived book of poems.

This is an eloquent testament that's full of potential through repeated reading.

Jenny Powell has a gentle intimacy and sense of authority within her effortless grasp in these poems. Welcome back.

The seventh chapbook is Autumn Waiata by Christchurch poet and reviewer Jeffrey Paparoa Holman. His 16 poems include elegies, set mostly on the Canterbury University campus, along with poems relating to Bill Pearson, Elsdon Best and Hone Tuwhare.

Holman recently published the biography The Story of Elsdon Best and Tutakangahau.

The blank sheet. The blank slate. The blank stare.
Everything in front of me says nothing there
but I know you're here.
The old wounds. The fresh scent. The telltale hair
I found tonight on your dressing gown where
it hangs behind the door.
The dry eyes. The photograph. The slow tear.
You were so beautiful at 19 in the war
with that incendiary Garbo hair . . .

Autumn Waiata is engagingly gentle with hints of circumspect.

He spent time in Dunedin in the early 1970s as a journalist for 4XO.

He lived in Australia for 20 years and is now living in Te Kuiti.

A couple of years ago Oliver came back to Dunedin to launch his book of poems Harmonic (Interactive Publications, 2008). Apocrypha is a neat little sample of his work.

He can convey sadness and snarkiness all at once.