Secrets, lies and the ties that bind

Dunedin poet Sue Wootton’s debut novel begins with one of the main protagonists, Harvey, opening the door to the police. He phones his wife, Isobel, and instructs her to come home from work immediately. Isobel is bewildered and takes some convincing. She has no idea what Harvey has done.

Harvey’s secret crime, and another major sin of omission, form the heart of this novel, set in Wellington and Dunedin. After the introduction, Wootton takes us back in time and the reader learns along the way what terrible truths Harvey has hidden from his family, the decisions he has made, and their irreversible impact. 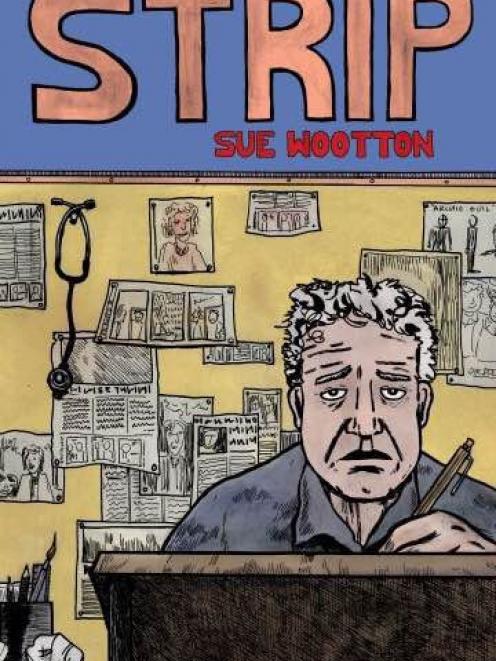 At the beginning of Wootton’s story, Harvey is a GP, but he is also an aspiring cartoonist. He unexpectedly gets a short-term contract to draw a monthly cartoon strip for a medical magazine, and its runaway success launches him into a new career.

While life for Harvey is taking off, Isobel is struggling. She is hardest hit by the couple’s inability to conceive a child. When an unexpected chance to adopt an abandoned baby is presented to them, she jumps at it, although Harvey takes more persuading. But Fleur is a difficult baby and Isobel does not find parenting her easy. Her relationship with Harvey is also tested as his and Fleur’s relationship seems warmer.

Fast forward several years and their adopted daughter is doing well, and the family unit to all intents and purposes a tight-knit and happy one. Wootton paints some delightful pictures of young children’s manic birthday parties, and the rewarding relationship between parents and their young adult offspring.

But the family’s happiness is not to last. Hanging over all is the shadow of Fleur’s birth parents, and then a health diagnosis strikes a devastating blow.

Wootton’s background in health informs this novel, which examines the central medical tenet: first, do no harm. She strips back the veneer of family life to uncover a web of secrets and lies, and shows how the ties that bind can just as easily break under pressure.

This is a book that raises complex and topical ethical issues, but does not pass judgement. Rather, it shows the far-reaching ramifications of actions. It examines the idea of loving "not wisely but too well" and it shows how differently family members react in times of crisis.

It is a thoughtfully written, thought-provoking examination of loss and absence, grief and love.  I was convinced by the characters, captivated by their story, and compelled to read on at every stage.

I found the tone of the book, and its domestic and local settings, similar to Dunedin writer Emma Neale’s latest novel, Billy Bird.  Both poets bring to the prose page equal poignancy and a light touch. I hope Wootton writes in this form again.

•The ODT  has three copies of  Strip,  by  Sue Wootton, to give away, courtesy of Makaro Press. For your chance to win a copy, email helen.speirs@odt.co.nz with your name and postal address  in the body of the email and "Strip Book Competition" in the subject line, by 5pm on Tuesday, November 22.

• Winners of last week’s giveaway, The Wish Child, by  Catherine Chidgey,  courtesy of Victoria University Press, were Lori Hill, of Dunedin, Lyn Keen, of Palmerston, and Janice Madden, of Mosgiel.