The curtain stays down for latest Paquin flick 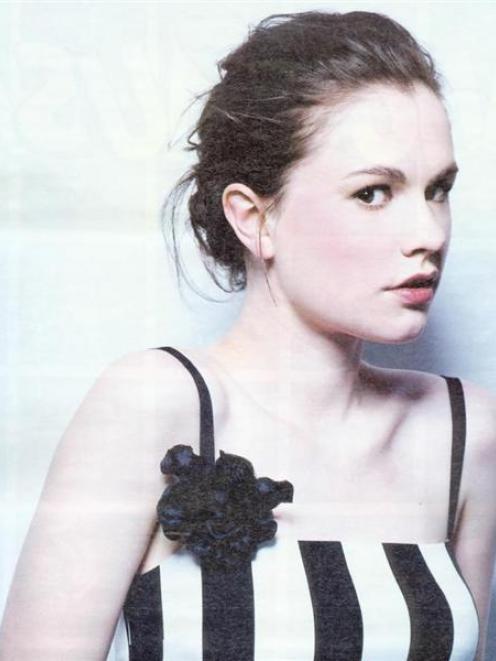 Anna Paquin
A film starring Anna Paquin is tied up in studio wrangles three years after it was shot, John Horn, of The Los Angeles Times, reports.

You Can Count on Me was the kind of Hollywood arrival that every aspiring film-maker dreams about.

Kenneth Lonergan's 2000 directorial debut about two siblings' splintered relationship was a solid art-house hit, it helped launch the career of co-star Mark Ruffalo and was nominated for two Academy Awards - lead actress for Laura Linney and original screenplay for Lonergan.

It was hardly surprising, then, that in early 2005 Fox Searchlight and financier Gary Gilbert were eager to back Lonergan's second turn behind the camera, deciding to co-finance his complex account of a young girl's grappling with guilt and adolescence, Margaret.

But although You Can Count on Me seemed blessed at almost every turn, Margaret has turned into a nightmarish production that has devolved into a bitter court fight.

Despite Margaret's initial promise, it is now uncertain when Lonergan's movie, which was filmed more than three years ago, will ever make it to theatres.

The script by Lonergan, a playwright who has screenwriting credits on Analyze This and Scorsese's Oscar-nominated Gangs of New York, is dramatically ambitious and clearly would yield an R-rated movie.

Running to a sizeable 168 pages, Lonergan's Margaret script reaches in many directions - including the political and cultural mood of post-9/11 New York.

The story revolves around 17-year-old Lisa (Anna Paquin), who may have contributed to a bus accident in Manhattan's Upper West Side.

Lisa's mother, Joan (played by Lonergan's wife, J.Smith-Cameron), is a single mum struggling with parenting and her acting career.

A sexually active teen, Lisa inappropriately flirts with one of her teachers (Matt Damon) while arguing with her classmates about the Middle East.

Lisa ultimately becomes involved in a legal action against the bus operator (Ruffalo).

The film's title comes from the Margaret in the poem "Spring and Fall: To a Young Child" by 19th-century poet Gerard Manley Hopkins, briefly alluded to in one of Lisa's classrooms.

Movie-studio shelves are filled with troubled projects that have been put on hold for any number of reasons, but rarely do they involve someone of Lonergan's standing working with such quality actors and an all-star producing team of Oscar winners - Scott Rudin (No Country for Old Men) and the late Sydney Pollack (Out of Africa).

More unusual still is why, according to one of the film's two lawsuits, Margaret has not come out: Lonergan can not finish the film.

Conversations with a dozen people close to the production, all of whom spoke on condition of anonymity, painted a picture of an endless post-production cycle that left Lonergan and Gilbert clashing and Fox Searchlight sitting on what might be an unreleasable movie.

A number of producers and editors - including Rudin, Pollack and Martin Scorsese's legendary editor, Thelma Schoonmaker - have tried but failed to help Lonergan complete his movie, court documents and interviews show.

With his financing from Gilbert and Fox Searchlight cut off, Lonergan borrowed more than $US1 million ($NZ1.8 million) from actor and close friend Matthew Broderick (who has a small part in Margaret) in an attempt to complete the editing of the movie, according to a person close to the production.

The $US12.6-million film's lengthy post-production sparked two lawsuits, to be tried in June and September.

Last July, Fox Searchlight sued Gilbert and his production company, claiming he failed to pay the studio half of the film's costs.

Two months later, Gilbert's Camelot Pictures sued Fox Searchlight and Lonergan, alleging that the studio and Lonergan thwarted Gilbert's many attempts to finish the movie, forcing Camelot to pay for "a clearly inferior and unmarketable film".

Several people who have seen versions of Margaret say that, while the lengthy movie is not necessarily commercial, it does contain several great performances.

Anne McCabe, who cut You Can Count on Me and was one of Margaret's editors, said Scorsese told her a 2006 version of the film was "brilliant, a masterpiece."

Fox Searchlight hopes the legal fighting can be resolved soon, so that it can submit the movie to film festivals.

But one Fox executive says that, given all the problems with the film, the studio likes to pretend Margaret never happened.

Why Lonergan could not finish a version of the film he liked is central to the dispute.

Even Lonergan's supporters say he is an exacting perfectionist who struggled to find the movie within the footage he shot.

Work on Margaret has stopped.

Fox Searchlight probably will not have any problem putting the film behind it, but the same might not be true for Gilbert and Lonergan.

For them, the film's dilemma mirrors a line from Hopkins' poem: "It is Margaret you mourn for."