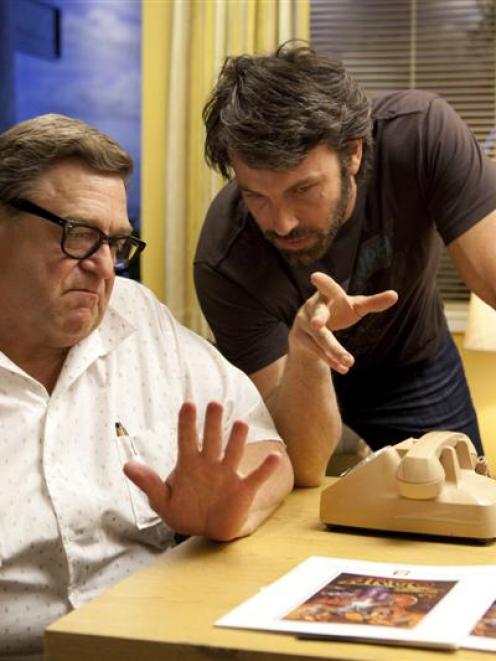 Argo (Hoyts and Rialto) is half a great movie. If life were fair, it would get an extra half-star to show that, but that's not the scale we use. And I am fine with that because Argo falsely claims that Kiwi diplomats in Tehran at the time of the tale refused to help US citizens caught up in the mêlée, just to ramp up the threat in the story.

Leaving out the practical help offered by the New Zealand Tehran embassy staff so as not to overcomplicate things is standard, but to slur us is just not nice.

The year is 1979 and the Iranian revolution has just taken a nasty turn with students storming the American embassy and taking the staff as hostages.

Unknown to the public, six staff managed to escape and were taken in by the Canadian ambassador. Getting them out was a priority, but no-one could come up with a feasible cover story.

That is where Argo comes in.

A science-fiction movie needing desert locations sends its "seven Canadian production staff" to Iran to scout for local colour and then they fly "home" to Toronto.

What could go wrong?

Director Ben Affleck does a terrific job setting this all up and he has a great handle on period detail. Where he fails, is his inability to wrap things up and a comically overdramatic escape sequence which wrecks the previous good work.

Best thing: The cynical Hollywood stuff is pure gold.
Worst thing: This story has plenty of tension without having to constantly overegg it.
See it with: Anyone who gets confused with all this Middle East stuff.