Film Review: 'The Girl with the Dragon Tattoo' 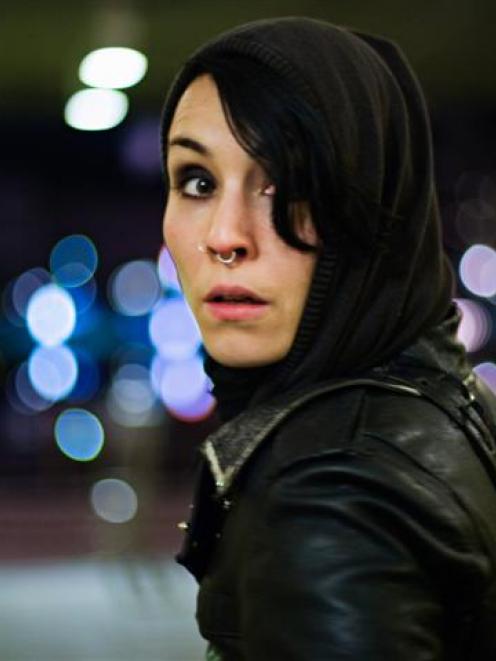 Noomi Rapace as Lisbeth Salander.
With un-Hollywood like restraint, this is a film that gradually reveals a crime much more shocking than could be anticipated.

If Scandinavian cinema was your only point of reference, you might assume that the sun never shines north of Denmark.

So it is with The Girl with the Dragon Tattoo (TGWTDT).

Rich shades of black and blue shroud almost every scene, as a bunch of super-staid Swedes tackle an adaptation of Stieg Larsson's first instalment of the critically acclaimed Millennium trilogy.

Investigative reporter Mikael Blomqvist (Michel Nyqvist) has been found guilty of libel and given a short prison sentence.

His redemption comes via an offer to re-examine the 40-year-old disappearance of Harriet Vanger from an island owned by her wealthy and slightly unhinged family.

Spooked by the unsavoury history of his hosts, Blomqvist forms an unlikely alliance with Lisbeth Salander (Noomi Rapace), an antisocial Goth-inspired geek with issues of her own.

With un-Hollywood like restraint, TGWTDT gradually reveals significant clues that piece together a crime much more shocking than anticipated.

We get no blatant insights that the characters themselves don't possess.

This is critical, as the tension is enough to keep viewers tuned in as the disturbing drama unfolds.

But with more endings than a Peter Jackson film, even the cleverly executed play on "all is not what it seems" is let down by adhering a little too rigorously to Larsson's book.

Worst thing: The length, at 2hrs. Oplev could have trimmed half an hour and lost no impact.

See it with: Any fan of crime-detective dramas.