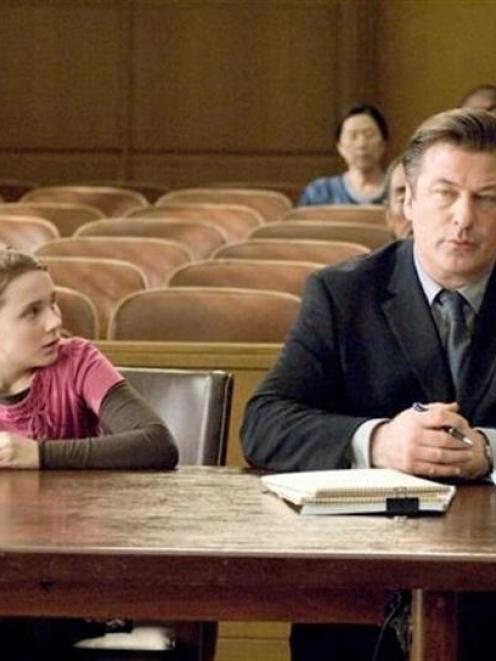 
Lots of people love the angst-filled novels of Jodi Picoult and lots love a great weepy movie, so merging the two should be a success. Sadly, the insipid mess that is the filmed version of My Sister's Keeper (Rialto) does not deliver.

Director Nick Cassavetes had great success with another classic weepy, The Notebook, but that was a romantic weepy which suited his tasteful soft-focus style. My Sister's Keeper is a tragic-disease weepy and fade-outs do not work here.

My Sister's Keeper works so hard to treat a painful subject tastefully that it ends up failing to convince us any of it matters.

Kate (Sofia Vassilieva) has been battling cancer since she was 5. Her tough-love mum Sara (Cameron Diaz) has kept her alive through an effort of will that has left the rest of the family hopelessly looking on.

Sara even had another child, Anna (Abigail Breslin) to act as a perfect donor for Kate. It has all worked up to a point but 10 years on Kate's kidneys are shot and Anna has had enough.

This being America she hires a dodgy lawyer, Campbell Alexander (Alec Baldwin), who sues her parents for medical emancipation.

This movie should be emotionally searing but contents itself with slow montages and voice-overs. With its confused timeline it is virtually unwatchable, despite some fine performances.

Best thing: Joan Cusack as the judge with her own emotional issues becomes the unintentional heart of the movie simply by the camera staying on her.

Worst thing: Enough with the voice-overs. Instead of talking to each other, the entire family talks to us.

See it with: Fortitude.