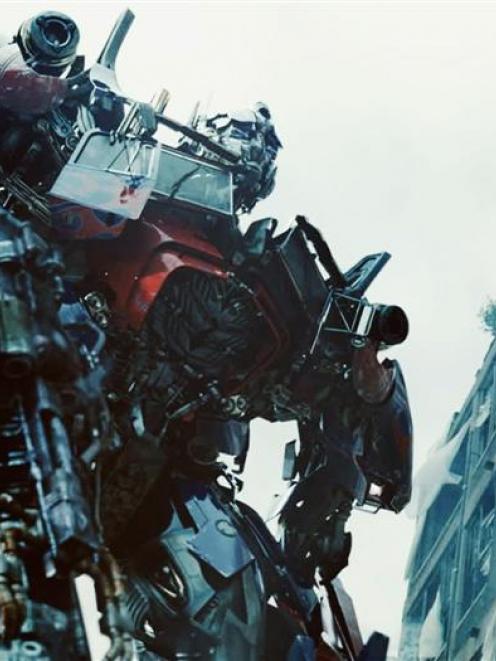 
I have a soft spot for the Transformers movies. They have a charismatic young star, some laughs and a director (Michael Bay) who knows how to take a large object, toss it into the air and make the subsequent explosion look terrific. What more can you ask for in an action movie?

Where things start to get tricky is the eternal problem of sequels. In the first movie you establish characters and fight an enemy. In the second and third the enemy becomes even more powerful but by then the super-powerful enemy thing starts to get a bit lame and the audience drifts away.

Transformers: Dark of the Moon (Rialto and Hoyts) actually has rather a good set-up for the third story in the line. It turns out that the real impetus for the space race was to be the first to investigate an alien crash on the dark side of the moon.

The technology on that craft was vital in the war between Autobots and Decepticons and the fight is on to be the side that controls it. The problem is, the rest of the movie does not live up to the great beginning. The middle section drags and the big battle goes on for too long. Still, Bay knows action and the bits that work really work.


Best thing: An extended sequence in a glass tower block where Bay's mastery of flinging people about is used to perfection.

Worst thing: The new girl is so bland I started to notice the times her special movie shoes became flats when she ran and stilettos when she was standing around looking vulnerable.

See it with: All of us with a fondness for the first two movies. Watching Transformers transform is still fun.