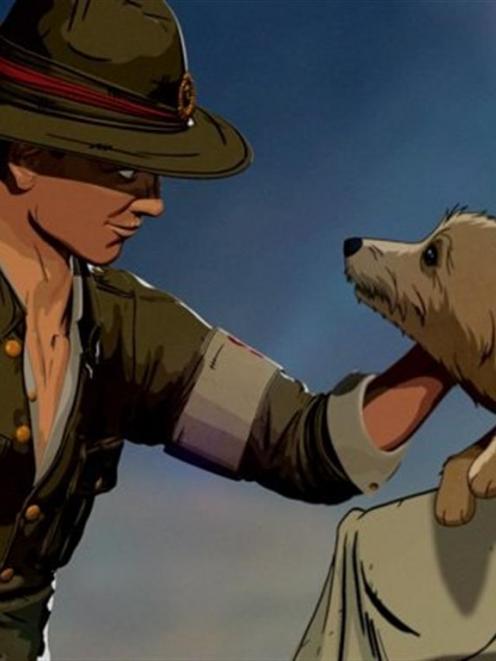 Clearly influenced by Waltz with Bashir, the 2008 animated documentary that scrutinised the 1982 Lebanon War, 25 April (Rialto) is a noble attempt to apply a comparable graphic novel-inspired treatment to the New Zealand involvement in the Gallipoli campaign.

Based on the real-life recollections of six participants in the conflict (five Kiwi soldiers and an Australian nurse), which are presented as fictionalised interviews, the film is an expressionistic and experimental retelling of the appalling sequence of events that began with the landing at Anzac Cove on April 25, 1915.

Director Leanne Pooley (Beyond the Edge) aims for an off-centre visual re-enactment rather than a definitive history lesson, focusing mostly on the individual accounts of the people involved.

Battle scenes are rendered in vivid colour and enhanced using fanciful details, like the blood from a bullet wound forming the shape of a poppy, while life in the trenches is illustrated with a series of lugubrious anecdotes to varying effect.

There's a matter-of-fact detachment in the presentation of these incidents, which is most likely the intention, but it doesn't quite click with the unconventional (and wildly inconsistent) animation style, resulting in an often frustrating viewing experience that grates just as much as it enlightens.

Nevertheless I suspect this will elicit strongly positive reactions from some, and I'd encourage anyone who is at all interested to give it a go.